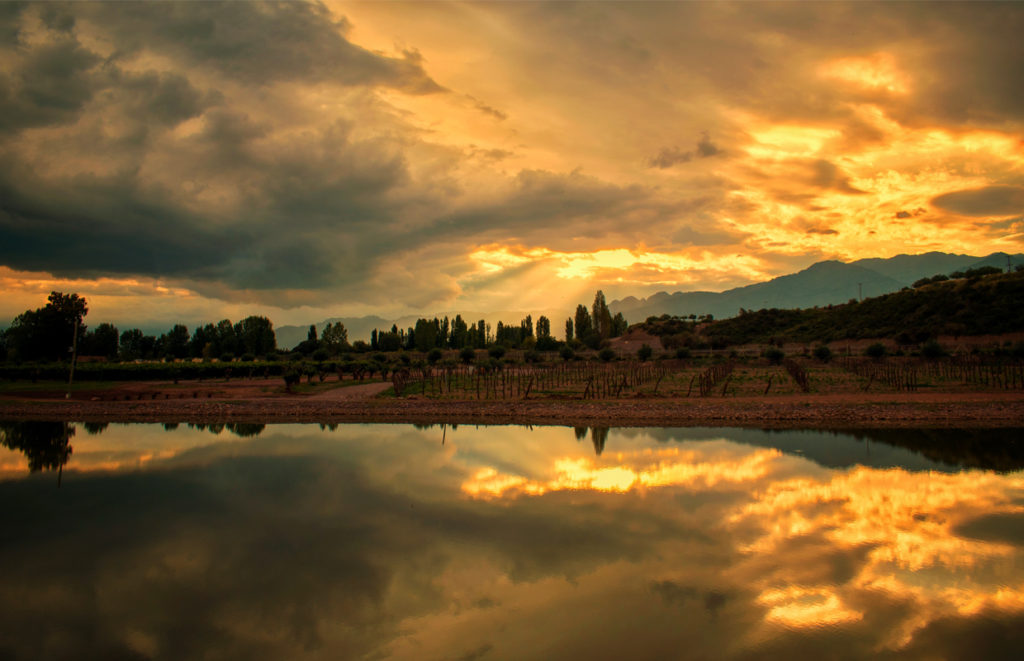 Mendoza is one of the most important wine producing regions on the planet and encompasses a plethora of unique and historic terroirs. One of these is Las Compuertas, a Geographic Indication in Luján de Cuyo, where a number of small enterprises are producing superb wines that express the exceptional character of the region.

One of the wineries entrusted with safeguarding the essence of Las Compuertas is located in Finca Victoria, a property purchased by Héctor and Pablo Durigutti in 2007 that they have since turned into the headquarters of their family enterprise: Durigutti Family Winemakers.

Twenty years ago, new names rarely appeared on the Argentine wine scene, which was dominated by familiar experts and international consultants with global reputations. Among the few that did emerge were the Durigutti brothers, a pair of young winemakers from Mendoza who, after working for several major wineries, decided in 2002 to found their own project.

Thanks to their oenological skills and the quality of their Malbec, they soon became leading figures among the new wave of Argentine producers, enjoying success in a slew of international markets as they gave shape to the project that had long been their shared dream.

Lovers of old vineyards, in 2007 they were able to acquire a 5-hectare vineyard with century-old vines in Las Compuertas, Luján de Cuyo: a key step in their plans for the family enterprise.

“We set out to restore the historical luster of a region and its people, hoping to successfully interpret the land around us,” says Héctor Durigutti as he looks back to a time when most people were investing in vineyards in the Uco Valley. Rather than breaking new ground they decided to focus on a region of Mendoza with an extensive viticultural history, naming the property Finca Victoria in honor of their mother.

The vineyard now has 36 organic certified acres under vine where plants that date back to 1900 sit side by side with new vines that share the same genes. “At Finca Victoria we offer a comprehensive range of tourism activities that help visitors to get in touch with nature, the land and local traditions through wine and food-based experiences,” says Pablo Durigutti.

The different activities offered by Durigutti Family Winemakers begin with the Visitors Center, where one can taste all the winery’s output at the bar or enjoy lunch at the brand new “Restaurante 5 Suelos” (opening in October 2021), while those hoping to wake up surrounded by vines can choose to stay at the private guest house, Casa Victoria.

Located in the heart of Las Compuertas, a historic wine producing corridor in Luján de Cuyo, Finca Victoria has become a model establishment in terms of agroecological and sustainable practices and has also implemented several initiatives to preserve the region’s cultural and environmental heritage.

“Las Compuertas is a place with rich history and traditions and we have been working hard to preserve its cultural heritage. Our goal is to conserve the 300 hectares of vineyard that make up this GI to protect them from the extraordinary expansion of urban developments that have already wiped out many vineyards,” says Héctor.

All the fruit harvested here is made into wine at the winery opened in 2021 which possesses facilities that allow for minimal intervention so as to preserve the character of region as truly as possible.

Among the different distinctive characteristics of Las Compuertas, the Duriguttis note that it’s the highest region in Luján de Cuyo with an altitude of 3450 feet above sea level, giving it the coolest climate in Primera Zona, the traditional wine producing region made up of Luján de Cuyo and Maipú.

And because it’s on an alluvial terrace created by the Mendoza River, the soils are diverse, meaning that rocky profiles rich in calcium deposits might sit side by side with deep soils where the stones brought by the river are mixed with clay, lime and sand.

Another important aspect of the terroir is how the vines are managed: “the ancient practice of flood irrigation is a distinctive part of vine cultivation here,” says Pablo.

Creating a style of wine that also speaks to the identity of its makers is no small task but Héctor and Pablo Durigutti have imbued each of their labels with their own personal hallmark.

Over the years they have expanded their portfolio to include the Durigutti varietals – the youngest line – Durigutti Reserva, Gran Reserva and Familia Durigutti which are made with grapes from different regions in Mendoza.

Today, these and other brands are joined by the Finca Victoria initiative: a collection of labels that express the terroir with subtle purity.

Thus were Proyecto Las Compuertas varietals born, all of which are fermented in concrete, with only a few going on to age in oak foudres. Stand outs include a red Criolla Chica, an exotic Cordisco, a Charbono (or Bonarda), the first Cabernet Franc made in Las Compuertas and two Malbecs: Malbec 5 Suelos, the result of an exhaustive study of the soil types at the vineyard and Malbec 1914, which was made solely from the oldest parcels of vines on the estate.

Meanwhile, the flagship wine of Durigutti Family Winemakers, Victoria Durigutti, is a blend of Malbec, Cabernet Franc, Petit Verdot and Cordisco, all from the same vineyard, using grapes from the oldest and best vines, and is the ultimate expression of the vineyard as a whole. It is a homage to life, a tribute that bears the name of the siblings’ mother.

“We wanted to make ourselves a part of a valuable landscape, Las Compuertas, and to begin a legacy in the region where we have decided to live and work along with our families. We feel a deep obligation to honor the traditions of this historical viticultural region and to become interpreters of a unique terroir.”

A recipe for coxinhas: the delicious Brazilian street snack