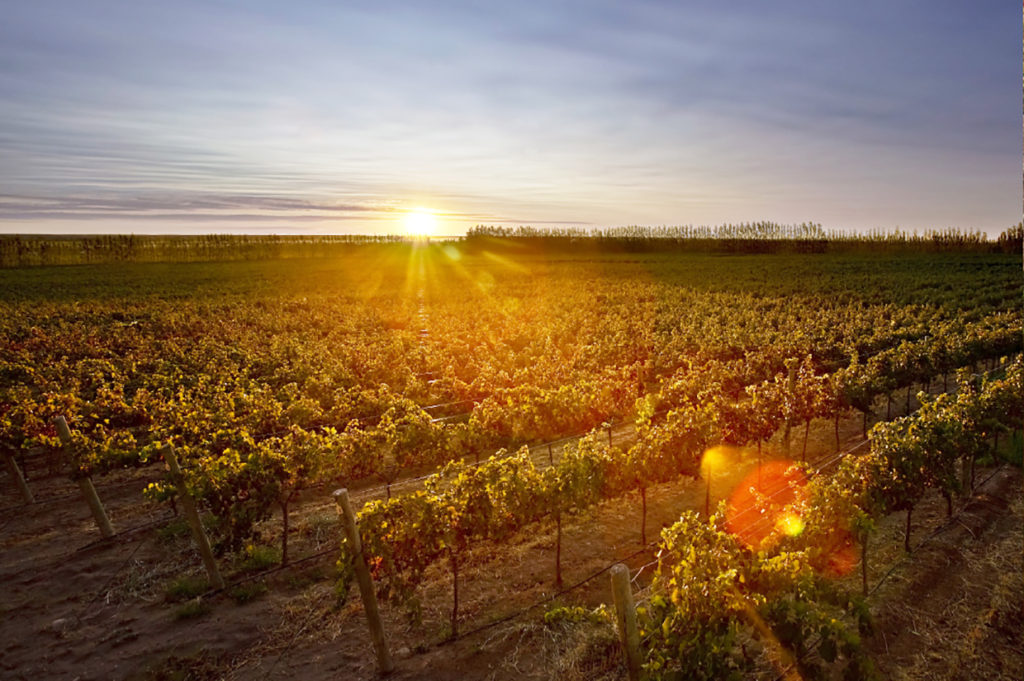 Having made its first appearance on the Argentine wine making scene toward the end of the 20th century, the Province of Neuquén has become a key player in the Patagonian wine industry with its modern, expressive wines.

In the mid-1990s, a period when the traditional wine producing regions of Argentina were implementing a historic process of reinvention that would transform the industry and the style of its wines, the Province of Neuquén introduced the world to a new wine making hub: San Patricio del Chañar.

San Patricio del Chañar, the birth of the terroir of Neuquén

Thanks to the vision of a local businessman, Julio Viola, the development of a complex drip irrigation system using the snowmelt run-off from the River Neuquén converted the arid landscape of the Patagonian steppes into a winemaking oasis that now boasts 1766 hectares of vineyard.

Later on, at the turn of the century, the first wineries of San Patricio del Chañar appeared: Bodega del Fin del Mundo, Bodega Malma, Familia Schroeder and Secreto Patagónico, and they soon made a name for themselves in the market with modern, intense and expressive wines that reflect the unique terroir in which they were made.

Today, the future looks rosy and now that the vineyards are mature, the quality of the fruit in San Patricio del Chañar has caught the attention of specialists to such an extent that the Grupo Peñaflor has made itself the latest player on the scene, with plans to launch their first wines in 2022.

San Patrio del Chañar has several aspects that differentiate it in comparison to other terroirs in Argentina, even those of Río Negro, the neighboring province.

“We’re in an arid area with clear skies and long summer days because of the latitude, quite far away from the mountains,” says Julio Viola (son), the winemaker at Bodega Malma. “A priori, you’d think that makes this a warm region, but the latitude keeps the air cool, making for balanced grapes.”

Humidity is very low in this part of the province – annual rainfall is just 140mm – and together with the latitude this generates sharp variations in temperature between day and night, ensuring good natural acidity.

The significant amount of sunlight allows the tannins to ripen gradually, resulting in high phenolic concentration.

“When you see the average temperatures for Chañar you find a sharp parabola: in spring and autumn you get lower temperatures while in January it’s milder. These extremes are key for the region,” says Ana Viola.

The ceaseless, intense winds of Patagonia are another important factor in defining the wines of this terroir. To protect themselves, the grapes develop thick skins that naturally bring more concentrated color and structure.

These winds also help to ensure the health of the vineyard. This in turn means that products to prevent or combat diseases don’t need to be applied thus conserving the purity of the region and the character of each grape variety.

“The soils here are very diverse: although sandy loam is most common, there are also areas with high concentrations of calcium, stone and lime. This allows us to produce a range of different profiles depending on the variety or blend, says Juliana del Águila Eurnekian, owner of Bodega del Fin del Mundo.

Wines of the wind

Like elsewhere in Argentina, Malbec is the most extensively planted variety in San Patricio del Chañar accounting for a third of all surface area under vine.

As one would expect, the profile of the variety here, where the altitude is 1150 feet above sea level at a latitude of 38° Sur, is quite different to those of other regions.

“Malbec from San Patricio del Chañar has a few quite distinctive qualities: the freshness one obtains from the concentration of acidity, which we get naturally, the floral aromas and the dark fruit. On the palate, they’re free-flowing wines with inviting textures and lovely fluidity,” says the winemaker at Bodega de Fin del Mundo.

However, the region is also renowned for another variety; Pinot Noir, and it’s one into which the wineries are putting a lot of effort. “We were surprised by how well Pinot Noir adapted, it’s developed a very different style to what you see in the rest of the country,” says the oenologist Leonardo Puppato, creator of ten labels that employ the variety for Familia Schroeder.

“We’ve achieved excellent ripeness, good health and, most of all, consistency across different vintages.”

Thriving in the climatic conditions of San Patricio de Chañar, Pinot Noir develops a modern, expressive profile with good concentration of flavor, a pleasant texture and a profound aromatic profile with notes of fresh sweet and sour cherry, candied fruit and earthy flavors.

But the wineries of San Patricio de Chañar are also enjoying great success with varieties such as Cabernet Franc, Merlot and Syrah as well as flavorful Bordeaux blends such as Malma Universo Blend, Fin del Mundo Special Blend or the special edition of Familia Schroeder Blend.

Among the whites, stand out varieties include Semillón, Chardonnay and Sauvignon Blanc, and efforts are well under way to define the distinctive character of whites from the region.

Located less than 30 miles from the capital of Neuquén, this wine producing enclave has also become an attractive destination for enotourism: all the wineries can be toured and organize tastings and trips around their vineyards.

Dining is also an alluring option: there are a couple of high-end restaurants at the Familia Schroeder and Bodega Malma wineries where Patagonian specialties such as lamb and rainbow trout are served, pairing perfectly with local wines.

SuperUco, a visceral expression of the Uco Valley

A recipe for coxinhas: the delicious Brazilian street snack