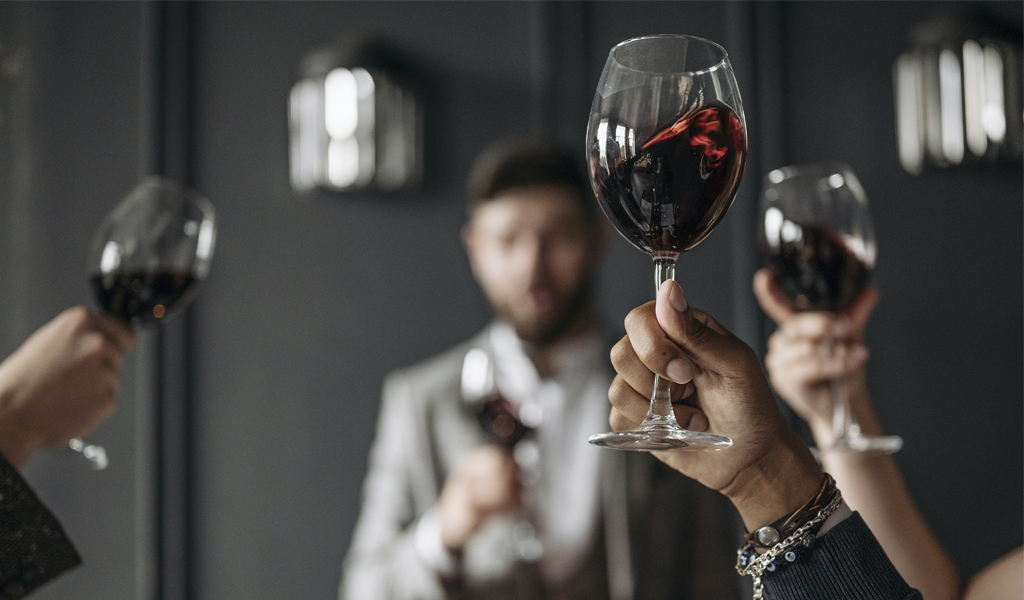 Hi guys! How’s is going? I’m doing great! It’s Halloween! I don’t celebrate it like I used to of course but the decorations and kids dressed in their costumes bring back fantastic memories…

Now that I’m a grown-up, I’m the one giving out candy but I’m partying in my own way: enjoying the world of wine! And right now, I’m interested in Argentine Merlot.

Some friends suggested I visit Gary’s Wine & Marketplace, a cool wine store in town. I loved it! And it’s also where I learned about Merlot Day.

So, you’re probably wondering what it’s all about. Of course, it has nothing to do with skeletons, zombies or pumpkins but wine has its own hashtags and each is a journey in its own right. Listen, to paraphrase Billy Eilish, and I’ll tell you before I go…

The origins of Argentine Merlot, a major variety

Merlot is a grape that first appeared in Bordeaux, France, and it’s used for red wines. It became popular in the middle of the 19th century and was named after the blackbird; merle in French, because of its dark purple color. Isn’t that great? Everything begins and ends with nature.

After Cabernet Sauvignon, Merlot is the second most commonly grown variety in the world.

Wines made with Merlot are smooth, aromatic and elegant. I read that it’s very versatile and goes beautifully with red meat and fish. What else can you pair it with? Let’s see… Blue cheese and parmesan, and when it comes to vegetables carrots and roasted squash are classic pairings.

Merlots tend to be a vivid, attractive ruby red with a purple sheen. I love them.

Because I already know that I love wines from Argentina, I decided to see what kind of Merlot I might find down south.

Is there such thing as Argentine Merlot? Of course there is. It’s been around since the 19th century although it’s not the country’s most popular variety. I read that actually it once was but today other varieties like Malbec, the country’s iconic grape, are more commonly seen. Recently though, Argentine Merlot has enjoyed a resurgence and that makes things interesting for intrepid explorers like me.

A little while ago I spoke to you about terroir and high-altitude wines. Well, Merlot vines grow in cool, high terroirs with clay-based soils. Apparently today in Argentina there are only 5000 hectares of Merlot vines, so each bottle is unique; something to be cherished.

So where do you think most Merlot vineyards are to be found? In Mendoza of course! The main region is the Uco Valley, already a beacon for wine lovers everywhere.

But it’s not just found in Mendoza: other provinces like San Juan, Río Negro and Neuquén (the latter two in Patagonia, a lovely place I’ve seen in photos but would love to visit some time, maybe after the Harvest Festival in Mendoza) also contain Merlot vineyards… Sometimes I fantasize about being on an eternal road trip like you see in the movies.

The Argentine incarnation tends to offer aromas of redcurrants, sweet pepper, cedar and spices with a fruity flavor in the mouth.

And it also enjoys cool climates which is why it tends to be grown at altitude or to the south of the country where temperatures get pretty low in winter.

But why don’t I recommend a few Argentine Merlots so you can join me on my adventure and judge for yourselves? To start with, you might like to try Humberto Canale Estate Merlot, Kaiken Ultra Merlot from Luján de Cuyo or Casa Ambrosia Merlot from the Uco Valley.

And maybe it you’re ready to take the next step, you could go for Riccitelli Old Vines from Patagonia Merlot, Rutini Single Vineyard Altamira Merlot or Pulenta Estate Gran Merlot.

I hope you have a great Merlot Day enjoying a lovely glass of Argentine wine. If you’ve taken my advice and opened a bottle from Argentina, why not let me know what you think? Cheers!

If you enjoyed this article you might like to read more about Argentine wines: Essential red wines from Argentina

Bodega del Desierto, a pioneer in wines from La Pampa

Canadian Cuisine and Argentine wines: a host of new pairings to discover