Posted inMeet the Wineries
Posted by By Wines of Argentina 26 October, 2021 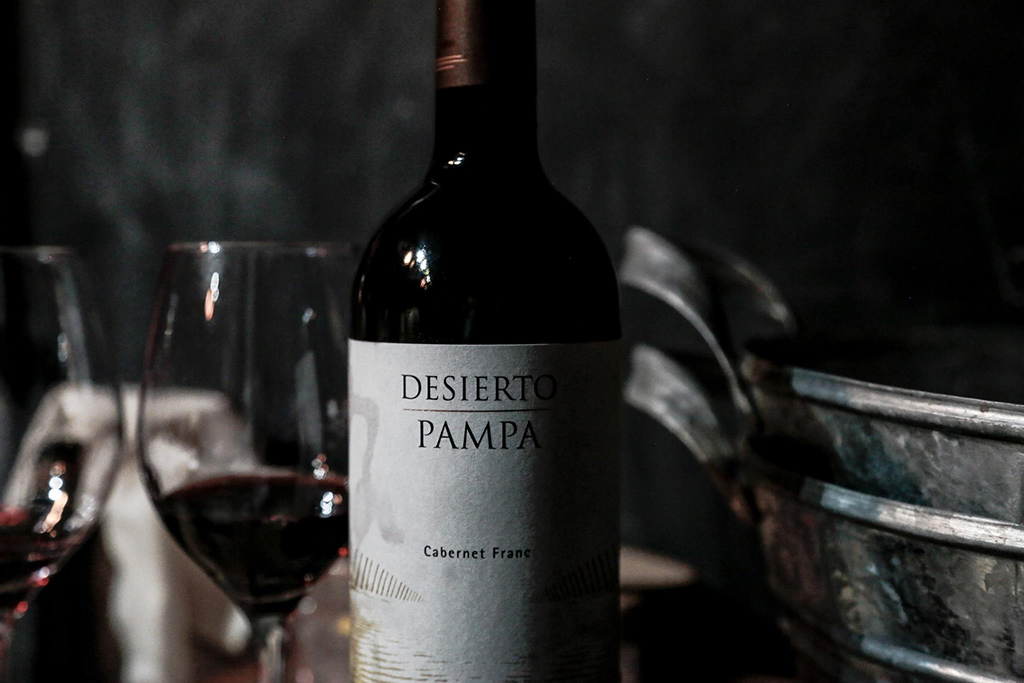 The founding of Bodega del Desierto in 2001 was the first step in the exploration of an as yet unexplored region on the Argentine wine scene: the Alto Valle of the Río Colorado, in the Province of La Pampa.

In the year 2000, the region on the northern edge of Patagonia only had eight hectares under vine. Bodega del Desierto, which is located in the 25 de Mayo district, has made an enormous contribution to the expansion of viticulture in the region with the figure now standing at 300 hectares.

The enterprise was the brainchild of a group of businessmen who saw potential in the deep, sandy soils and their varying rock content. These characteristics, in addition to the continental climate, low rainfall and mild to cool temperatures seemed a challenging but promising landscape in which they planted Cabernet Sauvignon, Cabernet Franc, Merlot, Syrah and Chardonnay.

Two years after it began, the enterprise was justified by the initial results and the vineyards expanded to include Malbec, Pinot Noir, Sauvignon Blanc and Viognier across a surface area of 140 hectares.

“Managing the vines well was crucial,” says the oenologist Sebastián Cavagnaro, who works as an advisor to the winery along with the American expert Paul Hobbs.

“The wind never dies down in the area, rainfall is scarce and the soils don’t have much organic material, allowing us to control how vigorously the plants grow. Our main challenge was to maintain enough of a canopy to protect the grapes from the sun and wind. That way we were able to achieve a better balance between the productive and vegetable parts of the plant,” says the oenologist

As they learned how to take optimal care of their vines, they also imported oak barrels from France and the United States. The winery itself became a reality following refurbishment of pre-existing 2500 square meter installations for production and storage.

“Today, over seventeen years after the first harvest, which was in 2004, Bodega del Desierto continues to transcend expectations about southerly viticulture. Every year we spend in the Patagonian desert reveals more secrets that are then transformed into captivating aromas and flavors,” says Cavagnaro.

“Our experience and the consistent quality of our wines year on year have encouraged others to begin viticultural projects in other valleys in the Province of La Pampa, all of which see the wines of Bodega del Desierto as an example”.

Wines of the sun and wind

Today the establishment has a storage capacity of 1.2 million liters split between stainless steel tanks and 500 barrels. It also uses the latest technology to preserve all the character that the grape brings from the vineyard at harvest time.

Stainless steel machinery, pneumatic presses, vibrating tables to preserve the skins, an optical grain selector, refrigeration equipment to control alcoholic fermentation and a packaging and labeling machine with a capacity of 2800 bottles an hour represent just some of the advanced equipment used.

“The style of our wines is clearly influenced by the terroir: plenty of sunlight, loose soils, winds that thicken the grape skins and cool nights that provide a wide thermal range,” continues Cavagnaro.

“These are wines with excellent aromatic profiles in the case of the whites and the sparkling wines. Among the reds, the most complex are the Reserva and Gran Reserva thanks to the polyphenols developed by the plant.”

Among these general characteristics, the oenologist highlights the quality of the Cabernet Franc produced by Bodega del Desierto. “We’re achieving excellent results and are even making whites and sparkling wines with the grape that have received very good reviews. Our Cabernet Franc 2005 was the first wine from Argentina to win a Grand Gold Medal at the World Wine Contest in Brussels in 2007. That was very important because it represented validation for the region and also a variety that was rarely seen bottled on its own at the time.”

The significant success of the varietal led to the development of the most recent line:  Desierto Astral, blends of mostly Cabernet Franc and other varieties such as Chardonnay, Sauvignon Blanc, Malbec, Merlot, Cabernet Sauvignon and Syrah.

The winery also produces the lines Desierto 25 (blends of barrel aged, unaged and oak chip infused wines), Desierto Pampa (which spends between 15 and 18 months in barrels, as well as a late harvest) and Pampa Mía (sparkling wines that spent a year in lees and rosés).

The energy of the enterprise has been a common factor throughout along with the lessons learned from a region that was only recently opened up for viticulture.

“The outlook for the future is excellent because we have the ability to grow healthy vines in a disease-free context with enough water, a supportive climate and a region, Patagonia, that is gaining international renown.

“And we also now have plenty of experience making accomplished wines. Our ongoing challenge is to get the best attributes out of the Patagonian desert so as to produce distinctive, very high quality wines.”