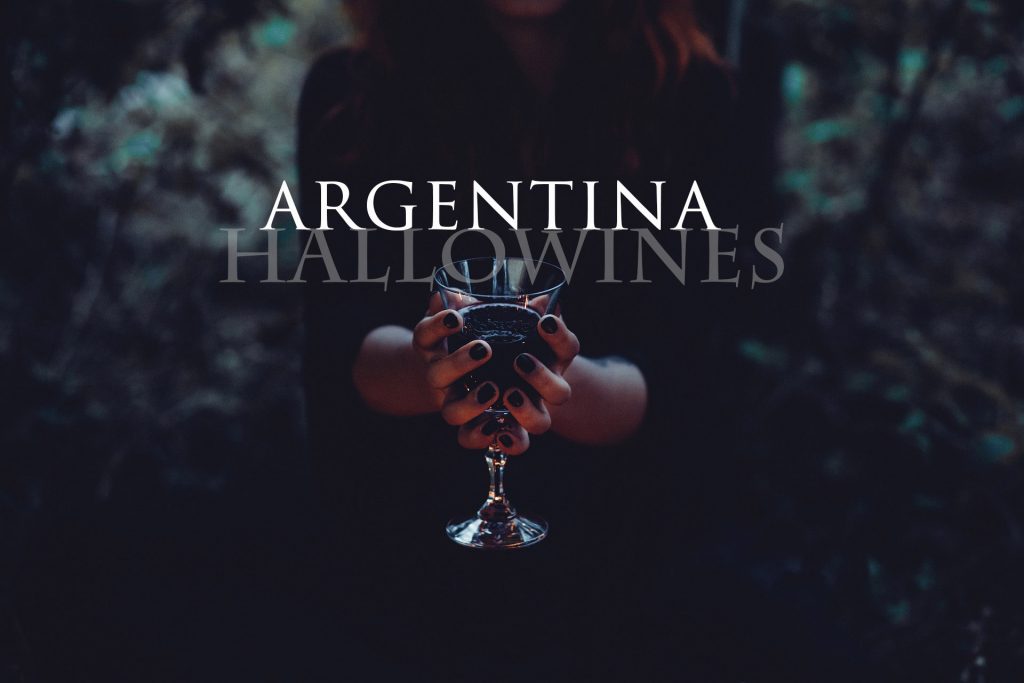 Getting into the spooky, playful spirit of Halloween, several vineyards and cellars would appear to have opened their doors to the netherworld, giving rise to a series of labels that pay homage to bewitching and terrifying tales of horror. At the end of the day, every brand is a story and we can’t get enough of them.

For this Halloween, here are a few labels whose look, story or concept make them the perfect thing to open in spine-chilling candle light.

The story is universal: cultures across the globe tell of a headless horsemen on the hunt to right the wrongs that saw him beheaded. And talking about losing your head, the pure, delicious fruitiness of this Franc is enough to blow your mind. Uncorking it is a fitting tribute to Washington Irving’s classic tale set in Sleepy Hollow.

Inspired by 50s horror movies, this label presents us with a hooded, faceless figure clutching a glass of red in the moonlight, surrounded by ominous black clouds. A blend of Malbec and Cabernet Franc, this ‘intriguing, mysterious Red Blend,’ as it’s described on the label, just needs you to dim the lights a little to truly come into its own. When better than Halloween?

The ancient inhabitants of Siberia believed that a Shaman (‘he who knows’ in the Tungu language) bridged different worlds with his visions. The term is applied to many different animist rituals that involve going into a trance that takes one into different dimensions and worlds. This Malbec made in La Consulta, Mendoza, might not quite cause visions, but it does offer a little magic with its flavours. Take a Shaman’s advice: a corkscrew is good first step on the path to other worlds.

Anything that defies the laws of physics and reason is regarded as supernatural. This Bonarda, made without sulphites, is certainly otherwordly. It might not look particularly sinister or spooky but anyone searching for something different is bound to enjoy this hallowine from Bodega Chakana (whose name refers  to the Inca Cross, which symbolizes the link between a higher plane of existence and the under- and everyday worlds).

There isn’t a culture in the world that doesn’t tell a gruesome love story or two. This label was inspired by a haunting crime of passion committed in the ‘alley that leads up to the winery’ back in the 1960s. But anyone tempted to shed blood for love can soothe their rage with a kiss from this juicy Malbec.

You’d think we’ve heard enough about bats this year, let alone giant ones, but this Argentine Hallowine label is actually inspired by childhood memories. Rodolfo ‘Opi’ Sadler, a virtuoso oenologist, says that the family winery’s cellar was full of bats. He used to enjoy banging on the door and watching them swarm out through a skylight. When they were naming wines at Mascota Vineyard, they chose this one for their Cabernet.

This label presents an allegory of death drawn from the history of Malbec, when phylloxera accounted for so many European vineyards only for it to be reborn in the new world. And the miracle is paid due tribute by this exceptional exponent of Argentina’s classic grape.

Given how central masks and costumes are to Halloween traditions, Vinyes Ocults must be first on the guest list, especially if you’re into calacas – Catch masks – and skulls. This Malbec, which was made with carbonic maceration, features a label depicting a skeleton languishing in the sun in a vineyard peering longingly at a glass of wine. The gloomy scene is wholly off-set by the smooth, perfumed experience of drinking the red itself.

Students of the scriptures know that Samael is the fallen angel, whose name in Ancient Hebrew means ‘Poison, or Blindness of God’. Samael came down to earth to sow the seeds of discord, self-awareness and rancour. More drastic interpretations have him slipping poison onto the lips of mortals. Whatever you believe, this blend by the iconoclastic oenologist Lucas Niven is closer to manna than the proverbial poison.

And that’s just a few, other wines to invite to your Hallowine party include Callejón de Brujas (Witch Alley) and Buscado Vivo o Muerto (Wanted Dead or Alive), the wild Demencial (Demented) and Desquisiado (Unhinged) – the latter featuring a howling wolf on the label – or the ghost of Coquena who haunts anyone foolish enough to hunt vicuña in the northern valleys.

Did you enjoy this article? Keep reading, NEW AND ORIGINAL WINES MADE IN AMPHORAE FROM ARGENTINA

New and original wines made in amphorae from Argentina

Why try an Argentine Petit Verdot?