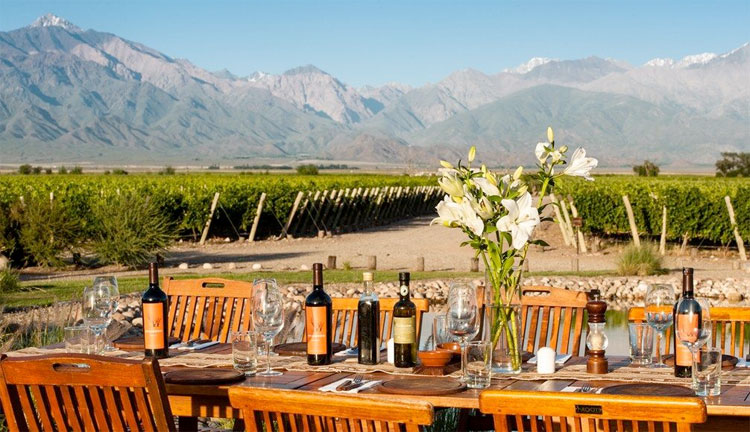 The end of 2021 is fast approaching, a time when many people step back to take stock of where they stand. The argentine wine industry is no exception in that regard: it’s a good moment to present an overview of its viticulture. With its focus on innovation, today Argentine wine is a very inclusive sector in terms of gender and environmental initiatives with a diverse range of stakeholders and trends for the future.

But these variables are subjective: when it comes to hard numbers, the data also offer plenty of reason to celebrate. The industry is expanding and there’s good reason to be excited about the future. Below we share an overview of the argentine wine industry featuring some of the most important, and toast-able, statistics.

An overview of the Argentine wine industry

It might come as a surprise, but Argentina is the fifth largest wine producing country in the world behind Italy, Spain, France and the USA. With 215 thousand hectares under vine, Argentina produces wine in 14 of its 23 provinces.

Just a few weeks ago, one of the remaining provinces, the City of Buenos Aires, named its Devoto neighborhood as the start of the wine routes of Argentina: there, around the San Martin railway line, wines from top wineries have been bottled and delivered since the early 1980s, making it a crucial cog in the industry.

Founded by immigrants, the local wine industry caters to both export and domestic markets, the latter nourished by a firmly rooted culture: you won’t see a family meal, gathering of friends or even a TV series binge without wine on the table.

Out in the world

But still, there’s plenty of wine left over to export. In just over 30 years, setting an initial date of 1990, the world has been introduced to, drunk and chosen a range of wines from the argentine wine industry.

Of overall output, today about 10% is made for the export market which in 2020 represented an income of 791 million dollars, a figure that will be exceeded in 2021 as even by October it was 12.4% higher at 844 million dollars.

Malbec accounted for 23% of exports in 2020. A red initially made for the export market, it has since become a favorite of local consumers as well.

Most of this success is due to the work of wineries who stayed on track in spite of difficulties for many years over the exchange rate.

And just as important was the work done by Wines of Argentina promoting Argentine wine overseas in key markets: developing specific content for each as well as a focused digital strategy and organizing summer events in the USA and Canada.

If one distributes the amount of wine produced in 2020 in the country between every member of the population, they get a magic number: that year, 33 liters were made per person. Of course, that includes those who aren’t yet of drinking age.

Looking at it a different way, removing exports, minors and the bottles that were stockpiled, average consumption during the pandemic year was about 20 liters; not bad at all for the argentine wine industry. It’s proof that wine is an ever-present for special occasions across Argentina.

The number of wineries

There are about 1247 registered wineries in Argentina according to data from the Viticultural Observatory. However, not all are currently operating. In fact, during the 2021 harvest only 871 actually pressed grapes. In the last ten years, a production peak was reached in 2010 with 984 operational and 1330 registered wineries.

The workforce and wealth

Because wine is a value-added product, it generates both direct and indirect employment. As a comparison, every 100 hectares of vines cultivated generate employment for 72 people; the figure for soybeans is just 2.

So, wine provides jobs directly for 150,000 people and is a direct or partial source of income for around 400 thousand. Measured as a generator of wealth, wine is the complex agri-food export that provides the most added value; each hectare of grapes generates, on average, around US$ 4800.

That’s almost double a hectare of peanuts, which comes in at US$ 2683, and 5.6 times that of soybean exports (US$ 857, data from the Viticultural Observatory).

Between 2018 and 2020, wine consumption has increased by about 10% while figures for the first six months of this year suggest an overall increase of 21%. Per capita consumption is projected to be around 22.5 liters this year, a bump that has a lot to do with the price and quality of the product.

Claroscuro: the art of wine