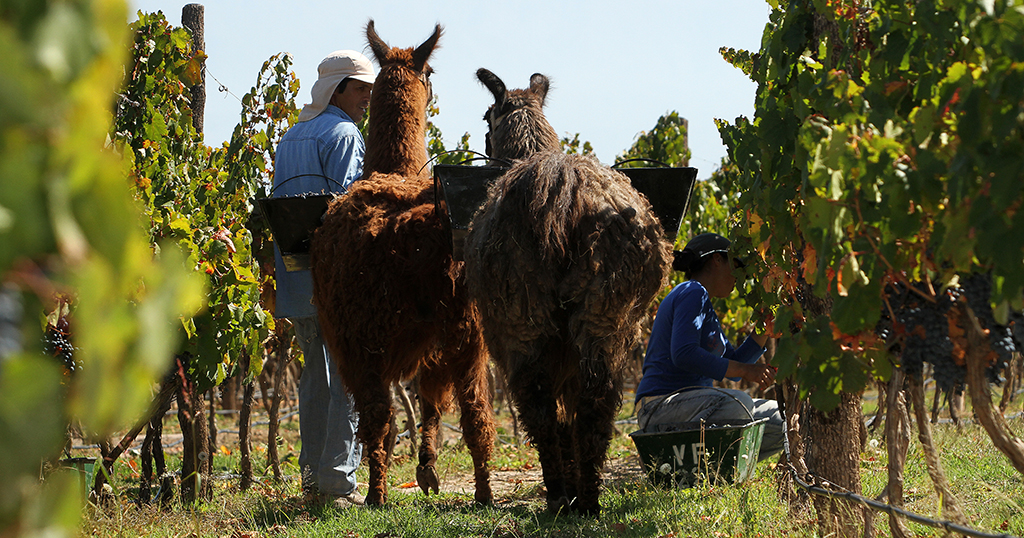 As the eighth largest country on the planet, our country has a wealth of natural diversity featuring different climates, geographies and cultures that combine to produce an outstanding wine industry. While for the past two decades Malbec -from all the wines of Argentina being produced- has been the flagship with which local vintners have seduced palates across the world, the largest producer of the southern hemisphere also offers an enticingly diverse range of other wines.

Argentina’s rich viticultural heritage encompasses most of the most famous grapes as well as a valuable cluster of native varieties. While it is home to some of the highest and most southerly vineyards in the world, the different styles being developed by producers offer a further dimension of unique experience.

In short, while many think that Argentina can be summed up with its Malbecs, they really are just one of many different options that can be obtained in the country. In fact, one might say that Argentina is synonymous with diversity.

Wines of Argentina, a thousand possibilities

The image that immediately comes to mind when you think of the wines of Argentina are rows of vines with the snowy peaks of the Andes in the background. This is the postcard image of Mendoza, the largest wine producing province, responsible for 70% of the country’s output.

However, vines have been cultivated for the past three centuries in many different regions of Argentina’s vast territory. In addition to those snowy peaks, we need to include other landscapes: high altitude deserts bristling with huge cacti in the north of the country; lost vineyards nestled in the central valleys of Córdoba where the vines weave their way around the spiny native forests, or the far south where rows of vines stand side by side with the lush trees and ferns of Patagonia.

In fact, Argentina has vineyards in at least fourteen of its twenty-three provinces and they can be grouped into four wine-producing clusters: the North, Cuyo, Patagonia and the Atlantic.

Each of these regions has its own distinctive geological and climatic character. Studied in detail by curious winemakers and agricultural scientists, they define the identity of their wines within a naturally pure context. This range of diversity stimulates enthusiastic locals and experts from all across the world.

Between 1860 and 1910 6 million immigrants came to Argentina from Europe bringing with them a plethora of tastes and oenological knowhow, as well as a range of grape varieties from different areas. In fact, viticultural records show that 167 different varieties have been planted in the country.

Some of these became popular, such as Malbec and the Bordeaux varieties in general, while others, such as Cordisco or Graciana, were quietly forgotten. But beyond commercial success, a large group of grapes have become a focal point for research and innovation. In both blends and varietals, this heritage is key to a real understanding of the country’s diversity. And there’s another plus much appreciated by scientists: in addition to boasting pre-phylloxera genes, they’re planted directly in the soil – not grafted.

A statistical breakdown shows that Malbec accounts for 22% (43,000 ha) of total surface area under vine followed by Cereza, a native criolla grape, with 12% (27,200 ha), and then Bonarda, also known as Charbono or Corbeau, with 8.5% (18,500 ha). These three varieties represent 40% of total surface area while the next 25 varieties, with which at least a thousand hectares are under vine, account for another 53%.

Today, this range offers a reach seam of creativity for viticultural professionals to mine whether they’re working with high quality whites, reds such as Cabernet Sauvignon, Cabernet Franc and Pinot Noir, or reviving the heritage of native Criolla grapes. In fact, the criolla grapes Pedro Giménez and Torrontés Riojano were first bred in colonial times.

DNA experts have now identified at least twenty-two grapes that are native to Argentina, almost all of which are descended from Listán Prieto and Muscat of Alexandria which were brought by Jesuit monks to the Americas in the 15th century.

Meanwhile, in the world of sparkling wines – of which Argentina is the biggest producer in the new world – mountain vineyards look to be the future on a planet hit ever harder by global heating.

Another increasingly popular segment is organic and biodynamic wines. Thanks to the natural conditions and the hard work of vineyard technicians, more and more wineries are implementing protocols to promote environmental sustainability, biodynamic practices and natural management of vines.

In 2020 the first collective of organic producers was founded: Vinodinámicos, who exchange information to help each other improve their methods and achieve certification. To date, twelve wineries feature in the group and the surface area under vine with certified organic vineyards is 4 thousand hectares.

As you can see, the result of all this diversity is that every time you think you have a handle on the wines of Argentina there’ll always be a winemaker out there coming up with a new surprise. Argentina is a land of opportunity and its wine scene is a leading example.

If you’d like to read more about the wines of Argentina, click here: Luján de Cuyo, the first D.O.C. for Argentine Malbec, is relaunched

Finca Buenaventura, the search for the perfect expression of an Uco Valley terroir