Posted inMeet the Wineries
Posted by By Wines of Argentina 2 December, 2021 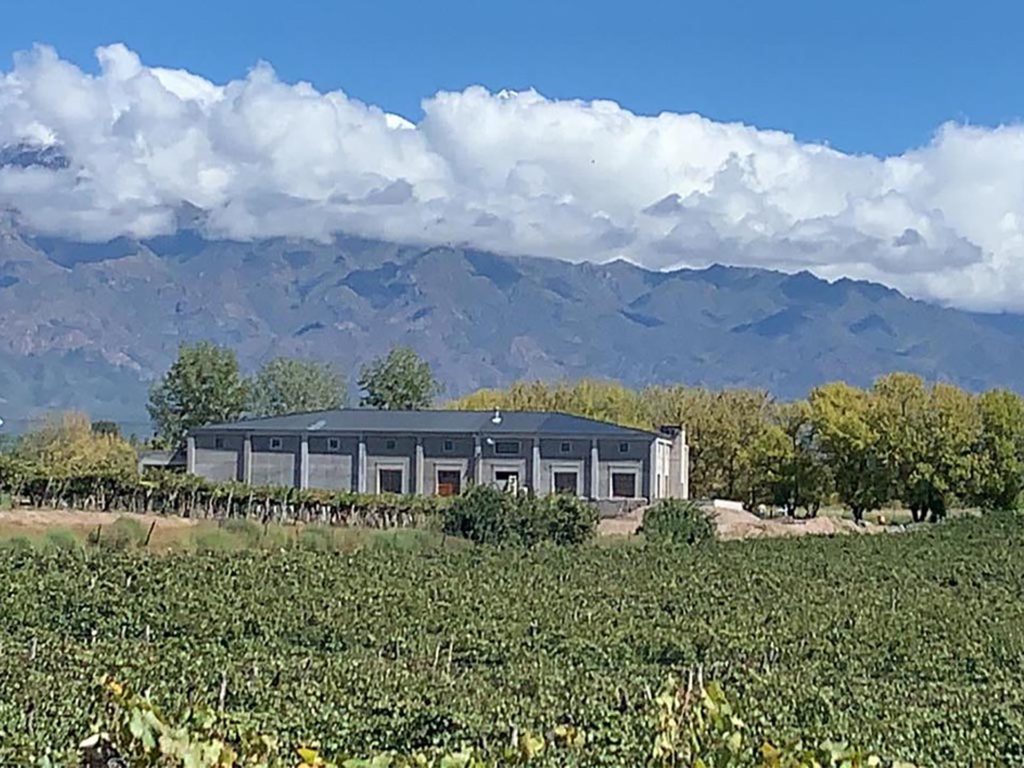 Anyone who’s ever been involved in making and enjoying wine knows that it’s an art as much as a craft. Gustavo and Paula Cucchiara decided to emphasize the association with their viticultural enterprise Claroscuro, where painting plays a major part in their process.

The winery began in 2010, when the couple set out for the Uco Valley in search of the right terroir in which to build their dream. The place they found was Finca San Francisco, in Vista Flores (Tunuyán) which has incredible views of the Andes.

Located in an undulating landscape that ranges between 3200 and 4600 feet above sea level, the vineyard provides a wide variety of different grapes. Set around an old river bed, the plot has north, south and west-facing slopes meaning that the vines receive differing amounts of sunlight. In the higher areas the soil is sandy loam while lower down it is rich in round stones.

The rows of the main vineyard run from north to south so as to receive light throughout the day while the drip irrigation system is fed by snowmelt from the peaks stored by a dam, allowing for close control of the amount of water the plants receive.

Initially, 12 hectares were planted with Malbec vines and these were joined by four more the following year. After that came three hectares of Cabernet Franc, three of Petit Verdot and four of Pinot Noir.

For their whites, the Cucchiaras chose a vineyard located in Agua Amarga (Tunuyán, Uco Valley), where the sandy loam soil is perfect for Chardonnay, Sauvignon Blanc and Sémillon.

Now that they had found their terroir, it was time to focus on the wine. The agricultural engineer Alberto Benenati was appointed to manage the vineyard, bringing his 15 years of experience to bear. Meanwhile, the oenologist Diego Barrera was made head of winemaking, creating a balanced style in which complexity is provided by aging in French and American barrels.

The only thing lacking was a finishing touch: the idea of combining fine art with wine came, like so much inspiration, almost by chance. During a conversation with the artist Sergio del Giudice, an old friend, Gustavo Cucchiara mentioned the need to bring Argentine art to a wider public and realized that wine could be an excellent means of doing so.

The name of the winery Claroscuro – or Chiaroscuro – was borrowed directly from the world of painting. Well done, Chiaroscuro emphasizes the contrasts between day and night, cold and heat, light and darkness; everything a vine needs to produce quality grapes.

The Cucchiaras then took this concept further to tie each variety and vintage to a specific artwork and artist. The first wine made by Claroscuro had a piece by Del Giudice on the label. The next paintings to appear on bottles were chosen with the impact, expressiveness and intention of the artists in mind as well as how they related to the wine.

For example, for the Gran Reserva Malbec 2018, the artwork Rincón de la Boca (Corner in La Boca) by Benito Quinquela Martín was chosen. It portrays the neighborhood where the artist lived in a way as authentic and expressive as the wine itself.

A large part of the current Claroscuro catalogue features works by young artists such as Mariela González, Mauro Boteli, Paola Bertolotto, Sol Curto and Carlos Langone, each of which convey a fresh, vibrant character.

To further promote the artists, the labels also provide a biography and information about the artwork while on social networks the winery shares their initiatives and projects. In addition, the winery holds an exhibition every year featuring the works that appear on its labels.

Click here to learn more about the wines of Argentina: The natural diversity of Argentina

Looking forward to 2022: an overview of the Argentine wine industry in numbers