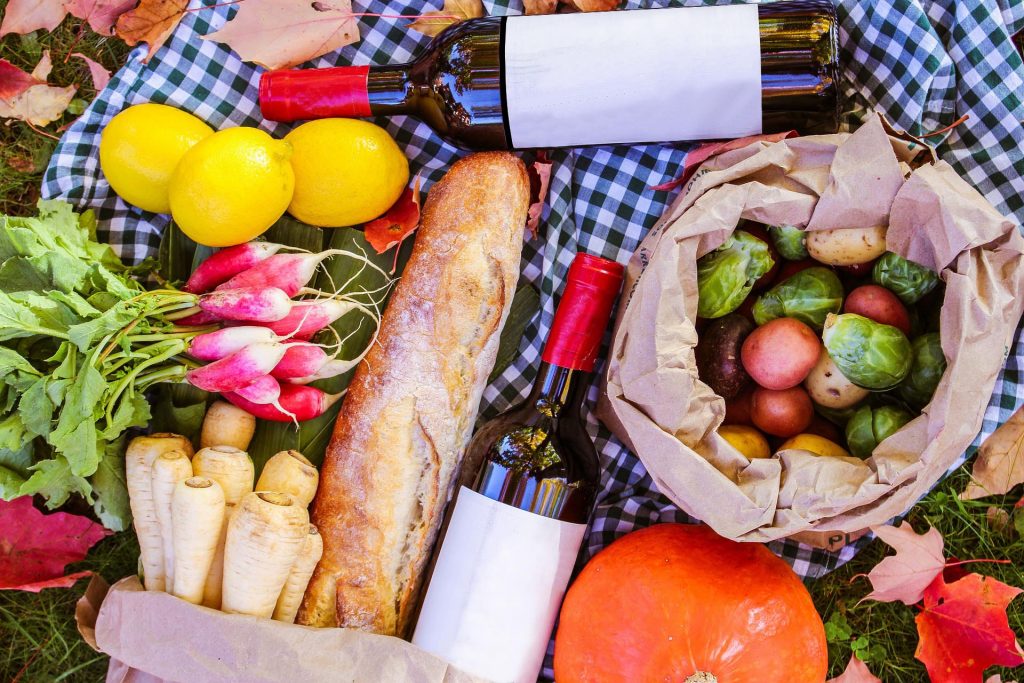 Asado and Malbec. Barbecued meat tends to be closely associated in Argentine cuisine with the country’s iconic grape and the red is often the first pairing people suggest for beef cooked over wood or coals. However Malbec’s versatility means that it has a range of styles that go very well with vegetarian and vegan cuisine. Can we talk about veggie argentine malbec? We’ll see.

If you’re having a veggie meal, what kind of Malbec should you choose to go with it? Are some vegetables not recommended? What kind of dish brings out the best qualities of the wine? We asked several food and wine experts to offer a guide to ‘Veggie Argentine Malbec’.

‘Generally, the best pairings with vegetables are made with young Malbecs without too much structure whose freshness and acidity is brought out by the vegetables,’ says Jorge Cabeza, Senior Winemaker at Bodegas Salentein, Mendoza. ‘Vegan dishes often have plenty of granulated elements that emphasize the texture of the tannins in red wine and offer a pleasantly juicy sensation.’

‘Young Malbecs would be a good option for plant-based and vegetarian cooking, agrees Dhayan Acuña who chooses the wine list at Mudrá, a 100% plant-based restaurant in Palermo where the menu was created by Matthew Kenney, a world-renowned vegetarian chef.

‘But it also depends on the dish you choose because it might well be plant-based but if it’s got a red sauce with portobello mushrooms, for example, it’ll stand up well to a Malbec with a fuller body.’ Acuña goes on to offer examples from the restaurant’s menu that would be good pairings with an Argentine Malbec: ‘Our moussaka (which is made with strips of aubergine, layers of mushroom and dried fruit bolognese and bechamel sauce made from oat milk and potatoes) or the Portobello Adobo (glazed portobello mushrooms, creamed corn and a mixture of quinoa, roasted vegetables and strips of courgette) would be excellent with a Malbec like that.’

Chef Narda Lepes – who runs Narda Comedor (Belgrano, City of Buenos Aires) and was chosen Latin America´s Best Female Chef 2020 by the group behind Latin America´s 50 Best Restaurants – agrees that mushrooms ‘go very well with Malbec and anything with dense umami. The same is true of cabbage, onions and Brussels sprouts, especially when they’re braised and charred rather than boiled. That brings out the sugars, which complement red wine very successfully.’

Don Julio, the classic Palermo parilla in the City of Buenos Aires is an essential stop on any gastronomic tour of asado culture and was recently named number one in the ranking of Latin America’s 50 Best Restaurants. Like all international quality restaurants, it has plenty of vegetarian and vegan options: ‘For instance, we have whole grilled princess squash that will go very well with Malbec,’ says Pablo Rivero, a sommelier and owner of Don Julio.

So long as it’s a ‘light Malbec with good acidity it’ll pair beautifully with grilled vegetables with sugars and texture,’ Rivera continues. ‘And that’s also true of tubers and cucurbits such as pumpkins, squashes, potatoes, and sweet potatoes that take on an incredible flavour over coals with a little salt and olive oil and are supreme with light Malbecs.’

‘Our chef Jorge Ontiveros (from Bodega Salentein) always recommends combining Malbec with tubers, root vegetables, potatoes and carrots,’ Cabeza agrees. ‘He says that their sandy, crunchy texture and starch, which brings sweetness, are lovely with that kind of red.’

But what about Malbecs with more body or intensity? Can they be considered veggie Argentine Malbecs? ‘You have to try not to pair them with raw vegetables with mild flavours. Or vinegary or cured dishes,’ says Lucas Olcese, chef at the restaurant at   Rosell Boher Lodge in Mendoza, which in 2020 won a Gold Medal in the global Best Winery Restaurant category given by the organization Great Wine Capitals.

‘But considering the great variety of Malbecs we have in Argentina, you have a lot of different potential combinations,’ adds Olcese. ‘Medium bodied Malbecs go very well with dishes in which tomatoes play a major role such as pizza or the Mendoza dish tomaticán, and that’s also true of tomato preserve. And for fleshier, more intense Malbecs you need dishes with more intense flavours.’

‘For example, a mushroom risotto goes excellently with a Malbec with more structure,’ says Cabeza, although he also warns that some vegetables don’t work with Malbec. Which? ‘Fibrous ones such as asparagus, artichoke, leek, or spring onion which react with tannins in red wines to produce a tough, dry or bitter sensation. Peppers and chillis can also clash with Malbec, dulling the flavours and leaving a metallic taste in the mouth.’

But with these exceptions, concludes Dhayan Acuña,  ‘generally different varieties can go very well with any veggie or plant-based dish. There are so many plant-based options these days: hamburgers, sushi, pizza… along with a lot of very sophisticated dishes, and they go with a whole range of wines. At Mudrá I enjoy pairing the food with Malbecs but also Pinot Noir, Torrontés and even orange wines. The plant-based world is expanding to include a whole range of dishes that work wonderfully with different wines.’

How to be a Malbec expert