Posted in328 Breaking Malbec News Outstanding
Posted by By Alejandro Iglesias 3 May, 2021 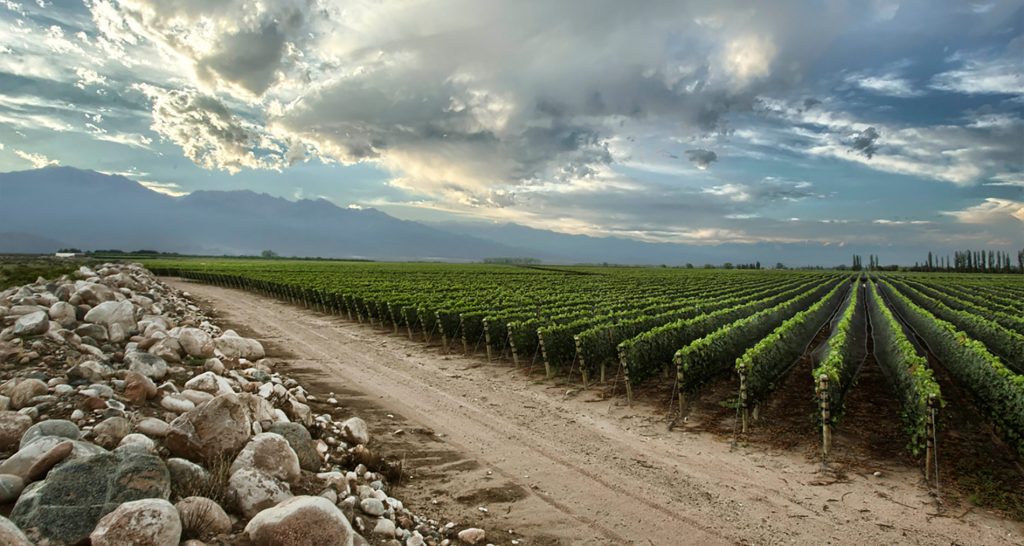 Petrus, Romanee Conti, Masseto and To Kalon are wines known world-wide for being the best of the best and they all have something in common: they come from vineyards that have become exemplars for winegrowers in their respective regions. Anyone ordering them knows exactly what they’re going to get, which is why they’re often used as a benchmark for new wines in these areas.

The same is true in Argentina where a handful of vineyards have achieved such high levels of quality and consistency in the wines they produce that they are known and revered for their place of origin alone. These are the top Malbec vineyards and all of them deliver a precise expression of their respective terroirs that wine lovers can then use as a point of reference before moving on to explore other wines from the region.

We’re very fortunate that the list of these essential vineyards in Argentina has grown over the years and new names continue to appear but the 11 named below have earned an unquestioned place in both Argentine wine history and the hearts of drinkers everywhere.

The best Malbec vineyards in Argentina

Adrianna Vineyard. When, in the early 1990s, Nicolás Catena planted a vineyard at a height of 1500 metres (5000 feet) above sea level in Tupungato, a lot of people thought he was crazy and certainly no one expected it to produce world class Malbec. The climate was so cold up on the mountain that no one thought the grapes would ripen properly. But that’s the magical thing about the terroir: ‘Adrianna Vineyard falls in Category 1 on the Winkler Scale but it gets excellent sunlight so Malbec actually ripens perfectly,’ explains Laura Catena.

But she believes that the true essence of the vineyard is ‘its turbulent geological origins during which calcium carbonate accumulated in very diverse soils within a relatively small surface area.’ This makes it possible to make different kinds of Malbec – and other varietals – which are now considered to be among the best the country has to offer such as Fortuna Terrae, River Stones and Mundus Bacilus, all of which have featured in rankings of the best wines in the world.

Altura Máxima. When Donald and Ursula Hess bought Estancia Colomé in 2003 they’d already fallen in love with high altitude terroirs and were determined to explore the Calchaquí mountains and valleys in search of new challenges.

This resulted in the founding of the Altura Máxima (Maximum Height) vineyard at an altitude of 3111 meters (10,200 feet) in Payogasta. ‘In addition to the effect of the height, the big difference about the vineyard compared to the rest of the valley are the soils which boast a high concentration of granite and volcanic rock resulting in Malbecs with a floral, mineral character and distinctive natural acidity. The vineyard embodies the pioneering, enterprising spirit of the owners of Bodega Colomé,’ says Thibaut Delmotte, the winery’s oenologist.

Chacayes. This vineyard belonging to Francoise Lurton has the distinction of having giving rise to one of the most cherished Geographic Indications in the Uco Valley, Los Chacayes (and is thus, of course, one of the best Malbec vineyards in the country).

It all began in 1995 when Lurton decided to plant a vineyard there on the urging of his illustrious father André Lurton. In addition to Malbec, the vineyard contains Cot and other varieties but two mentioned are the stars of the plantation at 1450 masl (4750 feet) which produced its first Chacayes wine in 2002. In 2020 the 2015 vintage became the first wine from Argentina to come first in Wine Spectator’s TOP 10 ranking.

Finca Coletto. With their Terroir Series collection, Trapiche pays homage to the wine growers with whom they’ve worked for years but even among these excellent establishments the vineyard planted by Victorio Coletto in 1945 in El Peral, Tupungato has always stood out.

Sergio Casé, the oenologist at Trapiche, remembers: ‘I first came across the vineyard in 2001 and it struck me right away. It was lovely, surrounded by pear and apple trees, and had the first low-trained vines I’d seen in the Uco Valley. The sight took me right back to Burgundy.’

These ditch-irrigated Malbec vines produce bunches that hang just a couple of inches from the ground and this undoubtedly has a lot to do with the distinctive elegance and acidity for which the wine won the Best Malbec award at the 2018 “Les Citadelles du Vin”. International Wine Competition.

Finca Altamira. Achával Ferrer is one of the wineries responsible for putting Argentine Malbec on the map in the early 2000s, an achievement in which this vineyard, first planted in 1950 in the south of the Uco Valley, played a key role.

According to Gustavo Rearte, the winery’s winemaker, the virtues of Finca Altamira include its ‘local soils along with the climate and how it varies each season. We’ve learned that the soils react differently depending on the climate each year, lending each vintage a distinct character that we go out of our way to respect.’

These stone soils, which are rich in volcanic ash and pockmarked with large boulders, are also responsible for Achával Ferrer Finca Altamira’s special character as well as allowing the vines to be tended using sustainable methods.

Each region has its essential Malbec vineyard

Marchiori Vineyard. In the late 80s, when Paul Hobbs first came to Mendoza, driving across the Andes from Chile, a vineyard by the side of the road in Perdriel caught his eye. As fate would have it, several years later, in 1999, he made his first Cobos Malbec with grapes from the vineyard where the eighty-year-old vines produce silky, fruity wines.

Andrés Vignoni, the winemaker at Viña Cobos, says: ‘The Marchiori Vineyard is of great historical value but we also appreciate its richly varied soils, which are ideal for Malbec and Cabernet.’ Cobos Marchiori Malbec is one of the highest rated Argentine wines in different international rankings, receiving 100 points from James Suckling for its 2017 vintage.

Noemía. Hans Vinding Diers first came to Patagonia in the 1990s as an advisor to Bodega Humberto Canale. As he explored the old vineyards of Patagonia, he discovered a forgotten treasure in Mainque, in Alto Valle de Río Negro, another top Malbec vineyard. ‘The Noemía Vineyard is a global one-off: 1.5 hectares of French Malbec vines planted directly 89 years ago, in 1932. When I found it, I knew that I had to make it my mission to bring it back to life.’

The alluvial soils in the vineyard are enhanced by a benevolent climate that has allowed the vines to be tended using organic, sustainable methods since it was founded while it is irrigated by pure water from the Río Negro. The first wines from the vineyard were made for private consumption but news of their quality soon spread and Noemía Malbec has become well-known as one of the top Wines of Argentina since its very first vintage back in 2001.

Per se. Edgardo Del Pópolo and David Bonomi work with this unique vineyard to produce a series of exceptional wines. Owned by the Cristo Orante Monastery in     Gualtallary, Uco Valley, the vineyard was discovered by Del Pópolo while he was on a spiritual retreat with the monks. ‘Faith brought us here,’ he says. It was when the agricultural engineer, an expert on the terroirs of Mendoza, saw the white sheen of calcareous soils that he decided to pursue the matter further.

When he got there, he felt as though he were walking on a cloud of jarilla and other mountain herbs. ‘The soil in Per Se is covered in a blanket of white stones and small rocks encrusted with calcium. It’s unique.’ He excitedly suggested to the monks that they plant a vineyard, which they did in 2013, deciding to grow the vines in gobelets on the hillside, a new technique for Argentina, as well as commencing an in-depth study of an area that has since produced Per Se Iubileus Malbec whose 2018 vintage was recently awarded 100 points by Parker.

Piedra Infinita. In 2009 Sebastián Zuccardi started a vineyard in the Uco Valley that would become a landmark in the history of the family winery. The chosen location was the south of Paraje Altamira to which he came after spending years making wines further down the valley. ‘Every year, we noticed that there was something special about Altamira: it had style and consistency.’ So he decided to take a bet on an area whose slopes had previously been deemed too steep for planting – they required drip irrigation as well as the removal of a thousand truckloads of rock.

The result was a distinctive terroir in which the mountain climate combines with varied rocky soils containing granite and high concentrations of calcium carbonate. Having studied this complex patchwork, at least twelve different soil types across the 37-hectare lot were identified which were then divided up into 40 parcels, all of which are cultivated separately.

A terroir, a vineyard and a Malbec

Yacochuya. Back when Argentina wasn’t yet exporting much of its wine to the outside world, Arnaldo Etchart, a legendary winemaker in the Calchaquí Valley, invited Michel Rolland to come on board as a consultant. When he got to Cafayate, Rolland was struck by vineyards being grown at a height of 1700 metres (5500 feet) and above, especially one in Yacochuya, a wild vineyard planted at a height of 2000 metres (6500 feet).

In 1999, in partnership with the Etcharts, Rolland made the first Yacochuya Malbec, a label that would change global perceptions of Argentine wine. ‘Yacochuya is a hundred-year-old Malbec vineyard first planted in 1913, strake trained in sandy, stony, calcium-rich ground. Because it’s at a height of 2000 metres the grapes can ripen slowly, which is ideal,’ explains Marcos Etchart, who runs the winery and the vineyards according to a philosophy that ensures that each wine is a true expression of the vineyard from which it was made.

Val de Flores. During the period in which Michel Rolland acted as a consultant for different wineries in Mendoza he discovered many of the best Malbec vineyards in the province. He found one that he was especially passionate about while he was working for Trapiche. Located Vista Flores, very close to Clos de los Siete, he bought it for his personal collection in 2000.

He used grapes from the eighty-year-old vineyard to make his first Val de Flores Malbec, a wine that has moved experts across the world, demonstrating the potential of Argentine terroirs. Today, this Malbec is a leader among classic Uco Valley reds.

There is no doubt that this list will be added to as more wines made with grapes from specific parcels across the country continue to wow tasters the world over: there are still plenty more terroirs to be discovered in Argentina.

To found out which Malbecs pair best with vegetarian cuisine, click here: Malbec and Vegetarian Cuisine, a surprisingly successful pairing