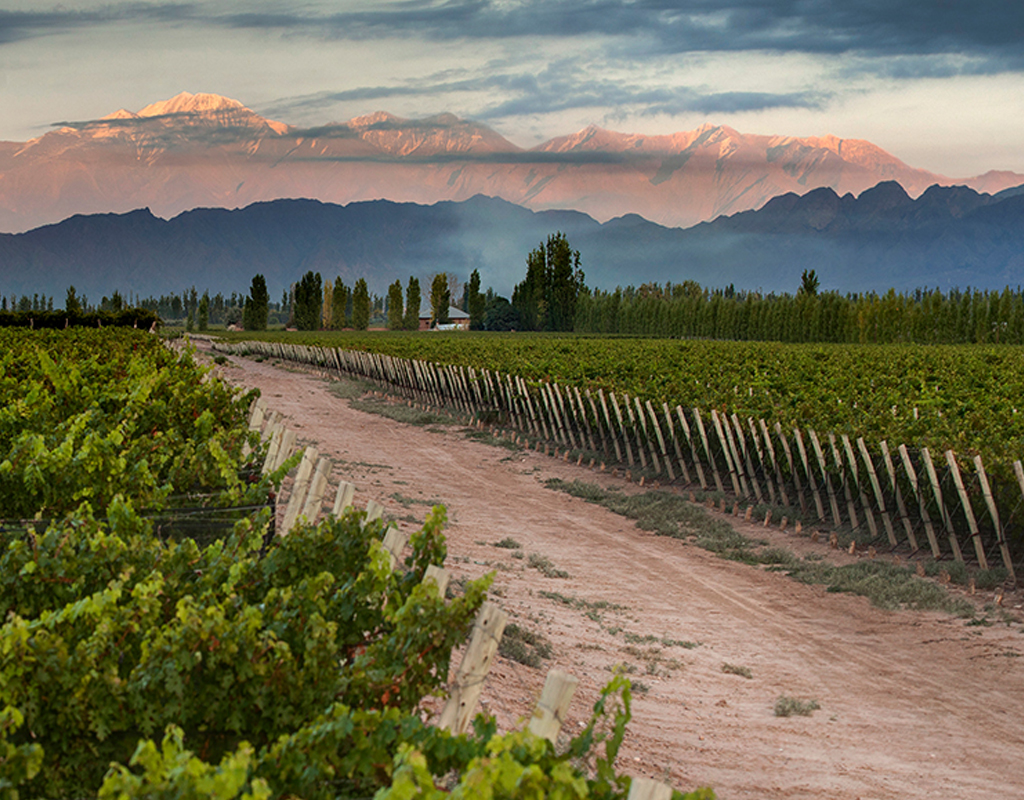 Argentina is world famous for its Malbec. It’s the most widely consumed Argentine variety domestically and overseas and Argentina also offers the greatest range in terms of Malbec terroirs, a characteristic that comes out in the glass: some are fresh and skinny, others muscular with a sizeable body and there’s a rich tapestry of subtle differences in between.

But not many consumers know that there was a moment in Malbec’s history when a few wineries sought to enhance the status of a specific style, defined by a lengthy history and heritage, by creating the first Denomination of Origin in South America. This happened in 1989 before there was even a legal framework for such an entity but eventually the D.O.C. Luján de Cuyo was recognized by the Organization of Vineyards and Wine in 1991.

Today, Malbec is famous but back then it was a little-known variety among Argentine consumers. A handful of producers looking to change that implemented an aggressive promotional strategy and one step along the way was the creation of the D.O.C. Luján de Cuyo, which turned out to be a major landmark in the history of Malbec.

Long before people started to explore the terroirs of Argentina and high-altitude vineyards were rewriting the flavor map, the D.O.C. Luján de Cuyo was establishing the profile of Malbec so as to present it to the world. And it was this profile that won the grape its first plaudits and acclaim: ripe, fruity reds with plum and violet aromas along with hints of spice, a good body and sweet tannins guaranteed to delight any palate.

The D.O.C. Luján de Cuyo was and is a powerful promotional tool that raised the status of Malbec to its current heights. Since then, a lot of wine has been poured. And now the D.O.C. is looking to relaunch its profile. It makes sense: given the proliferation of different styles of Malbec, that original model is now twice as important and has a proven track record of success.

“In early 2020, the wineries that formed part of the D.O.C. and those of us who have worked with them from the beginning came together to return to the work we’d begun in the late 1980s to give it the push it deserves,” says Roberto de la Mota, the oeonologist at Mendel Wines and current President of the Luján de Cuyo Denomination of Origin Board. “The idea was to review everything that has been done so far and, especially, to work to restore and protect the old Malbec vineyards of Luján de Cuyo. They represent a unique and invaluable heritage that we can’t afford to lose.”

“Across the world, Malbec is synonymous with Argentina and Luján de Cuyo, with its historic vines and the knowhow of its people, has managed to maintain a consistent quality over the years,” says David Bonomi, the oenologist at Bodega Norton, one of the first wineries to make wine under the D.O.C. label.

“Thanks to the type of soil found in the region, which is mostly alluvial with a rocky subsoil and clay, sand and lime sediment, along with the protection provided by the Andes and other factors, Malbec is truly dominant and outstanding. Its style may be traditional but it has also evolved over the years, maintaining a consistent quality.”

Currently, Malbecs from the D.O.C. have a presence in over 40 countries with Brazil and the United States representing the largest export markets.

In 2021, for the first time since it was created, the D.O.C. Luján de Cuyo is adding new wineries: in addition to the original founders Chandon, Lagarde, Luigi Bosca, Nieto Senetiner and Norton, Bodega Bressia and Mendel Wines have joined the group.

And there are plans for more additions: “There are a lot of wineries and winegrowers interested in joining the D.O.C.,” says De la Mota. Pablo Cúneo, Director of Oenology at Luigi Bosca. “Ten more wineries have expressed interest in being part of the Denomination, which shows how important the D.O.C. Luján de Cuyo still is. It was created to preserve and restore the old vineyards of Luján de Cuyo, promote the area and provide a guarantee of quality to the consumer.”

So what requirements must be met for the a wine to qualify for the D.O.C. Luján de Cuyo label? “Wines from the D.O.C. Luján de Cuyo must have outstanding elegance and be smooth, well-rounded and fruity,” says Sofía Pescarmona, President of Bodega Lagarde and member of the Luján de Cuyo Denomination of Origin Board. “In terms of the winemaking, all must be produced and bottled at their place of origin and must be Malbecs with a minimum alcohol content of 13.5% with an age of at least 18 months between harvest and entry onto the market (having spent a minimum of 6 months in barrels).”

The terms of the D.O.C require that at least 85% of the wine be Malbec while the remaining 15% can be other varieties recognized by the D.O.C.

“The wines of the D.O.C. Luján de Cuyo are Malbecs that have an aromatic profile dominated by red and black fruit in which plum is the main descriptor. One can also detect oaky notes from the ageing process the wines of the Denomination undergo which enhance the complexity, another of the characteristics of D.O.C, wines,” says Cuneo. “In the mouth they’re fleshy and broad with an unmistakably smooth elegance.”

“In general terms they can be defined as aromatic wines of great intensity while they have good body in the mouth but are very silky toward the end. These wines generally present fruity and in some cases spicy notes. In the mouth one gets sweet, perfectly smooth tannins. That’s why they’re generally described as voluminous wines that are very easy on the palate, which is an excellent way of summing up the best Malbecs from Luján de Cuyo,” adds David Bonomi.

So there it is: the next time you drink a D.O.C. Malbec, you’ll know exactly what to expect; the style that transformed the reputation of Argentina’s most famous wine.

Interested in learning about the extra virgin olive oils of Argentina? Click here: The land of the oval sun: a tour of Argentine olive oil country

Bodega del Desierto, a pioneer in wines from La Pampa