Posted inMeet the Wineries News
Posted by By Wines of Argentina 16 November, 2021 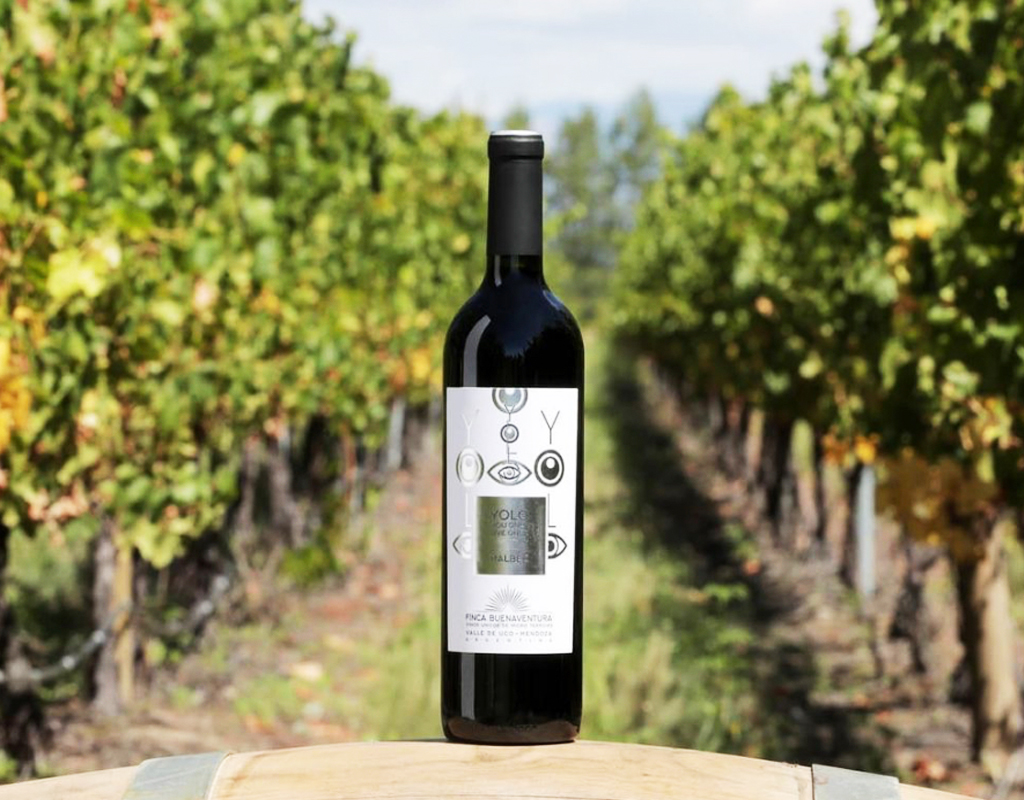 At Finca Buenaventura, it’s family that counts: it is both the foundation on which the entire project was built and the workings that keep it ticking along every day.

The winery’s first chapters were written a little over 15 years ago by Ana and Fernando Del Castillo, an enterprising couple from La Plata, Buenos Aires Province.

As nature lovers, they wanted to start a business that would put them in close contact with the fruit of the land and also allow their children to play key roles, sharing their passion and teaching them the value of teamwork at every level of the business.

So they set their sights on Mendoza and found that viticulture was an excellent means of realizing their dream. Having commissioned several soil studies they identified the optimal terroir for their project: 100 hectares in the Los Árboles area of the Uco Valley, where Finca Buenaventura was born.

Set at a height of 3845 feet above sea level, the winery’s vineyard was planted in virgin soil that was leveled before planting. It enjoys a propitious microclimate of 300 days of sun a year with no heavy rain or hail and a range of different soil types.

Some sections are rich in alluvial materials, others are rockier and others are sandy with traces of volcanic rock.

They planted Malbec, Cabernet Sauvignon, Pinot Noir, Petit Verdot, Cabernet Franc, Chardonnay and Sauvignon Blanc, watered with drip irrigation from Andes ice melt at a density of 5600 plants per hectare, resulting in yields of between 90 and 150 quintals depending on the variety.

“The family’s philosophy is to make wine the same way you would approach making a work of art. Transforming fruit into wine is sheer alchemy,” say Ana and Fernando Del Castillo, who work the land employing sustainable methods. “We know that respecting nature involves using the least amount of chemicals possible. We feel a responsibility to Mother Earth.”

Finca Buenaventura makes its wines exclusively from their own grapes, making them a “single vineyard winery” focused on ensuring the continuity and traceability of their output.

The winemaking itself, meanwhile, is focused on the concept of “microterroirs” by which the soil is split into small parcels (known as “quarters”). The oenologist is then able to focus specifically on each sector and plant, respecting their natural processes and preserving the characteristics of the earth to protect the most fertile layers.

“But human labor is helpful at every stage: with tying, pruning, and harvesting, along with the oenological potential we hope to realize,” say the Del Castillos.

Their premium line, meanwhile, is called Áureo in honor of a geometric term that in Ancient Greek culture represented perfect balance, a concept that also spread to the art world. This series features Áureo Colección Malbec, Áureo Ruta 90 Malbec, Áureo La Obra Blend (65% Malbec and 35% Cabernet), Áureo Petit Verdot, Áureo Chardonnay and Áureo Cabernet Sauvignon. All spend 12 months in first and second use French oak barrels before another year in the bottle.

Finally, the winery makes a pair of super premium wines: the Bunbury tri-varietal of Cabernet Sauvignon, Malbec and Petit Verdot, and Descarriados, a blend of Malbecs, as well as a set of wines for export, Ad Astra, whose name is inspired by the starry skies of Mendoza. It includes a Cabernet Sauvignon and a Malbec that spent 12 months in French oak before another year’s rest in the bottle before coming onto the market.

Like to learn more about the wines of Mendoza? Click here: Luján de Cuyo, the first D.O.C. for Argentine Malbec, is relaunched

Much more than just a pretty glass

The natural diversity of Argentina