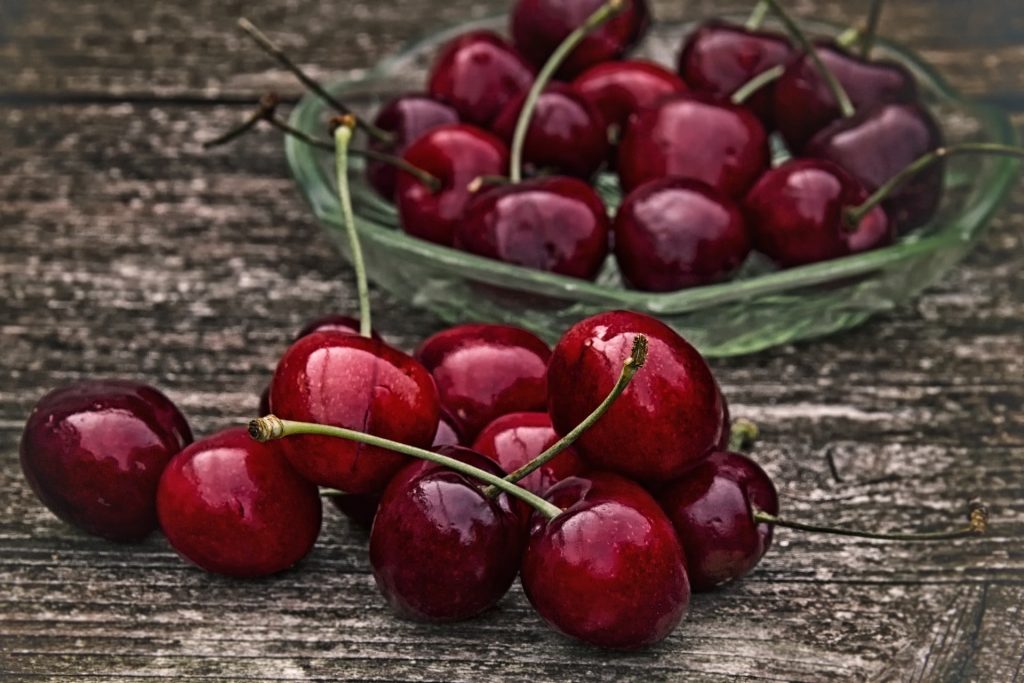 For many years now, Argentina has had a reputation for producing high quality cherries that are sought after across the world for their flesh, juice and lovely flavor.

The sweetness and acidity of a fresh cherry is the perfect accompaniment to a glass of sparkling wine. But they can also be the stars of sweet and savory recipes. In this text, a top chef shares a recipe for a memorable dessert.

Panna cotta and a lot more

The chef Paula Chiaradia, owner of the restaurant Fonda Sur Bistró y Almacén in Trevelin, Chubut, is an expert on Patagonian produce and bases her recipes in the delicacies all around her: unique mushrooms (including morelles), red forest fruits (raisins, elderberries, sweetbrier), lamb, river trout and much more.

Chiaradia has travelled across the country working for different professional chefs and her formative years also included time at the legendary El Bulli restaurant under Ferrán Adriá.

For some time now, she has lived in this small town founded by Welsh immigrants where, in addition to her restaurant, where she has forged close links to local producers, she gives classes and shares her expertise with locals and travelers from all across the world.

“Living and cooking in Patagonia means you need to be tough and sensitive at the same time, flexible and creative. To be Patagonian is to adapt to the natural world and understand that we’re a part of it: nothing belongs to us. Southern cooking tends to be rustic and colorful with flavors from the forest, the lake and the steppes. Cooking in Patagonia is about experiencing the seasons, fire, water, birdsong, snow, colors, aromas…” she says enthusiastically.

Because she’s also an excellent pastry chef, summer cherries play a prominent role in her desserts. Today she shares her take on an Italian classic: panna cotta.

Argentina sells a large part of its cherry harvest overseas and is one of the nine largest cherry exporters in the world according to data from the sector. In the southern hemisphere, it ranks along with Chile and New Zealand.

Traditionally, cherry plantations have been mainly concentrated in Mendoza but other provinces such as Neuquén, Río Negro, Chubut and Santa Cruz have recently joined the industry.

Cherries and wine. Seeing as we’ve mentioned Trevelin, why not try the region’s Pinot Noir (Now a GI in its own right)? Chiaradia says: “The three oldest vineyards in the region are Viñas del Nant y Fall, Casa Yagüe and Contra Corriente. The Pinot Noirs they produce have sharp acidity and good fruity freshness that goes perfectly with cherries.”

However, still in Patagonia, another excellent option for accompanying cherries can be found further north in the rosés of Río Negro and Neuquén, which are also made with Pinot Noir. These include H.Schroeder Brut Rosé, Mantra Rosé Extra Brut from Secreto Patagónico and Humberto Canale Espumante Rosado Dulce.

So, all in all, panna cotta with cherries and wine from Patagonia is a true feast for the senses.

Bodega Benegas, honoring over a century of heritage with an eye on the future