Posted inMeet the Wineries
Posted by By Wines of Argentina 12 July, 2021 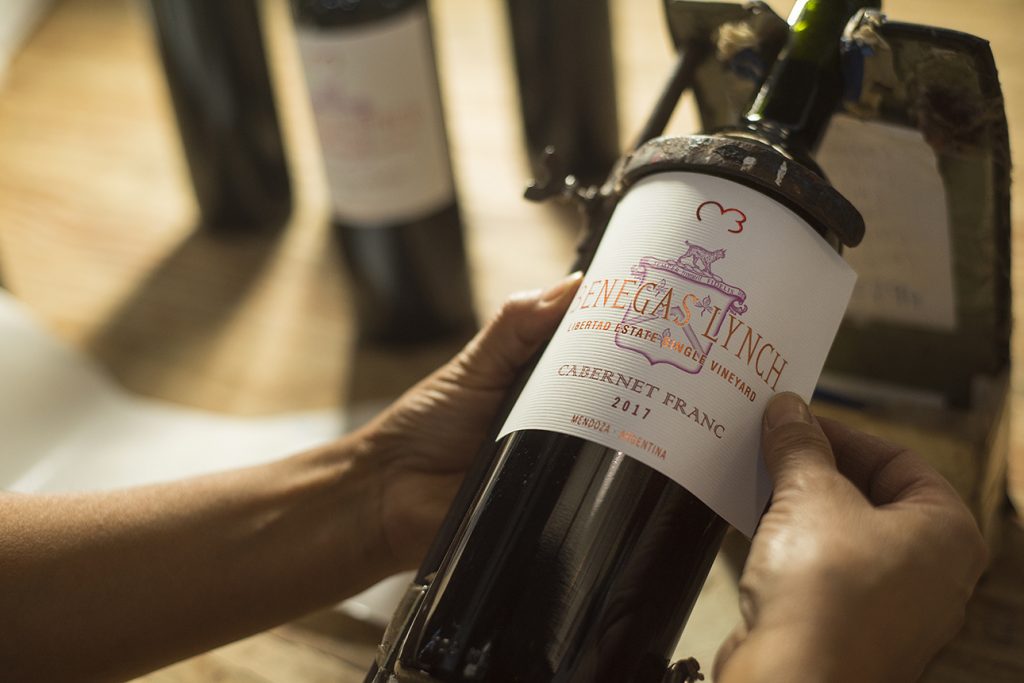 Some traditions are very much a family affair. The one continued today by Federico Benegas Lynch is definitely one of them. His winery, Bodega Benegas, represents the latest chapter in a proud history and lineage that date back to the moment Malbec first appeared in Argentina.

A look back through that history is an education in how the industry has changed over the years. Today, Bodega Benegas builds on the experience of generations to produce premium wines now sold across the world.

The long history of Bodega Benegas

The Benegas family has been in the wine business in Argentina since Federico’s great-grandfather, Don Tiburcio Benegas, settled in Mendoza in the mid-19th century.

A man of drive and vision, he would soon become a key player in the development of the wine industry.

Having become a fixture in Mendoza society, his father in law, Eusebio Blanco, was entrusted the task of bringing over Michel Pouget, a French horticulturalist who introduced the first French vines, including Malbec, to Argentina. Seeing the wine business as a promising opportunity, Tiburcio Benegas embarked upon a

Tour de France, visiting the major chateaux before returning to found one of the first wineries to focus on quality wines: Trapiche.

As a business leader, he was a member of a clique of businessmen from the Americas who established wine outposts across the continent alongside Agoston Haraszthy in California, and Silvestre Ochagavía Errazuriz in Chile.

Family expertise and an innovative vision

Federico Benegas Lynch was raised in the family winery. After moving to Buenos Aires for a few years, he returned to Mendoza in 1999 to continue the legacy with a winery of his own.

He bought the Finca Libertad vineyard, an historic estate in Cruz de Piedra, Maipú, which had been planted by Don Tiburcio himself, and subsequently an old nineteenth century winery that he fully restored, preserving the original architecture.

When it became clear of the quality being produced in the Uco Valley, Benegas Lynch bought Finca La Encerrada, a prized vineyard in Gualtallary, Tupungato.

And so, today the winery combines traditional knowhow learned across generations with an innovative vision, and the results are there in the bottles for all to experience for themselves.

Together with the winemaker Gabriela Zavala, Federico Benegas Lynch makes wines focused in the two terroirs where they grow their grapes.

“We are well-known for wines with good body, balanced acidity, lengthy finishes and precise aging that ensure that the grapes’ aromas mingle with the elegance we get out of the barrels,” he says.

The Bodega Benegas portfolio is comprised of four lines. The first is called Familiar as each label bears the name of one of Federico’s children. The wines are made in a fresh and fruity style: Clara is the Chardonnay; Carmela a Cabernet Franc rosé; Luna a Cabernet Sauvignon and Juan a Malbec.

Single Vineyard, meanwhile, is an effort to bottle the pure expression of a place by selecting the best parcels of the Maipú and Gualtallary vineyards.

The Cabernet Sauvignon, Sangiovese and Syrah come from old sectors of the Finca Libertad in Cruz de Piedra while the Pinot Noir and Malbec are from Finca La Encerrada, Gualtallary.

Finally, under the name Benegas Lynch they bottle the winery’s flagship wines in which the character of the terroir is moulded by over a century’s experience to bring to life memorable reds.

Argentine wines for the summer: much more than a seasonal fling