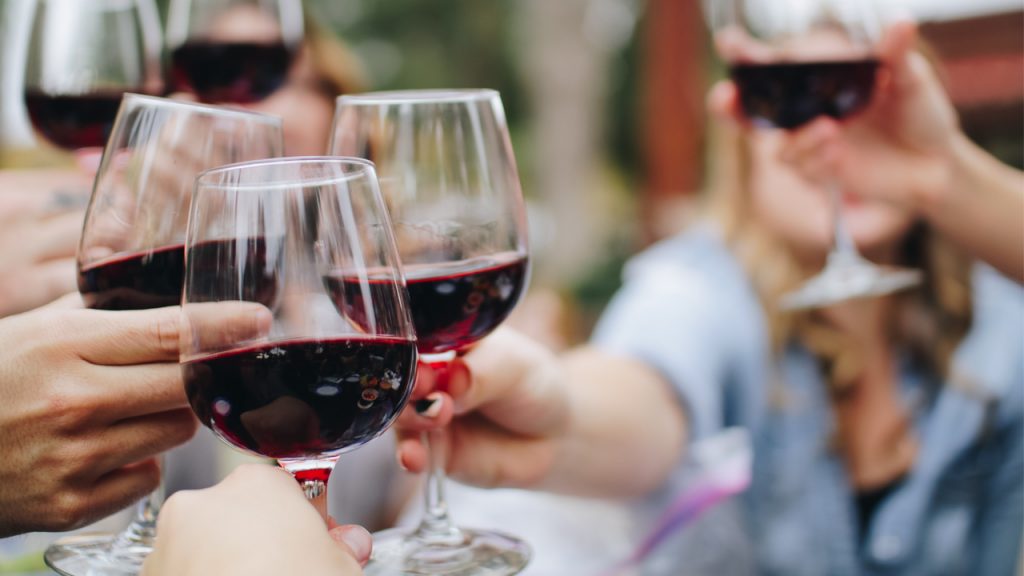 Malbec lovers are getting ready to celebrate a new edition of Malbec World Day, do you join them?

About 20 years ago, Argentine Malbec made a spectacular emergence on the global wine scene, becoming a favourite among wine lovers the world over. And there was something especially interesting about the phenomenon: Malbec specifically attracted occasional drinkers who hadn’t yet found a favourite; its easygoing nature required no prior experience – you could enjoy it right away.

Today, Malbec from Argentina, the leading producer of the variety, is seducing palates from New Haven to Beijing, Amsterdam to Sao Paulo, making it just as cosmopolitan a red as Cabernet Sauvignon or Merlot.

Looking forward to Malbec World Day, which is celebrated on 17 April, Malbec lovers across the world tell us just why they fell in love with the star of the Argentine wine scene.

The most fervent admirers of Malbec are to be found among consumers who go to their local wine shop looking for something easy to drink, flavourful and versatile: a wine that one can take to a dinner, or just to hang out with friends.

Fans from the USA, Brazil and the UK helped to consolidate the Malbec phenomenon because they represent the largest wine markets in the business: if you make there, you’ll make it everywhere. So what is it that these international wine drinkers so love about the variety?

‘I love the freshness and juiciness of Argentine Malbec. It’s my favourite accompaniment to a ribeye steak,’ says Helen from Los Angeles, California, a self-declared Malbec fan, Jean, from Dublin, expands a little further: ‘I love the subtlety of the grape when it’s grown at high altitudes in Mendoza. And I’m not alone: Argentine Malbec is the third most popular red grape variety in Ireland. We’ve embraced the style enthusiastically.’

From Rotterdam in the Netherlands, Jelske enthusiastically tells us that what she likes about Malbec is its untameable energy. ‘If it were a song, it would be Take a walk on the wild side. Every time I uncork a bottle I know I’ll be taken on a bold new adventure.’ On the other side of the Atlantic, in Toronto, Denis, a big wine drinker, says: ‘I like its balanced flavour, it’s not as heavy and chewy as a Cabernet but not as light as a Pinot Noir. It’s always well-balanced. Malbec never disappoints.’

But maybe it’s Emma, a lifelong Londoner, who sums up what many feel about the grape best. ‘Argentine Malbec is just unique. You don’t find it expressed so vividly or with such depth anywhere else in the world. You can see why it’s become so fashionable: it delivers a hedonistic experience with every glass.’

But just as some wine lovers see Malbec as something to suit every palate, others saw it as territory to be explored and studied.

‘We love the diversity of terroirs and styles Argentine Malbec has to offer. From the high altitudes in the Calchaquí Valleys in Salta to the southern regions swept by the Patagonian winds,’ says Rachel during a tasting at Oswestry (UK).

In Sao Paulo, Brazil, love of Malbec also encouraged many to learn more about wine, as was the case with Milton, who studied to become a sommelier and says that Argentine Malbec, because of its diversity of styles and origins, ‘is ideal for blind tastings and developing your tasting skills. It’s a noble, straightforward wine that expresses its aromas nice and clearly. There’s a Malbec for every occasion,’ concludes this committed fan.

Argentine Malbec has also made its mark on some of the most renowned wine gurus in the world. Plenty of expert palates are lining up to list its virtues: In the USA, Michael Schachner, who oversees the Argentine wine section for Wine Enthusiast, defines it as ‘the soul of Argentine wine. Nothing says Argentina like Malbec and the delicious wines of a country I love and miss.’

Meanwhile, Raimonds Tomsons, the best sommelier in Europe, regularly tells the story of his love affair with Malbec: ‘I’ve been lucky enough to visit Argentina twice, which is where I discovered Malbec’s unique nature and versatility, how it’s grown in many different regions, at varying altitudes and in a range of soils, as well as how local oenologists treat it with great care and respect. It completely changed my perception of Argentine Malbec and the adventure was completed with an unforgettable trip to Cahors. Thanks to these visits and meetings with passionate oenologists, I have discovered that Malbec is one of the biggest and most versatile varieties in the world.’

And now that we’re talking about people in the wine industry, we need to mention Tim Atkin, the British Master of Wine who for the past 30 years has been observing the development of the Argentine wine industry: ‘Malbec is the essence of Argentina: exuberant, full of flavour and also capable of achieving great complexity. I love the fact that it can be made in many different styles, reflecting the diversity of the country and its landscapes as well as the talent of its winemakers. People often ask me what comes after Malbec. My answer is better Malbecs with a profound sense of  place.’

Whether it’s the vision of Atkin, the curiosity of Raimonds or the romanticism of  Sarah, there are a lot of different reasons to love Malbec. It’s no wonder that people all around the world are paraphrasing the Rolling Stones: It´s only Malbec, but I like it.

Did you enjoy this article? Keep reading, How to read a Malbec label

Malbec GPS: the different flavours of each region

Innovating to beat the crisis: WofA launches an innovation challenge aimed at wineries