Posted inNews Trends
Posted by By Joaquín Hidalgo 11 May, 2015 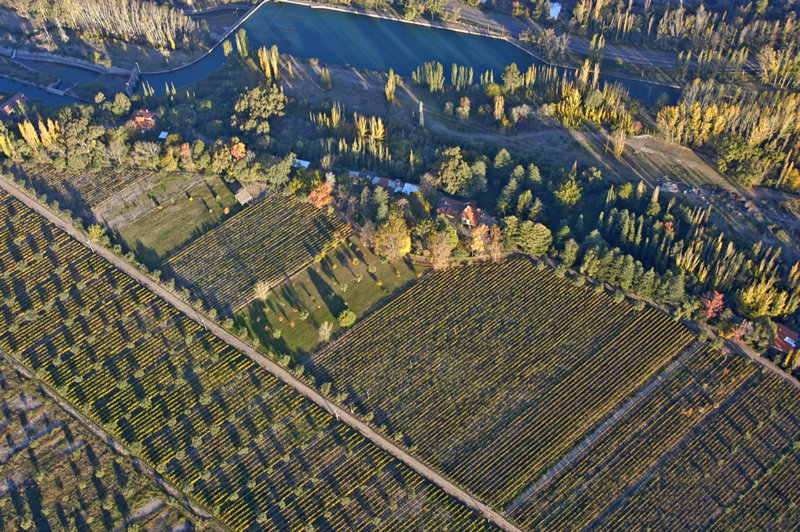 Located on the south bank of the River Mendoza, in the department of Lujan de Cuyo and only twenty minutes from the provincial capital, Perdriel is one of the bastions of Argentine viticulture. It has been the main activity here since the late nineteenth century when winemaking was concentrated around the city of Mendoza with vineyards on its periphery. With endless vineyards and 100 year old bodegas, Perdriel became the source of great classics of Argentine wine throughout the twentieth century.

“The big difference with Perdriel is its story,” says David Bonomi, the winemaker of Norton, a bodega with 120 vintages in the region. Undoubtedly, the main assets of Perdriel are its vines, some of the oldest in Mendoza. “There are still old vines of Malbec on rootstock, balanced, with little vigor and excellent quality. They are part of a number of vines which were formed from plants that producers shared at one time”, added Bonomi when explaining how Perdriel forged its own destiny towards quality.

Thanks to this history and the quality of its fruits, this district of Lujan de Cuyo is one of the few areas which boasts the mark of Controlled Designation of Origin on the labels of its wines.

At an altitude of between 950 and 980 metres above sea level, the vineyards of Perdriel occupy one of the highest and coolest areas of Lujan de Cuyo.

As in the rest of the wine regions of Mendoza, its climate is dry, with hot summers and very cold winters. But one vital factor that defines its climate is the proximity of the River Mendoza, which provides a kind of corridor for the cool air descending from the Andes.

This location also provides information for understanding the composition of its soils: alluvial and poor in organic matter. In general, they are sandy loam on the surface with an abundance of stones and rocks at 20cm of depth, a feature that makes them ideal for growing red varieties, mainly Malbec and Cabernet Sauvignon.

A kingdom of reds

Due to its climate, Perdriel is a paradise for the red varieties, particularly Malbec and Cabernet Sauvignon. According to experts, the Malbec has a unique identity, which is easy to identify. “From my first harvest in Perdriel, I was amazed at the floral tones of Malbec as few wines have such sharp violets,” commented Bernardo Bonilla Bossi, winemaker at Bodega Casarena; “In addition, the variety achieves its own, refined and subtle style, with good fruit and lively acidity. It is a classic but fresh style. “

As for the other star of the region, Cabernet Sauvignon, Gustavo Ursomarso, agronomist at Terrazas de los Andes, adds: “Perdriel is a strategic soil that allows us to develop a special Cabernet, with a red and fruity profile but without much vegetal presence. So we get elegance and typicity, as well as our own style as in the Single Vineyard Finca Los Aromos“.

Bonomi ups the ante and says: “After developing micro-vinification with Cabernet Sauvignon and Cabernet Franc from Perdriel, we concluded that these strains can achieve an even higher quality than Malbec. However, for us it is an ideal terroir for wine blends. “

The white varieties, which carry less weight, also offer good results. With old vines of Semillon and Chardonnay, there are wines on the market that give a good account of terroir. Pedro Rosell, renowned winemaker in charge of Cruzat sparkling wines, argues that for Chardonnay, “Perdriel provides excellent fruit for the base of our sparkling wines, with good acidity and maturity, thanks to the altitude, the deep sandy loam soils and the cool climate at night. “

There are many labels produced in Perdriel. To discover the taste of the terroir, it is best to try Malbec, which compared with other regions is simpler. For example, Achaval Ferrer Finca Bella Vista 2011, with a sophisticated and lively style; or Finca Perdriel Colección 2009, a classic and traditional version of the terroir. If the intention is to discover the most modern profile, Casarena Jamilla’s Single Vineyard 2011 is the most suitable.

After drinking them, one thing will be clear: as far as Argentine wines go, the past is the seed for the future, and that the perfect, little known land of Perdriel, is worth discovering.

The white wine revolution is underway in Argentina

How does the denominations system work for Argentine wine?