Skip to content
Posted inMalbec News Trends
Posted by By Joaquín Hidalgo 6 May, 2015 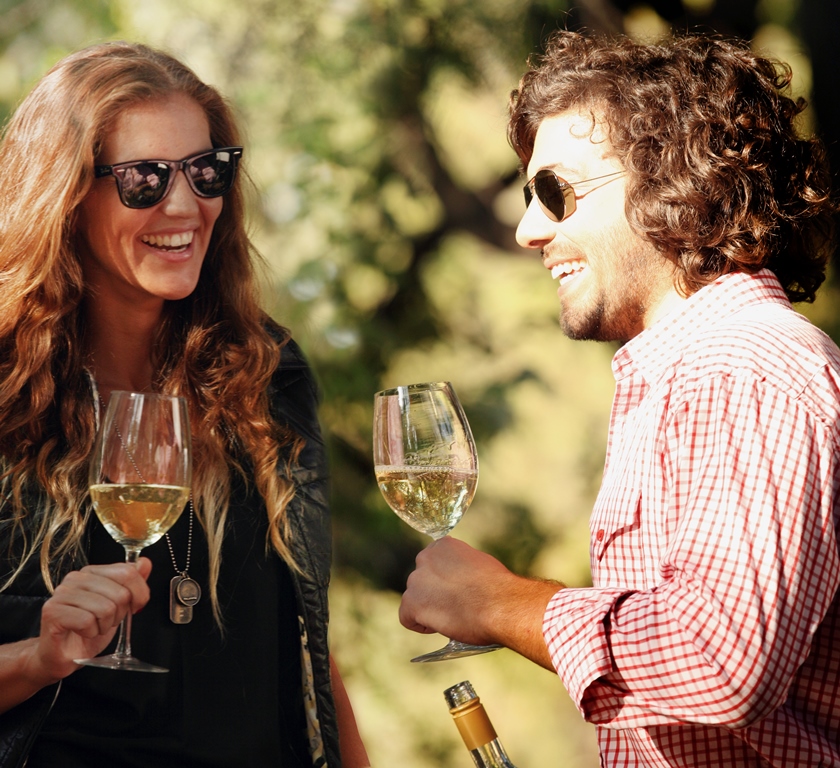 Argentina is Malbec. Of this there is no doubt, but there is certainly room for nuances. Nuances that begin with some red varieties such as Cabernet Sauvignon, and now, judging by the results in the press and in certain contests, this is also being seen in whites. Especially in Chardonnay and Semillon, which have sharpened their styles in the shade of the reds and are now beginning to arouse curiosity. But they are not the only ones.
In the latest edition of the Argentina Wine Awards, the jurors drew attention to the prominent role of whites, while at the Decanter Wine Awards an Argentine Chardonnay was awarded the best Chardonnay in the world. That said, it seems that overnight white wines have caught people’s attention. And this attention is far from an isolated phenomenon and is instead, much closer to being the first indications of a trend that will manifest itself strongly.

In Argentine wine, there are two long-term movements that are happening at the moment which are resulting in better whites. On the one hand, the search for increasingly high and fresh terroirs. An idea of the 1990s which now offers, for example, mature Chardonnay vineyards at 1,500 meters and more, at the foot of the great mountains.
The other movement is more cultural than productive and consists of a group of good winemakers and agronomists who are concerned with getting the very best from each white variety. It is, so to speak, almost cross-generational; what their predecessors managed to achieve with reds, is what they want to do with whites. And they are starting to appear on the shelves. Good examples would be El Enemigo Chardonnay, Catena Zapata White Bone and White Stone, Salentein Single Vineyard Chardonnay, Doña Paula Chardonnay, Mendel Semillon, Mar&Pampa Gewürztraminer, to name but a few.

The higher up, the fresher

One of the great challenges for Argentine wineries is getting freshness into their wines. Ours is a country where the wine regions are found mostly in the desert, drenched by sun with high summer temperatures, so that the white grapes do not always retain their magic. Or it is not always preserved. But now that it is being grown in areas of high altitude, that equation has been adjusted. So today freshness is no longer a problem.
Alejandro Vigil, Chief Winemaker of Catena Zapata and creator of some of the most famous whites of Argentina, believes that between 1,400-1,500 meters, Chardonnay has strength and natural tension. It is something new for our country. And that tension adds a new aromatic palette. ”
In any event, the height is a real challenge for agronomists, because in this strip of foothills the soils were poor just fifteen years ago. Now the finest agronomic work involves not only producing grapes that preserve freshness, but also understanding how to work the soil in order to define a profile of wines.
So, in Doña Paula, the agronomist Martin Kaiser now has a thousand vines instead of one: “Alluvia, in the heights of Gualtallary, Tupungato, is for us a mosaic vineyard with varying types of soils along small strips of land. And we are studying them in detail to get the best expressions for our whites “he says.
This focus on detail is one of the things that is changing the profile of the white wines. Because, unlike before, the selection of micro-terroirs and parcels is beginning to define a path of excellence for these wines. Something that Catena Zapata have taken advantage of with their White Bone and White Stone, two Chardonnay’s selected by soil type, with even higher prices.

The future is ours

Among the winemakers who feel the potential of the whites, there are a handful that have their own ideas. One is David Bonomi, the new winemaker at Norton. In the 2015 vintage, the first that he was in charge of the winery, he produced about thirty variations of Sauvignon blanc, across different terroirs, points of maturity and worked with lees in the winery. “My idea is for Argentina to have a different Sauvignon. I don’t want it to be like Chile or New Zealand, expressive but rather delicate. I think we can do it, “he ventured.

Like him, other winemakers that come from the world of red wine have found a new focus in white wine. Roberto de la Mota, for example. Famed producer of Malbec, has found a creative haven in Semillon. “It is a variety that I love developing” he says. Mendel Semillon is the result of him having fun. The top white of Argentine oenology, it gains praise with each new harvest.
Another creative is José Galante. Head winemaker at Salentein, he has reinvented the concept of Chardonnay for the Valle de Uco. With barely noticeable hints of wood, excellent freshness and elegant white fruits, the winery displays good raw materials in the glass. “I am excited about what can be done today with grapes grown at high altitudes. Our Single Vineyard, for example, is grown at nearly 1,600 meters, and offers a unique flavour for Mendoza and Argentina, “he says.

Argentina, however, is a big country. And the wine business here is beginning to take full advantage of that. Seeking greater freshness, nearly a decade ago winemaker Daniel Pi, chief winemaker of Grupo Peñaflor fantasised about one day having a vineyard by the sea to develop other styles of white wine. His wish came true when one of the investors of the group assigned a part of an estate in Chapadmalal for a trial period.
So Trapiche Mar&Pampa was born, and its first vintage is already on the street.
In a cool to cold climate, comparable to Marlborough in New Zealand, a handful of hectares of vines gives life to a new profile of surprising whites. Planted on wind-blown, chalky soils, Chardonnay, Riesling and Gewürztraminer offer something new in Argentina. With its proximity to the Atlantic Ocean, there is still a lot to be discovered. Pi expressed this when he presented the winery in December 2014: “This is a dream come true. And it is only the beginning. ”