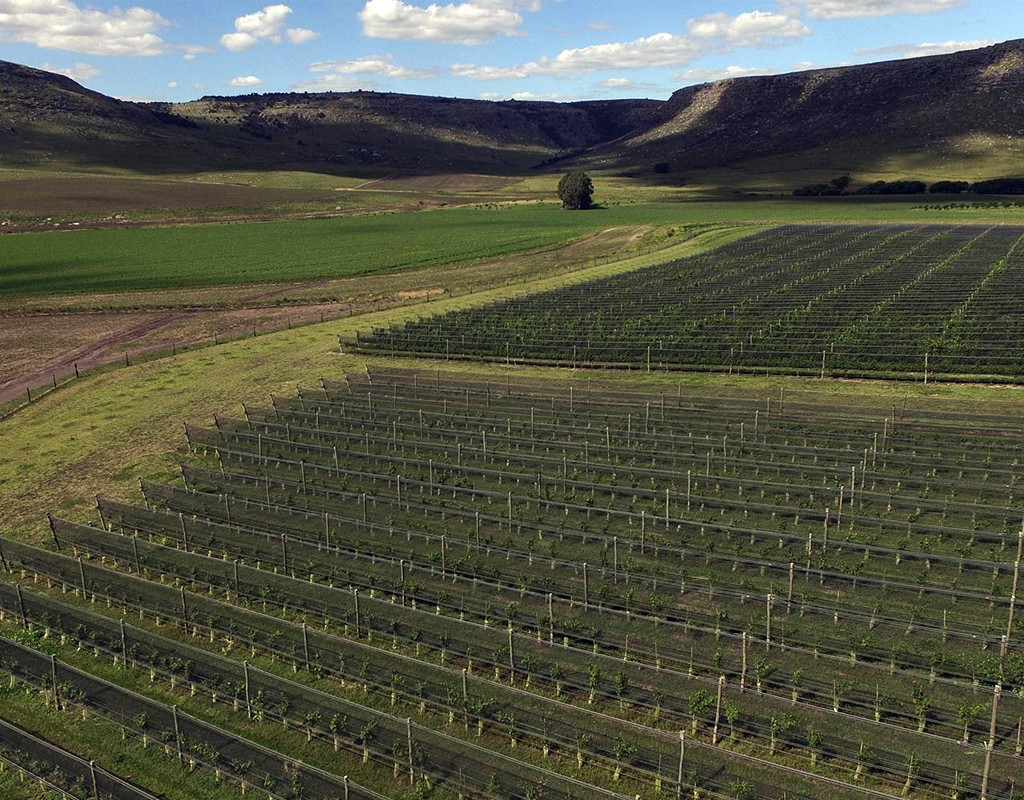 The plains, sierras, low altitude, wet, windy climate, narrow range of temperatures and influence of the ocean all determine the style of the wines of Buenos Aires, where one finds diversity, freshness and elegance with notable aromatic complexity. Across a large swathe of the territory, spanning the coast and the center of the province there are a range of different viticultural attractions to explore.

Buenos Aires has a lengthy viticultural tradition: from the end of the 19th century to the 1930s it was, after Mendoza and San Juan, the third largest wine producing province in the country. However, a 1934 law decreed by the Regulatory Board of Wine (today the National Viticultural Institute, or INV) banned wine production outside of Cuyo, resulting in the abandonment of all the vineyards of Buenos Aires.

Only in the new century did new winemaking projects start to appear and today, according to INV data from 2020, Buenos Aires has 149 hectares under vine distributed across 50 vineyards making it the tenth largest producer in the country. The wines of Buenos Aires now have their own identity and several wineries offer a superlative interpretation of its distinct terroirs.

Apart from the wide range of grape varieties being grown in Buenos Aires, each region has its own aromas and flavors. A tour of the different wineries of the province makes for a trip packed with excellent food, tourist attractions and, of course, fascinating wines.

Two wineries are leading the way in the Tornquist District: Bodega Saldungaray in Sierra de la Ventana, which has 20 hectares of vineyards swept by winds from the coast 60 miles away. The Sierra ridges of Ventania and Tandilia here generate a microclimate that is particularly propitious for vineyards. The winery was founded in 2003 and in 2007 held its first harvest and commenced production of its first wine. It is open to tourists with a restaurant and a guided tour.

Meanwhile Cerro Colorado, in Villa Ventana, began in 2002 with French clones of Cabernet Sauvignon and a spectacular Argentine Malbec grafted onto a American stock to help them adapt to local conditions. The winery is built from wood and natural stone providing a harmonic, peaceful environment in tune with its surroundings.

Further south, in Médanos in the Villarino District, one finds Aleste Bodega & Viñedos, one of the first modern winemaking enterprises in the area, which was founded in 2000. The winery is located to the north of the Colorado River at 39° latitude south, very close to the Atlantic ocean where they make their high quality Terrasabbia line.

Close by Saavedra is Ita Malal Bodega y Viñedos, in Abra del Hinojo. This 16 hectare vineyard is planted with grape varieties from Mendoza and produces both whites and reds including Chardonnay, Sauvignon Blanc, Merlot and Cabernet Sauvignon.

Down in Coronel Pringles is the winery Myl Colores, which makes an Extra Brut sparkling rosé using the champenoise method. Planted on hills at an altitude of 1000 feet above sea level and 60 miles from the sea, the unusual mineral and calcium-rich soils, wind and significant thermal range between day and night, especially in summer, make for a unique terroir.

Cordón Blanco is a family enterprise that was founded in 2008 in the La Elena area to the west of Tandil and about 850 feet above sea level where the vines are planted on a west facing slope and the thermal range is ideal for the production of Cabernet Franc, Merlot and Sauvignon Blanc. Later on, another vineyard was planted in Don Bosco, to the south, where Syrah, Sauvignon Blanc and Carmenere are grown. At weekends the winery hosts tastings and visits.

11 miles from the city of Tandil one finds Viñedo Horizonte, a project run by Bernardo Romeo where the Oenologist is the Mendoza-born Gerónimo Antonetti and the Agricultural Engineer Marcos Corti. ‘We have about 6000 plants of Tannat, Merlot, Malbec and a few white varieties such as Riesling, Chenin and Semillón right now. It’s a new project, fully agro-ecological and we’re only just making our first wines and coming up with concepts for wine tourism that will be up and running in 2022,’ says Marcos.

Costa & Pampa in General Pueyrredón, Chapadmalal (a GI in its own right), is just 4 miles from the sea and 110 feet above sea level, making it the most westerly winery in Argentina, and has seduced thousands of visitors with its maritime inflected wines.

The climate – the winery explains – is much wetter with low high temperatures and cool nights resulting in delicate, aromatic wines that also allow them to grow varieties such as Gewürztraminer and Riesling, in addition to Chardonnay and Pinot Noir.

Costa & Pampa, an enterprise run by Bodega Trapiche, has a visitor center where one can learn about the winemaking process and taste the wines and local produce such as cheeses and cured meats.

‘The province is so big and has so many different soil-types and climates that these days we’re finding an intriguing diversity among wines from Buenos Aires, albeit in low volumes. In our case, being close to the sea, we make very expressive wines with profound aromas and crisp freshness thanks to the natural acidity. Today, we’re specializing in whites and Pinot Noir, which has a surprising profile here,’ says Ezequiel Ortego, the Winemaker at Costa y Pampa.

In Balcarce, the Puerta del Abra winery possesses vineyards a thousand feet from the ridge in a valley surrounded by the Tandilia sierras between Balcarce and Mar del Plata. Here, one finds soils rarely seen elsewhere in the world with sheets of porous limestone and a distinctive microclimate generated by the sierras and the local winds while its proximity to the sea adds even more to the unique mix. The winery produces still wines with good structure and body using varieties rarely seen in Argentina such as Albariño, Riesling, Tannat and Cabernet Franc and sparkling wines that display a remarkable complexity of aromas and flavor.

Delfina Pontaroli from Puerta del Abra says: ‘We’re interested in making wines that express the terroirs from which they came and so we work hard to preserve that expression in both the vineyard and the winery. We make Riesling and Albariño, which aren’t very well known in   Argentina and in both cases we achieve notable natural acidity and mild alcohol content, quite different from what you find in other areas of the country. Among the reds,’ they produce Pinot Noir, Tannat, Bonarda and Cabernet Franc, ‘we strive for elegant and complex wines whose acidity and local qualities produce very interesting layers of flavor.’

In Junín, Finca Las Antípodas is the dream come true of a group of wine-loving friends who are advised by Gabriela Celeste, the Director and Partner of Eno-Rolland, a company owned by Michel Rolland.

Finally, now quite close to the city of Buenos Aires, just 40 miles away in fact, in the town of Cañuelas, one finds Finca Don Atilio the closest winery to the capital which has won renown for its Tannats, in addition to other varietals.

And so, one finds that the perhaps surprising wine route of Buenos Aires, just a few miles from the national capital, really does have plenty to offer.

Why not read more about the different terroirs of Argentina? The Wines of San Juan: the road to freshness