Posted inMeet the Wineries
Posted by By Wines of Argentina 28 September, 2021 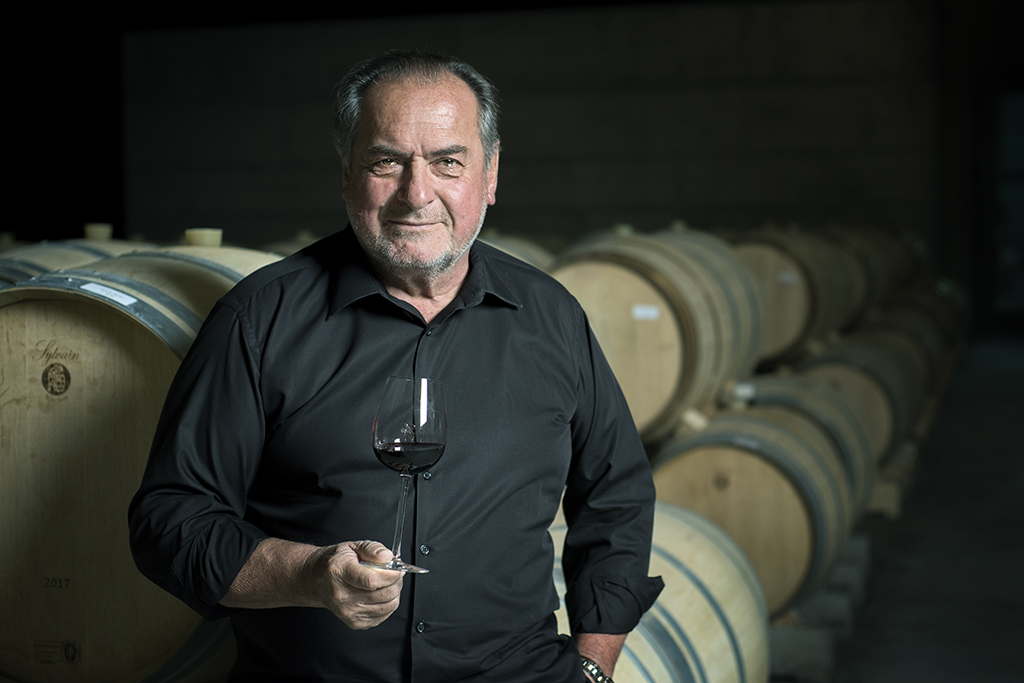 The French have influenced how wine is made all across the world. Wherever a vine has been planted, the primary model to follow is always to be found in France, among the different regions that stretch between Burgundy and Bordeaux. This was certainly true of California and also applies in Mendoza.

But at the foot of the Andes in the Uco Valley the phenomenon went so far that a small outpost of Bordeaux was actually established on the other side of the planet: seven of the most prestigious chateaux in the region decided to invest in a single property where they planted vines and built wineries. The enterprise was called Clos de los Siete and since 1998 it has been bringing a touch of gallic flair to the local Malbec scene.

Clos de los Siete, the dream of a vineyard made real

After working for over a decade in Argentina, Michel Rolland felt an urge to begin a personal project in Mendoza. Having drawn up plans for it together with his friend and oenologist Jean-Michel Arcaute, in the late 20th century they started to look for a virgin property in a region that was beginning to attract the attention of several winemakers but that had seduced Rolland long ago: the Uco Valley.

“I discovered the Uco Valley while I was consulting for some of the most important wineries in Mendoza. The grapes from the valley were always of remarkable quality, especially the Malbecs. That convinced me that there was an opportunity to make the best wines of Mendoza there,” remembers Michel Rolland more than twenty years after the founding of Clos de los Siete.

The chosen location was the highest part of Vista Flores – in the Department of Tunuyán – where few dared to plant vines because of the risk of frost. The total surface area of the lot was 850 hectares and although it seemed an ideal place to make the dream a reality, it also represented an enormous challenge.

However, Rolland trusted his instincts and the conditions of the terroir he’d found for himself: the slope to the east which provided excellent northern exposure to the sun, poor, rocky soils with good drainage, and also ample snow melt water for irrigation.

Convinced of the potential of the land and the quality of the wines he could produce there, Rolland went back to Bordeaux looking for partners to join him on his Argentine adventure and by 1998 he’d found several families who owned prestigious Bordelais chateaux to join him on his mission to conquer the wild west of the southern hemisphere.

Several factors combine to make Clos de Los Siete a unique vineyard. On the one hand, there are the qualities of the mountain terroir and on the other its scale. With 600 hectares planted with quality vines, Clos de los Siete is one of the largest vineyards in Argentina dedicated solely to making premium wines.

In deference to the qualities of the Argentine soil, the predominant variety is Malbec (60% of total surface area). “It’s a unique variety that delivers an inimitable expression of the land of Mendoza,” says Rolland.

But there are also plenty of Cabernet Sauvignon and Merlot vines; both essential varieties for Bordeaux style wines, which thrive in the region, delivering excellent results.

When it came to the winery, from the start the idea was to found several independent facilities for each of the families involved in the project so they could make their own wines, thus ensuring that the project would be rich and diverse.

The presence of such exclusive wineries in the same location also makes Clos de los Siete one of the most important destinations for wine and gastronomic tourism in the Uco Valley and it receives many thousands of visitors every year.

Made for the first time in 2002, Clos de los Siete has become an Argentine classic having been produced for seventeen consecutive years: 2018 was the most recent to be released on the market.

Still run by Rolland, Clos de los Siete is a Malbec-based assemblage to which each of the wineries makes a contribution.

“2018 was an excellent year in the Uco Valley: a dry, cool season with record thermal variations and very healthy grapes. The summer started warm but then cooled off in February, March and April. Together with 30% less rain than the historic average, optimal balance was achieved in the fruit with excellent natural acidity and aromatic expression,” says Rolland.

With an annual output of a million bottles, Clos de los Siete is exported to over 70 countries and with each new award and honor it receives across the world, the Bonnie, Péré-Vergé-Parent, Cuvelier and Rolland families redouble their efforts and commitment to Mendoza as new generations inject dynamism, energy and diversity to the enterprise, guaranteeing many more years of hard work and wine.

They all know that the Uco Valley still has a lot more to offer.

If you’re interested in reading more about Argentine terroirs, click here: Adventure, nature and enchantment in the Mendoza Andes

The Wines of San Juan: the road to freshness

The Wines of Buenos Aires, establishing an identity