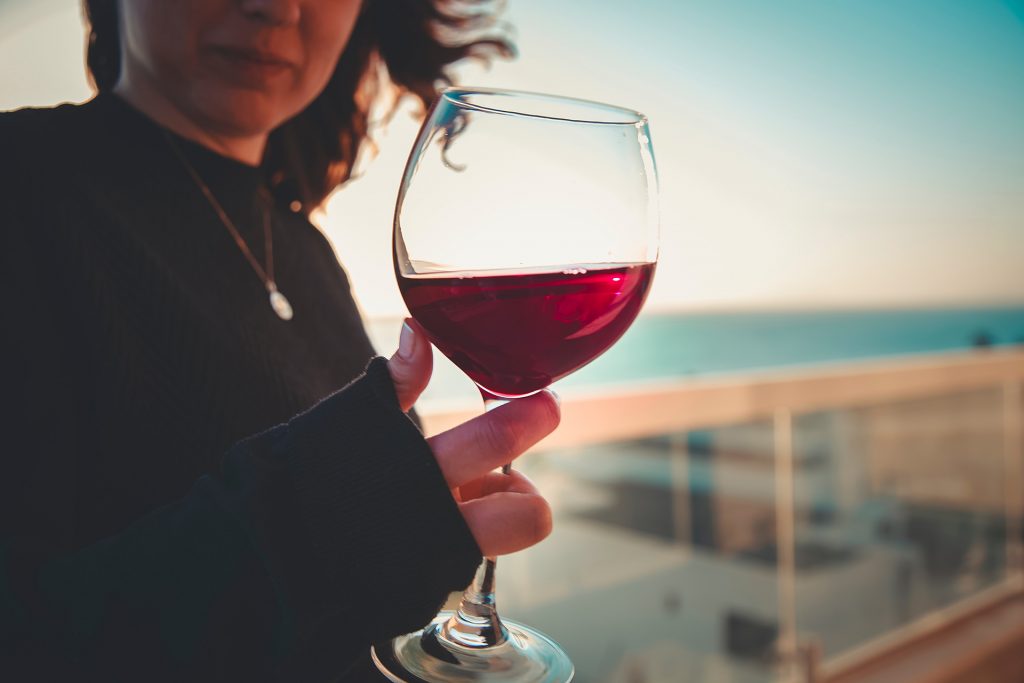 Wine is made from grapes so you’d assume that they’re vegan friendly. But no: most use animal derivatives at some stage during the wine making process.

This revelation made me look back over everything I’ve learned so far about the world of wine; it’s been a wild ride but the truth is that ever since the first bottle I bought over the internet for my friend, I’ve been more interested in pleasure and sensations than winemaking methods and techniques. I obviously still have a lot to learn!

At first, I was only interested in learning about flavors and starting to recognize the different properties of each variety but now I’ve begun to explore how the wines are actually made.

What are vegan friendly wines?

It all began with Hayley’s vegetarian sushi. We were catching up over mushroom, chili and mango and avocado and Philly cheese rolls along with a bottle of Kaiken Malbec Rosé we chose together at the wine store. We told Alex what we were having and took his suggestion, knowing it would go perfectly.

Later, my friend saw that the label said the wine was certified as vegan. Huh? Aren’t wines always vegan? It’s made by fermenting grapes, what animal derivatives could it possibly have? What are vegan friendly wines?

Wine lovers, let me tell you a little about what I’ve learned over the past few days.

Conscientious consumption is a global movement. It means that everything you consume has to be in line with your principals: the food you eat should come from the earth and have the least additives possible, beauty products mustn’t have parabens or other potentially toxic oil derivatives, and the things we buy should be fair trade and environmentally friendly. Traceability, sustainability, gathering all the information you need about the products you use, and reducing your environmental impact have become rules to live by.

That’s one thing. Another – although it’s obviously related to environmental awareness – is veganism, which is about much more than what you eat. It’s an ethical stance that refuses to make use of animal derivatives and thus rejects consumption of any product (including food, clothes, cosmetics or medications), form of transport or entertainment that involves the abuse, mistreatment or sacrifice of an animal.

In that context and bearing in mind that younger generations tend to be much more responsible and reject animal cruelty even when they haven’t gone completely vegan – people like me – it’s logical they they’d be on the look-out for vegan wines. But what are vegan friendly wines?  The wine industry needs to offer options for the growing segment of consumers who insist on seeing a cruelty free seal on the products they buy.

Overall, the wine scene already tends to place great emphasis on respect for nature and as little intervention as possible. Wine is already a natural product that comes from the earth and passes through many different hands as it makes the journey from vineyard to bottle, each of whom add their own measure of wisdom and knowhow.

However, during the filtration process, albumin derived from eggs – there it is – has traditionally been used to clean wine and keep it translucent. However, wine can also be filtered with bentonite (a type of clay that works perfectly) or simply left unfiltered resulting in a 100% vegan friendly product.

So vegan wines have become an important part of a growing movement. I may be a novice but the wine scene is exciting, complex and diverse and I’m very glad that there are options for those who take a firm stand on the treatment of animals.

The wine we had with our sushi was great. Have you ever wondered about vegan friendly wines? Did you know they existed? Have you ever tried one?

See you next time, glass in hand!

Oh! If you enjoyed this, you might like to read more about wine: Argentine wines for the summer: much more than a seasonal fling

Sushi and wine, the big celebration