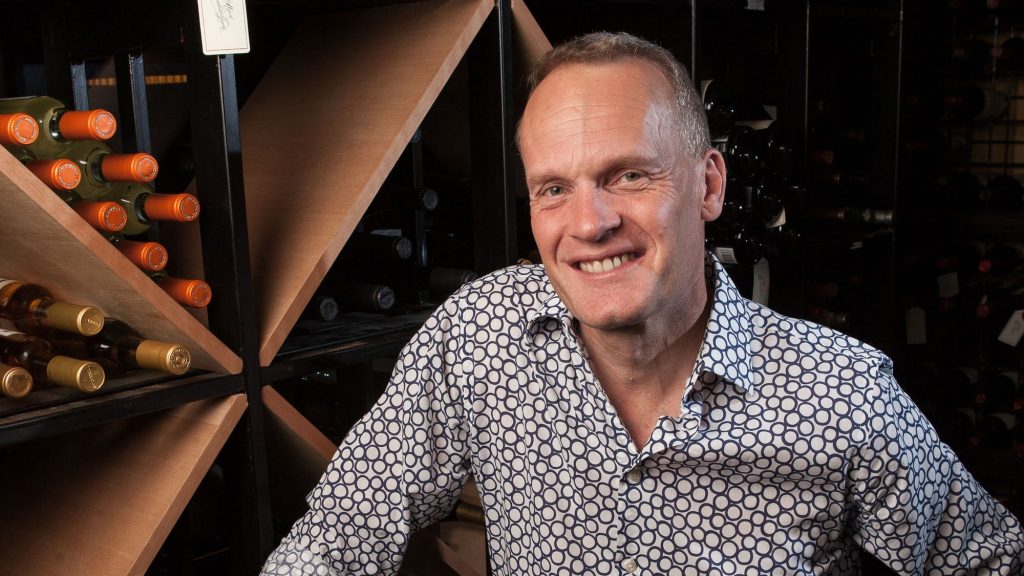 Tim Atkin, the British Master of Wine who is considered to have one of the most influential palates on the planet, has been visiting Argentina to conduct tastings for his annual report since 1992.

Invited by Wines of Argentina, Atkin spent three weeks touring the vineyards and wineries of different regions of the country. Known by local winemakers as “more Argentinian than English”, the Master of Wine honours this title with daily maté drinking sessions, even in his office in England, and says he “could eat asado every day”. When it comes to talking about wines, hiding his enthusiasm for them is as difficult as disguising his British accent, despite speaking perfect Spanish.

Over the course of his twenty day trip he tasted around 1,100 wines, and among them found many surprises, and went as far as to reveal the formula to achieve successful wines: “Winemakers should not follow the fashions nor the opinions of the critics, but instead their own tastes. I like to see winemakers make the wines they like to make. Successful wines are never achieved by following fashions “

We met him in Buenos Aires, at the end of his trip, to give us his impression of the local industry, and this is what he told us.

– I imagine that after three weeks in Argentina many things must have caught your attention. Which stood out for you?

– Totally. Argentina evolves a lot from year to year. This year the new regions that I was lucky enough to discover really stood out for me. Areas where I had tried wines but had not visited, and the truth is that I was surprised by many. The first one I visited was Chapadmalal. In San Juan, I visited Barreal and Pedernal, while in Mendoza, after many years, I returned to San Rafael and also discovered the vineyards in Uspallata where they grow Malbec at 2,000m. In Patagonia, the most traditional areas of Río Negro. But let’s not only talk about these areas: in all of them there is much to tell because in all these places there is someone doing something interesting.

– But if you focus on the new areas, what did you notice about each one?

– In the vineyards of the Atlantic coast, there is great potential for aromatic grape, such as Riesling, Gewurztraminer, Sauvignon Blanc or Albariño, very different wines than we are accustomed to. Pedernal is undoubtedly a fantastic place for Syrah, and in San Rafael we visited areas with granite soils that are not yet planted but seem ideal for grapes like Syrah, Grenache, Mourvedre, Carignan, and there are people with intentions to do so. I hope they do. Uspallata surprised me by the profile that Malbec offers, a lot of personality.

– You emphasise typical grapes of the Rhone, but, for example, Syrah is reputed to be a difficult grape for the business, or so many local producers think.

– It may be difficult in markets like the United States, where today it does not have the best reputation, but in other countries in like Europe, it is a highly valued grape. Same as Grenache. In addition, they are grapes that should give good results in the Argentine regions.

– And as for the wines, what conclusion do you reach this year?

– Stylistically I noticed that the wines are finer, lighter and more elegant than in other times. There is good structure in most reds, but there is less oak and alcohol is beginning to decrease. There is a turn towards gastronomic wines, wines to accompany a dish instead of wines that are a meal by themselves. In many cases, I found wines that are fresh and easy to drink. These allow for better appreciation of the personality of the place where they are made. If we’re talking about trends, this is what stands out for me in Argentina today and I really like it.

But there are also other wines whose style may not change nor should change. I speak of those who already have their markets, they are successful and their business and consumption is secure. Maybe they are not my favourites, but they are getting better and better, with good balance. It is a question of taste, not because I prefer one style or another, winemakers must change their way of working.

– For many, Argentina is Malbec, do you think the same?

– Without a doubt, Malbec is very important for Argentina, but many would be surprised to know that it represents 10% of the total vineyards in the country. Moreover, there are more and more styles and profiles of Malbec. Let’s take the case of Paraje Altamira. This region managed to establish itself strongly with its Malbec, and this will happen with other regions where more and more work is being done to identify the characteristics of the terroir and the differential flavour of the region.

From my point of view, Argentine wine producers have two ways to go, not one or the other but both simultaneously. With Malbec, continue to work with precision on the origin. There is a lot of diversity to show the world about these wines. We must begin to explain that a Malbec from Perdriel, San Pablo, La Consulta, Salta, Gualtallary, Río Negro, Las Compuertas or Altamira is not the same. The second path is the diversity of types of wines that are produced in the country. There are almost a hundred different cultivated grapes that give the possibility to elaborate very different wines, and it has to be shown. This year I tasted Albariño, Verdejo, Mourvedre, Grenache, unique wines that are very enthusiastic and will surprise many. In addition, other grapes, such as Assyrtiko, Furmint, Nero D’Avola, Vermentino or Mencia, can be cultivated and should work very well.

– Of the rest of the wines, what do you notice?

– The red blends, the white blends, a new category for Argentina and the Chardonnays. Among the first, I have to mention the complexity and fineness. I really liked the white blends as an alternative to the more classic whites. And as for Chardonnay, it is very interesting how they have found their own style.

– But are Argentine Chardonnays really up to the historical benchmarks?

– For sure. The quality of many I tried is very good, especially those of Gualtallary and San Pablo. Those of Catena or the ones made by Jose Galante are impressive wines.

– Being almost Argentinean, if you had to suggest a couple of bottles to someone who does not know our wines, what would you recommend?

– First, a Malbec with grapes from Luján de Cuyo, Uco Valley, even from the East. Then the best Torrontés you can find; A Cabernet Sauvignon from Luján de Cuyo, perhaps Perdriel; A red blend based on Malbec and Cabernet, and a Semillon. But I would also add a high altitude Chardonnay and a red from Paraje Altamira so that he or she can begin to discover the future of Argentine wine.