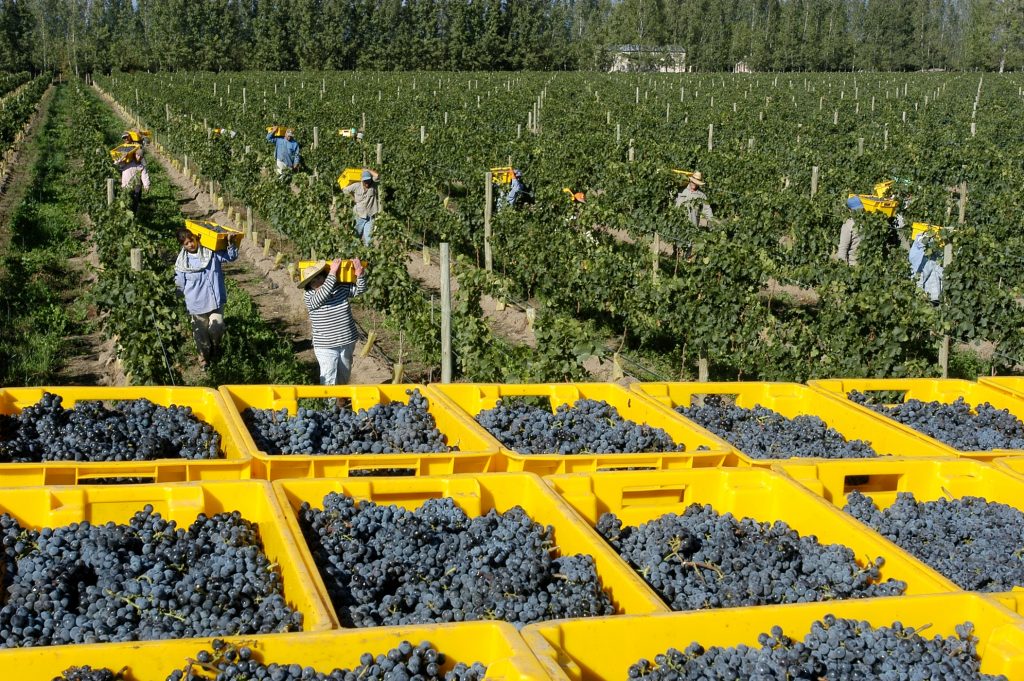 All that is outstanding is different in an unexpected way. That’s what happened with the harvest of 2016 in Argentina, but particularly in Mendoza: a year in which nature will leave its indelible mark on both the wines and the memory of its winemakers.

With a cold spring and an October with an average of 5 degrees less than the historical average, the bud break was late and fruit set was uneven. It wasn’t that it hadn’t been predicted, but expectations were exceeded and the process of maturity was delayed by at least twenty days.

The reason? Long-term forecasts said: El Niño will touch down this year. And when that warm current, descending from Ecuador, hits the Pacific Ocean, the climate of the region will go crazy. How much? Enough to triple the average rainfall of Mendoza and raise low levels of 200mm to 700 and 800mm.

With this overview, a rainy and cold January arrived. It was rare to see cloud cover in Mendoza. In fact it was exceptional.

Rogelio Rabino, winemaker at Kaiken Wines, describes it well in his vintage report: “We had the right information, we knew it would rain, so we took the necessary precautions. For example, vineyard protocol was especially designed to weather the storm“.

If on average in Mendoza remedies are needed two to three times per cycle, this year up to nine were necessary to prevent the development of fungal diseases. As the harvest progressed, a relatively calm February was followed by a very wet March. Alarms went off in the wineries: something was wrong with the grapes, something unthinkable for Mendoza. Alejandro Canovas, Vistalba’s winemaker, said that “phenolic maturity was completed too early: we know what happens in Bordeaux every year, but in Cuyo”.

So he had to make a choice: either harvest and forego structure and power, or wait and run the risk. Those who gambled for the first choice won as early snowfall in April ended the harvest.

The year of nature

Leonardo Erazo, winemaker of Altos Las Hormigas, explains that “those who did good preventive work obtained exceptional grapes: with lower colour concentration, high freshness and low alcohol potential.” That gustatory equation is the exception to the rule. In fact, if the dream of any winemaker in Mendoza is to work with lower alcohol, this year was their chance: the National Institute of Viticulture set the grade for red at 12.01, a true rarity.

Daniel Pi, head of enology at Grupo Peñaflor, is enthusiastic: “This year we’ll be making wines which we have been fantasising about: reds armed with freshness, slightly thinner in the mouth. It’s not what we’re used to, but it’ll surprise the consumers, “he said.

An obvious example is the winery Giménez Riili with its Cabernet Franc. Winemaker Paul Martorel, used to producing very ripe grapes in Vista Flores, Valle de Uco, this year had to “bring forward the protocol and work with grapes much earlier which initially made me wary. But we worked away and took care of the tannins and suddenly I realised that I was making out of the ordinary reds. “

And out of the ordinary is exceptional. There are those who think that the 2016 vintage will surprise the palates of consumers, and others who look at the low production figures and don’t feel so upbeat. Despite the positive vibes from some, this vintage has been reduced by 27% in comparison to 2015 due to the adverse weather conditions.

Beyond this loss, which was especially strong in eastern Mendoza, vintage 2016 was one in which nature challenged technology for both the agronomists, who had to develop strategies to balance the vineyard and the winemakers who had to produce the wines in another way.

The results are as atypical as they are exciting. The Sauvignon Blanc 2016 has freshness and citrus aromas. With Chardonnay, a wonderful thinness, that excites oenologists like Rabino or Canovas who normally make bold wines. With Torrontés, it is the citrus notes and not the floral which stand out.

In terms of red wines, the fruit is fresh, clean and attractive. Especially with Malbec, at the same time it has a hint of balsam which shows an open character. Or with Merlot, which some winemakers, like Silvio Alberto, from Achával Ferrer, say will be the best for many years.

So, those in the know maintain that this is the most important harvest of the last thirty years, both for the work and the challenges overcome as for the wines that were achieved. All that remains is to get drinking them. Now that Spring is on the doorstep, the new whites and rosés are ready to open. Drinking is believing.

Argentine flavours from top to bottom