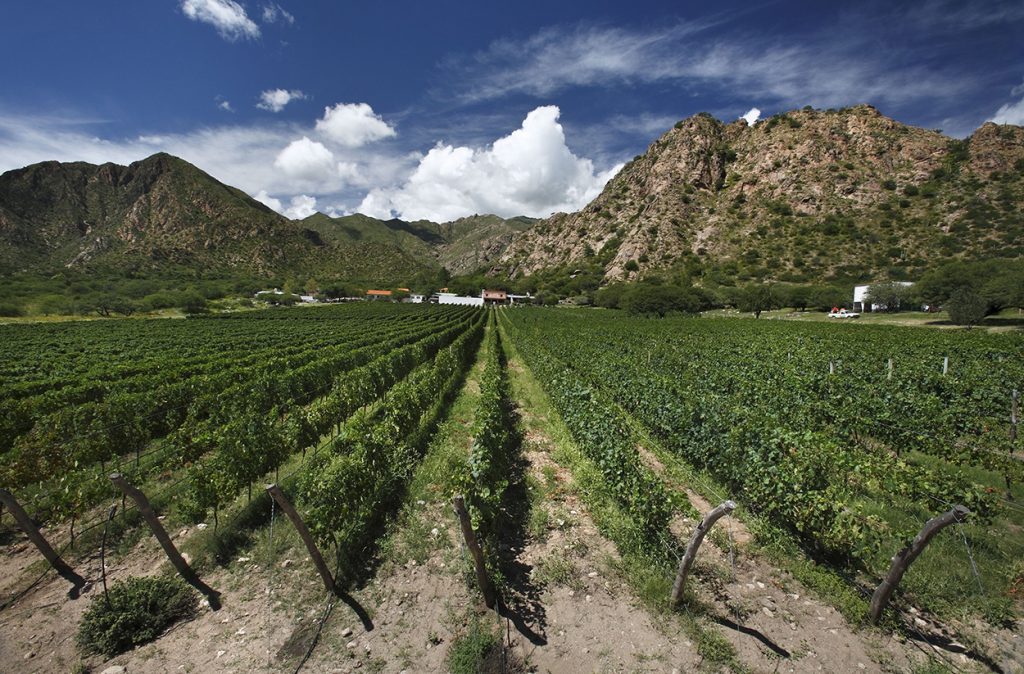 If you’re not paying attention, you could easily get the two mixed up: latitude and altitude share the same letters; just a couple have traded places, but, like Borges’ Aleph, they hold the key to everything, at least when it comes to the terroirs of Argentina.

It’s not always obvious to wine drinkers but, compared to other countries, in Argentina the two terms really are crucial to determining the character of a wine.

It’s quite simple really: imagine a map of Argentina superimposed over Europe so that the south of Argentina is over Spain. The northern wine regions would be parallel to Scotland, where it’s far too cold to grow wine.

If we were to place the north further down, in the northernmost wine regions of Europe such as the Moselle in Germany or Sussex in England, the far south of Argentina would be in the heart of the Sahara desert, where it’s a little too warm and dry for grapes.

And so the distinctiveness begins to become clear: the vineyards and terroirs of Argentina span a vast amount of latitude compared to Europe.

So, what is responsible for that distinctiveness? The answer lies in the Andes and their effect on the geography and climate, which is where we get to the second term: altitude.

The Terroirs of Argentina: what’s the secret to their success?

To delve into the phenomenon a little further: latitude refers to a set of hypothetical lines that circumnavigate the globe at certain angles in relation to the equator at the centre of the earth.

Latitudes range from 0 to 90° with the equator at zero and the poles at the right angle. The higher up you go on the scale in either direction, the more the temperature drops.

Altitude, in contrast, is calculated from sea level, with the oceans representing 0. The highest point the land reaches is Mount Everest (8849 metres or 29,032 feet, above sea level), but we can go higher, saying for instance that airplanes fly at an altitude of 10,000 metres (30,000 feet).

When it comes to terroir, the key lies in observing that altitude and latitude have a similar effect on temperatures: in each case the higher the figure, the lower the prevailing temperatures are likely to be.

This explains why it’s hot at the Equator but freezing at the Poles but also why Everest is as cold as the Poles even though it’s in the Tropics.

The terroirs of Argentina depend on this equation: the further north you go, the more your latitude descends. This means that the further you head into the tropics the higher the temperature is going to be. However, the higher you go in altitude as you head up the Andes you counter this effect until you eventually achieve the ideal temperature for vineyards. The opposite is true when you head south.

So, within very brief distances different altitudes will provide for sharp changes in climate, resulting in the same kind of range that allows so many different grape varieties to be grown in Europe.

This means that Argentina can successfully produce wine at latitudes so low they fall between the Tropic of Capricorn and the Equator such as Humahuaca, while in Mendoza, which lies at a latitude of 33°, you’ll find warm areas such as La Paz at 500 metres above sea level and areas that are almost too cool for vineyards at heights of between 1700 and 2000 metres above sea level such as Gualtallary and Uspallata (temperatures are also affected by how exposed the vineyards are). And to cap things off, let’s swoop on down to Chubut, which we’ll find at 45.5° of latitude to the south but just 270 metres above sea level.

But it’s not just a question of temperature: the higher up you go, the thinner the atmosphere becomes, which also has a significant effect on the climate.

The degree to which ultraviolet light is filtered falls the higher you go: at Mendoza’s latitude, every 1000 metres the amount of radiation increases by 12%. In the tropics the change is even greater.

Something similar occurs with latitude: the closer you are to the Equator, the more radiation gets through while, because of the curvature of the earth and increasing thickness of the atmosphere, it grows less intense closer to the poles.

And so, through proper judgement of the different variables of altitude and latitude, Argentine wine producers are able to grow vineyards across a huge expanse of land, all along the spine of the Andes.

So, once you take into account the varying temperatures, levels of solar radiation and soils, you start to get an idea of the potential complexity of the wine terroirs of Argentina.

Far from being uniform, the mosaic of regions contains both old favourites and emerging areas that have appeared very recently.