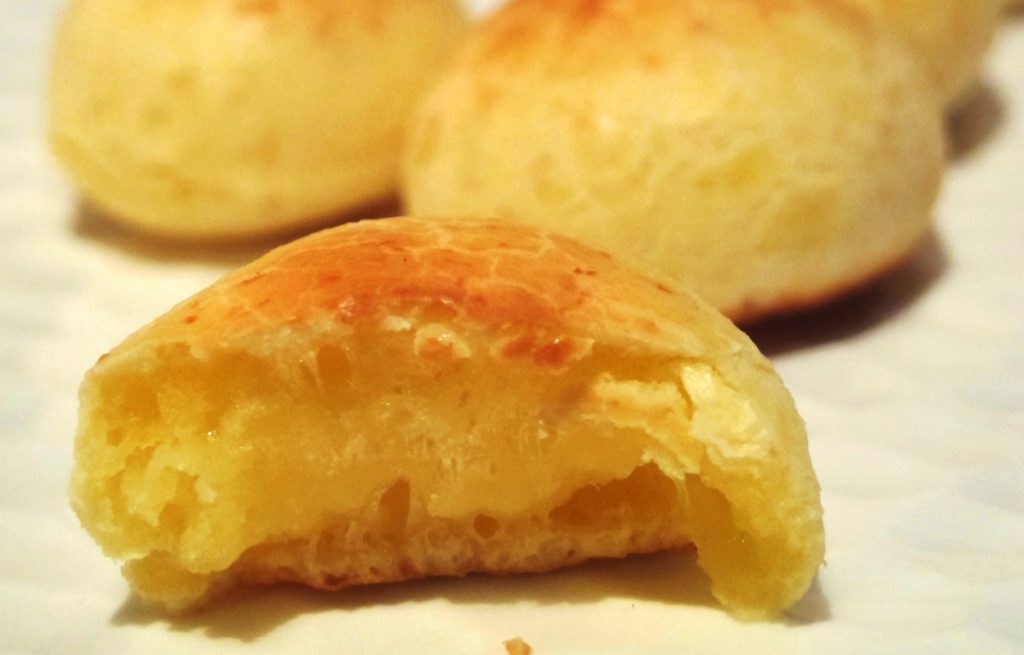 It’s time to put on your apron! On this occasion we have for you a recipe for chipa. Hallowed bread of the riverside provinces of Misiones, Corrientes and Formosa and an iconic Paraguayan snack, chipá (which comes with or without an accent depending on where you’re from) has expanded beyond its Guaraní roots to seduce snackers all over the world.

Popularized by Guaraní migrants who brought their culture and recipes with them on their travels, chipá has spread across the continent. When you bite into a chipá for the first time, you’ll be rewarded with an initially crunchy texture followed by a springy interior and generous helping of cheese.

Chipa is a Quechua (or Aymará) word often translated as ‘basket’. In fact, in several countries in Latin America it also denotes the padded headscarf used as a base to carry a basket on one’s head.

The history of the recipe for chipá

Chipá were originally made according to an ancient Guaraní recipe. The original ingredient was solely cassava starch seasoned with ash and baked in hot embers, sometimes wrapped in a banana leaf. When Spanish Jesuits first arrived in the region, bringing with them hens and cows from the old country, eggs, milk and butter were added to the recipe for chipá. And thus it attained perfection.

There are at least 70 different ways of making chipá: chipa pira, chipa quesu, chipa riguazu, chipa almidón, chipá trenzado and many more. Each method has its own cultural and symbolic meaning to local communities in Argentina but in spite of these different versions the base is always cassava starch, butter, sunflower or corn oil, salt, milk (or water or a mixture of the two), egg and grated cheese.

For home baking, why not use the version of award winning chef Patricia Courtois (the first winner of the Prix de Baron B Édition Cuisine in 2018), published in her book Viaje al Sabor (Flavour Voyage) in which she reflects on her passion for the cuisine of Corrientes. It’s fool-proof:

Mix all the ingredients together and once you’ve made a ball of dough, sprinkle cassava starch on the table and roll into a cylinder. Cut into equal portions and roll into smaller balls. Place on a buttered tray, keeping them apart so they don’t stick together when they expand in the oven. Bake on a high heat until the chipá are golden.

Cassava, the heart of the recipe for chipa

What is cassava, the main protagonist in chipá? It’s a tough, cigar-coloured root with a beige second layer and bright white pulpy core. Also known as yuca, aipim, tapioca, guacamota, casabe and mandioca in different countries of the Americas, this ancestral root has been cooked in thousands of different ways.

The oldest recorded evidence of cassava consumption was found in Peru and we know that it originally came from the American tropics. Today it is the main source of sustenance of millions of people and boasts excellent nutritional properties. In fact, it is considered a food of the future by the United Nations Food and Agriculture Organization. Cassava roots (Manihot esculenta) deliver succulent quantities of carbohydrates and starches.

It’s cooked similarly to potatoes: boiled, baked, fried and roasted but it has its own distinctive personality. Cassava must be cooked because it contains toxic components in its raw state that disappear when heat is applied. In Argentina it is mainly produced in the Provinces of Misiones and Corrientes, although it is also widely consumed in Chaco and Formosa.

If you visit the Iguazú Falls, or the Jesuit ruins of San Ignacio (in Misiones), or the natural reserves of the Esteros del Iberá (in Corrientes) you’re bound to be welcomed with a lovely gourd of mate and warm chipá (as well as many other dishes made with cassava). Why not try this recipe for chipa to enjoy at home?