Posted inBreaking News Outstanding
Posted by By Vinómanos 24 May, 2021 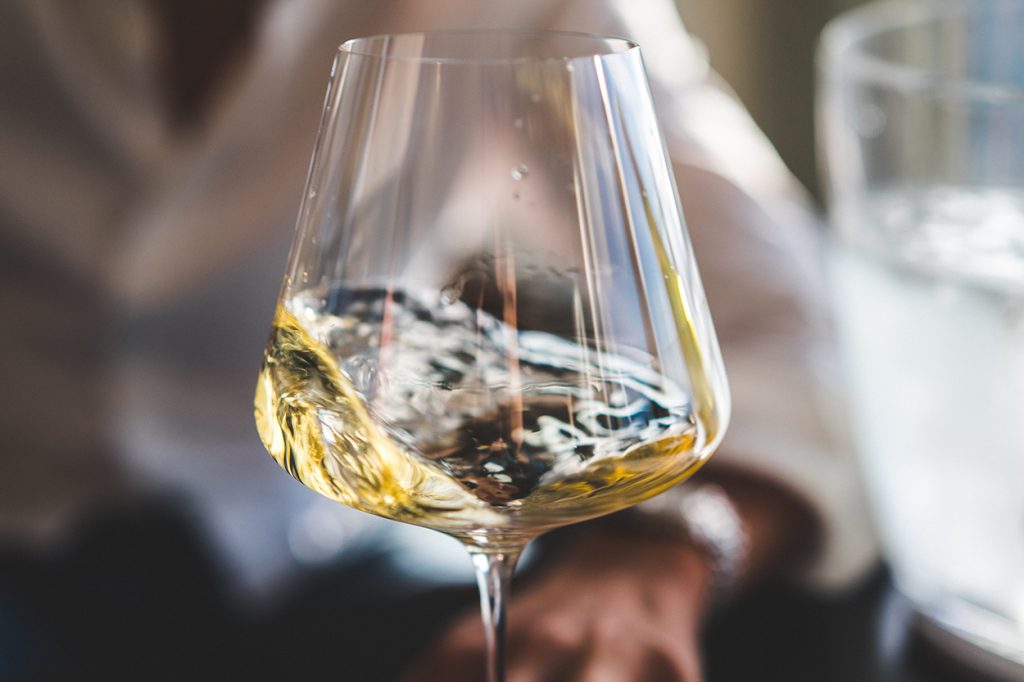 International Chardonnay Day is coming up and offers an ideal opportunity to learn more about the different wines made from the grape and to discover one or two new producers  and regions. For instance, have you ever tried an Argentine Chardonnay?

What should we expect from an Argentine Chardonnay?

Considered the queen of the white grapes, Chardonnay produces wines with character and personality. It’s one of those varietals that stick in your mind, the kind you soon come to recognize. In general terms, they’re yellowish in the glass turning more golden depending on how old they are and where they come from. Aromatically, they usually offer notes of fresh citrus fruit, green apple, pear and maybe white peach along with white flowers and honey.

It is common for high end Chardonnays to be barrel aged, which adds spice, butter and smoky aromas. On the palate they usually flow broadly and powerfully, delivering refreshing acidity and good, fruity flavours. And because this is a grape that is sensitive to terroir and winemaking methods, you’ll often find one or two more qualities in the mix.

The world’s leading Chardonnay regions are without a doubt Burgundy and the Napa Valley, whose wines have their similarities and differences. In general terms, the French produce wines with complex, mineral characters and electric freshness while the Californians have a more voluptuous character in which the oaky character is prominent, contrasted with a bracing maritime freshness.

“Chardonnay is the white grape best loved by Argentinians, which is why it was always the most valued and third most grown in terms of surface area. Our high altitude vineyards are now producing a very refined style to match the best the world has to offer,” says José Galante, from Bodega Salentein, a pioneer in top class Chardonnay production in Argentina.

As you might expect, Mendoza has the most amount of land under vine with Argentine Chardonnay. Although it has historically been grown in Luján de Cuyo and Maipú, which sit between 700 and 1000 metres above sea level and have a hot, dry, and sunny climate, since the early 2000s many producers have chosen to migrate their vineyards into higher areas.

This is because they’re looking for cooler climes: for every 100 metres higher you go, the temperature drops by about 1°C.  Although many historic Chardonnay vineyards remain and tend to produce a more Californian style, it’s the vineyards above 1000 masl that are really exciting winemakers today. In fact, their quest for greater quality, encouraged by early results, has led to a 40% increase in Chardonnay vines in these high altitude regions.

“We’ve made major changes to how we work with white wines in terms of vineyard management and identifying the right places to grow them more precisely. Today we’re seeing greater demand for whites so we continue to perfect them. Chardonnay is our best at the moment,” says Santiago Mayorga at Cadus Wines.

When we talk about mountain vineyards, we usually mean those in the Uco Valley and although Tupungato has the most, it’s Gualtallary that is regarded as the pinnacle for Argentine Chardonnay while San Pablo in Tunuyán is another very interesting area. In these regions, the combination of alluvial, stony soils with high calcium content and a cool climate, alongside different, more subtle factors related to their orientation and the layout of the vines, produces wines that are more Burgundy-like in style with good fruity, citrusy characters, mineral flavours and sharp, tense freshness.

But Mendoza isn’t the only region where Chardonnay is grown and produced. Interestingly, the Calchaquí Valley, where vineyards are planted at altitudes of between 1700 and 3000 metres, produce some of the most traditional and celebrated labels even though the sunny skies and arid climate to the north aren’t remotely similar to those found in Burgundy.

However, this new enthusiasm for Chardonnay is seeing vineyards planted all the way down in the Province of Chubut, one of the newest spots on the Argentine wine map. Here, the mostly southerly vineyards in the world are producing Chardonnays that withstand the cold of Patagonia to bring life to wines that are really surprising global experts in blind tastings.

As if that weren’t enough, the province offers two different versions: those made in vineyards that cling to the Andes, in Trevelin for instance, where the climate is cold and wet and landscape forested, while nearer the coast in Capitán Sarmiento the terroir is a dry, windy steppe. Both locations lean more toward the Old World in style with citrus notes, white fruit, fresh floral aromas, tart acidity and low alcohol content.

“Our first harvest was in 2017 and every year the terroir expresses itself better and better regardless of the prevailing conditions. It’s an extreme terroir with enormous potential, especially for our Chardonnay, which is absolutely unique in the world,” says Juan Pablo Murgia, from Otronia Wines.

We should also mention the hectares of Chardonnay grown near the Atlantic in Buenos Aires, where the winery Costa & Pampa is producing some excellent results.

So which Argentine Chardonnays should I try?

One advantage Argentina has in the field of Chardonnay is that it offers a range of options to suit different preferences. For example, those who enjoy Californian style wines with greater volume and power are well advised to look to Luján de Cuyo and Maipú where they’ll find labels such as Pascual Toso Alta Chardonnay from Barrancas, La Mascota Chardonnay from Cruz de Piedra, Pulenta Estate Chardonnay or Casarena Owens Vineyard Chardonnay from Agrelo

Meanwhile, the Uco Valley’s lighter, more refreshing and complex mineral style is a good option for lovers of white Burgundy and there’s an additional plus: you’ll find labels to suit every budget. Aficionados are likely to turn first to White Bone and White Stones from Adrianna Vineyard owned by Catena Zapata in Gualtallary, who are leading the way in terms of precision. Other stand outs include Salentein Single Vineyard Las Secuoyas, Zucardi Fósil from San Pablo and Terrazas de Los Andes Grand Chardonnay, which is made with grapes from a vineyard in Gualtallary that, at 1630 masl, is currently the highest in Mendoza.

Other essential wines to understanding the allure of mountain Chardonnays are Altaluvia from Doña Paula, Proyecto Hermanas from Bodega Lagarde, Hermandad Chardonnay from Familia Falasco, Atamisque Chardonnay from Tupungato or the electrifying Cadus Vista Flores Appellation Chardonnay, from Santiago Mayorga.

As regards the other regions we mentioned above, in Cafayate, Salta, Laborum de Parcela Chardonnay is a fascinating wine bound to interest connoisseurs while down in Río Negro, Patagonia, the Chardonnays being created by Bodega Chacra in partnership with Jean Marc Roulot are excellent options. Even further south, in Chubut, both Bodega Otronia and Casa Yagüe are producing some unforgettable exponents of the wine of the moment: Chardonnay.

If you’ve enjoyed this article, keep reading Chipá, hallowed bread of the riverscape

Chipá, hallowed bread of the riverscape

25 de mayo: a week of locro and delicious wine