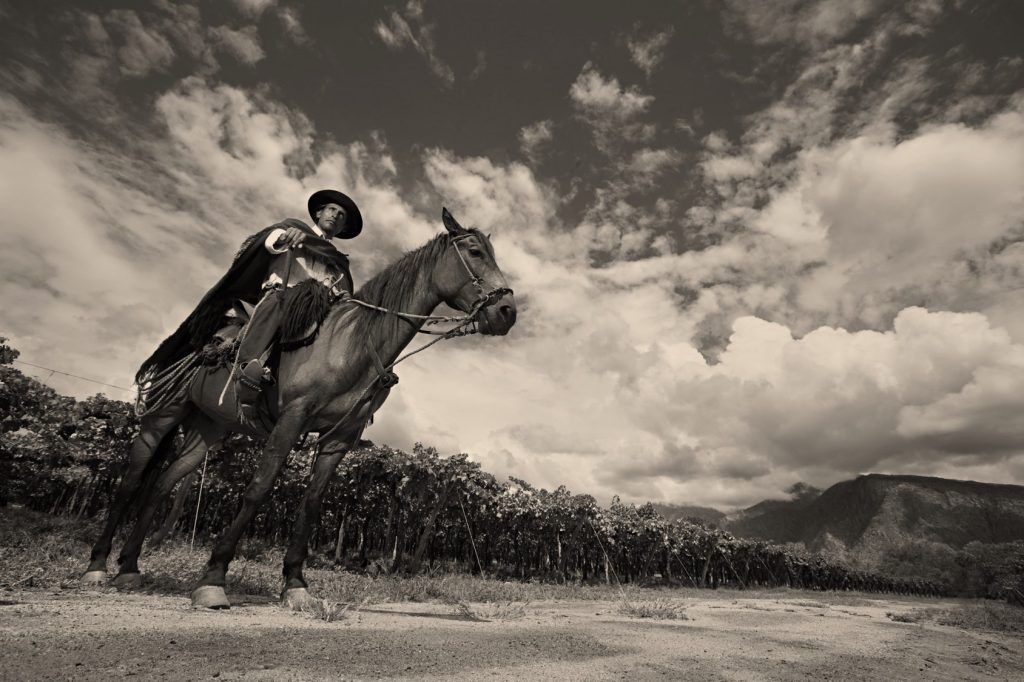 The history of Malbec is undoubtedly one of the most colourful and yet little known stories about wine. Over the years, this grape has gone through situations that could well inspire a series with several seasons. It begins in the high middle ages, in 1316 in Cahors, with dukes, the church and a lengthy series of events worthy of an adventure story, and as in any adventure, there are heroes, and this story has many.

Those “first” promoters
Malbec is a native of Cahors, a domain of Aquitaine, France, where in the twelfth century Eleanor of Aquitaine was a key player. The first heroine of Malbec, in 1152 she married Henry II of England and was crowned Queen of one of the most extensive territories in Europe. From her place of power, she took care of promoting the wines of southwestern France and turned Malbec into the favorite wine of the nobility on both banks of the English Channel.

Years later, another curious character appeared in this story, of which there are not many official records. Curiously his surname was Malbeck. This man, apparently from Hungary, would have been the nurseryman in charge of marketing the plants in Bordeaux, where it is known that Malbec took root for some centuries.

The Argentine chapter of this novel began as early as the nineteenth century. For many, it is the best known. We all know about the relationship between Domingo Faustino Sarmiento and Michel Pouget, who was responsible for the arrival of the varietal on Mendocino soils in 1853 and the promotion of the cultivation of French varieties, among which Malbec would soon appear before the vintners of the time.

Those heroes with vision
A century later, and with a wine industry that frequently broke records of productivity with high-yielding varieties, a handful of experts made sure that Malbec would be kept for great wines. Among them, Raúl de la Mota, a famous winemaker, considered by many as the father of Malbec, stood out for convincing several producers not to replace it with other grapes that would ensure greater volume.

The engineer Alberto Alcalde was the other hero. Important Argentine ampelographer, collaborated in the studies of the varietal to improve results. Also Ricardo Santos, the then owner of Norton, who did the first export of Malbec in 1974 and thus opened the international chapter.

Those who kept the flame burning
The 1980s was a complicated time for Argentine wine. However, there was no shortage of willingness to protect Malbec vineyards. In those years, the Luján de Cuyo DOC (denomination of origin) was delineated, with the aim of safeguarding the identity of the most traditional wines of Mendoza, among which Malbec stood out. Behind this feat, were Alberto Arizu, Adriano Senetiner and Carlos Catania. Meanwhile, Arnaldo Etchart continued with the cultivation of Malbec in his vineyards in the Calchaquíes valleys, and Guillermo Barzi Canale replicated the effort in the Patagonian vineyards of Río Negro.

Those who made it international
Obsessed with the elaboration of world-class wines, many Argentine winemakers gambled for years on Cabernet Sauvignon and Merlot. Some even summoned renowned winemakers. So the likes of Michel Rolland, Paul Hobbs, Alberto Antonini, Hans Vinding-Diers and Roberto Cipresso arrived and found a red that captivated and disconcerted them. For them not much was known about Malbec. But they all bet on the same thing, and they have since become widely recognised ambassadors of Argentine Malbec.

Those in love with Malbec
Another phenomenon behind this varietal is that it served as a magnet for important investments in Argentine viticulture. Renowned international businessmen arrived with the mission of contributing to the construction of the image of Malbec. Thus, not only capital, but also the enthusiasm that would soon take the form of important wineries by Donald Hess, with Bodega Colomé, Hervé Joyaux Fabre, with Fabre Montmayou, Gernot Langes, who acquired Bodega Norton, Mijndert Pon, founder of Bodega Salentein, François Lurton, of Piedra Negra, and a pool of Bordeaux investors that, together with Michel Rolland, gave rise to Clos de los Siete. All of them encouraging others to discover and fall in love with Argentina and its wines.

Those who took it to the world
It is well known that the role of Dr. Nicolás Catena was instrumental in the history of Malbec. His vision allowed Argentine wines to attract the attention of the world, and he managed to open the doors of important markets. To those first steps of Catena, others would be added as essential in the promotion of Argentine Malbec, like the tireless José Alberto Zuccardi, who toured the globe and knocked on as many doors as was necessary to promote their wines. The oenologist Susana Balbo was another key person to give Malbec, the limelight and Michael Halstrick, with his wines from Bodega Norton.

The golden generation
The heroes in charge of giving identity to Argentine Malbec during the 1990s and early 2000s were a group of long-standing Argentine winemakers together with new talents who were beginning to command several of the new wineries. This is how a team was created that gave life to the first great exponents of Malbec that the world celebrated. Among them, we must celebrate the role of Jorge Riccitelli, Walter Bressia, José Galante, Mariano Di Paola, Marcos Etchart, Marcelo Pelleriti, Daniel Pi, Roberto de la Mota and, logically, many others who have passed the baton onto the new generations creating the wines of the future from the exploration of different terroirs. Among them, Alejandro Vigil, Sebastian Zuccardi, David Bonomi, Matias Michelini, Alejandro Sejanovich, Matthias Riccitelli and an infinite list that promises to continue adding pages to a remarkable history.