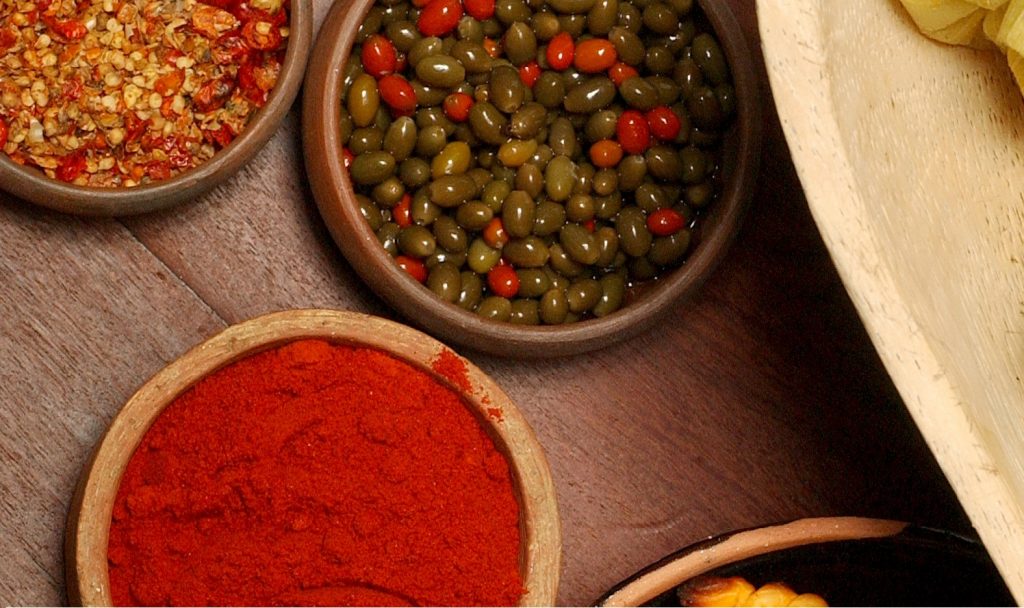 A well made ceviche with ‘leche de tigre’ and a touch of spice is a dish that screams for a fresh, aromatic wine. Across the world, the natural partner for such a dish would normally be Sauvignon Blanc. In Argentina, however, it is not.

In our country, the chosen white for a Latin fusion is undoubtedly Torrontés. A variety which boasts a fabulous bright colour but also offers other more sophisticated features that present a deliciously Latin side. This year a group of Mexican and Peruvian cooks, who were invited by Wines of Argentina travelled to Buenos Aires and Ushuaia. Diego Niño (Nexo Wine Bistrot) and Horacio Armendáriz (Bistrot 83), both from Mexico, and Jose del Castillo (Taberna Isolina), from Peru. They paired their emblematic dishes with some new Argentine whites, with Torrontés being the most surprising.
The reason?

It is the variety that best combines this fusion with its new style, for three reasons: its floral aromas, its brand-new freshness in the mouth and its unique flavour.

Styles of yesterday and today

Not so many years ago, Torrontés was a varietal that had a specific style. As it was harvested very maturely, it offered a terpenic component – terpenes are the aromas it develops – that gives a character typically of orange blossom, but at the same time a bitter taste in the mouth. In that, the paradox of the variety was always evident: to achieve floral aromas carried the problem of a bitter palate.
The solution was to leave some residual sugar in the wine, and although it sold well, the reality is that it worked more as an aperitif than as a wine to accompany food.

Everything changed when the old traditional Torrontés was given a makeover during the last decade. The challenge for oenologists was to produce it in such a way that it lost its bitterness and retained its floral profile. So, after many trials, the equation found a new equilibrium: if it was harvested sooner and at the same time with a strong oxidation at the beginning, a clean, fragrant and floral white was obtained, with a fresh mouth and free from all bitterness.

Thus began a new era for Torrontés. It went from being a white for highly trained drinkers to a more cosmopolitan one in which the floral component of its aromas was clearly present. And so a Latin wine was born.

In particular Jose del Castillo was enthusiastic about the potential of a regional wine for Peruvian gastronomy. In his restaurant, Taberna Isolina, ceviche is a serious thing. And during his trip to Argentina he found a white wine that fits well with the dominant flavours of the yellow chilli, the moderate spices the acid of the red onion and lime in some dishes. In that, the new profile of Torrontés, which adds citrus aromas to floral ones, is a success.

For their part, the Mexicans were not far behind. They discovered, when trying some examples from Salta and Mendoza, that in the moderate but sustained freshness of the new Torrontés there is a key flavour for Mexican cuisine: a mixed combo between indigenous tradition and modern techniques. In particular, Niño, who prepares an international-style cuisine. Armendariz, for his part, he stressed that the wine would go very well in accompanying the spicy side of his dishes. Something that in Mexico is very important.

So today, it is not uncommon to find Torrontés in restaurants such as La Mar, Páru or Osaka, three icons of Peruvian gastronomy in Buenos Aires. The same must surely happen in their respective kitchens at home. The interesting thing is there are new styles emerging.

Somewhere between a white like Pinot Gris in the mouth and a fragrant, Malvasia type wine, in aromas, the new Torrontés offers a profile for the fusion of Latin flavours. As its fame grows, some new styles, increasingly focused on gastronomy, are beginning to arrive on the market.

A bright future for small producers