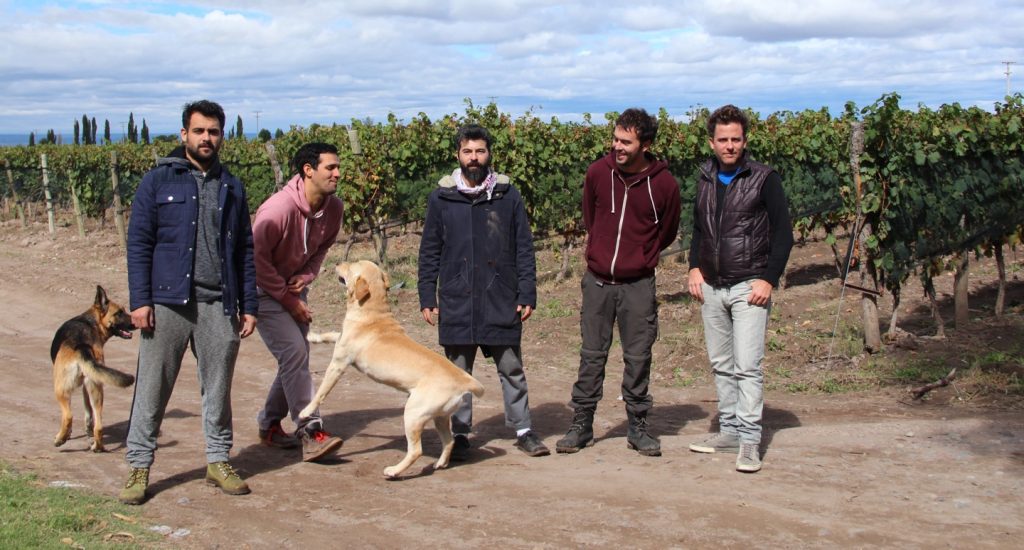 The dynamics of Argentine winemaking need to be very attentive to its changes and developments. Those who retain a traditional image of this industry, with century-old wineries and large establishments that dominate the market with big brands should visit the latest publications on Argentine wines. Or allow yourself to visit its wine regions to discover that there are many curiosities to uncork.

Those who closely follow the evolution of our wines have long noticed that this transformation of the late twentieth century now seems a distant chapter. The reason is the emergence of new wineries, ventures and emerging winemakers wanting to leave their legacy. These days, it is these producers who, with their small productions, offer touches of flavour to the most enthusiastic and avid consumers.
And just as five years ago an oenological generation took the post of those who had driven the transformation from the great wineries, today a new group of winemakers is ready to take on the next challenge.

Led mostly by oenologists under 35 and trained under the wings of renowned professionals, these projects are preparing to make immense contributions on a small scale to become a breeding ground for future generations.

Historically, Argentine viticulture was related to classic and traditional styles of elaboration, where the influence from Bordeaux prevailed. Only in a few cases could a certain Bourguignon profile be seen, Spanish or Italian, and always linked to the most conservative of schools. Later came the influence of the New World style, which together with Malbec became the key to the success of our wines on the world stage. But this is only one side of the story, and as in all the vineyards on the planet, oenologists satisfy their curiosities by developing rarities that seldom see the light of day.

However, today, in the hands of the curious, those garage wines and limited editions are already being enjoyed in trendsetting London wine bars or renowned restaurants in New York. The risks that few were keen on taking before are now essential for this new oenological horizon. These are people willing to conquer consumers of their generation with labels that shake things up with unconventional strains or different methods of elaboration.

WE ARE WHAT WE DRINK

“We make the wines that we like,” said Juanfa Suárez, a member of Traslapiedra, during the seminar of small producers that took place at the Premium Tasting in Mendoza, held in August. This slogan best sums up the position of the projects that called for the voice during this meeting. It was clear that all of them are intended to be “an alternative to the more traditional wines,” as Germán Masera of Escala Humana would say.

To be this innovative in the industry, these small producers try different formulas. For example, the less traditional strains, such as Ver Sacrum, whose wines are produced with Garnacha, Monastrell, Marsanne and even Nebiolo. Or Cara Sur, which heads the local recovery movement of Creole varieties. Germán Masera bottles his Malvasia orange for his Label Livvera. Gonzalo Tamagnini and Martín Sesto, of Desquiciado Wines put the focus on Pinot Grigio and Grenache. With the same emphasis, Lucas Niven does it with carbonic maceration for strains like Garnacha.

But this new trend is not limited only to men. There are women who stand out and are not necessarily winemakers. The sommelier Mariana Onofri and her Zenith Nadir wines, between them they dress up a Pedro Ximénez and a curious Cabernet Franc. The same happens with their colleagues Valeria Mortara and Mariana Achával, who created Bienconvino, the first Argentine project thought up from the pairing with a collection of different wines for each gastronomic style.

The phenomenon of small producers is always more visible with new faces and projects with curious names. But the truth is that there are also recognised winemakers involved in this move, who don’t want to miss their opportunity.

The emblematic case is Edgardo del Pópolo, of Susana Balbo Wines, and David Bonomi, chief winemaker of Bodega Norton, with his Per Se wines, who strive to find the most accurate expression of terroir. Or Altar Uco, a micro-bodega powered by Juampi Michelini, who already bottles an exquisite white. Another renowned winemaker who in his spare time unleashes his winemaking imagination is Sergio Case, from Trapiche, with his blend El Pajarito Amichu. Or Leonardo Erazo, from Altos Las Hormigas, with his Revolver wines from Gualtallary. Meanwhile, Luis Reginato, an agronomist from Catena Zapata, and his brother Pepe bottle Chamán wines with different grapes from the Uco Valley, and the mythical Pepe Galante does the same with his family project Puramun Wines.

It is clear that with this young blood in the industry or with more traditional winemakers, the history of the Argentine wine industry is constantly adding new chapters that are worth discovering and uncorking.