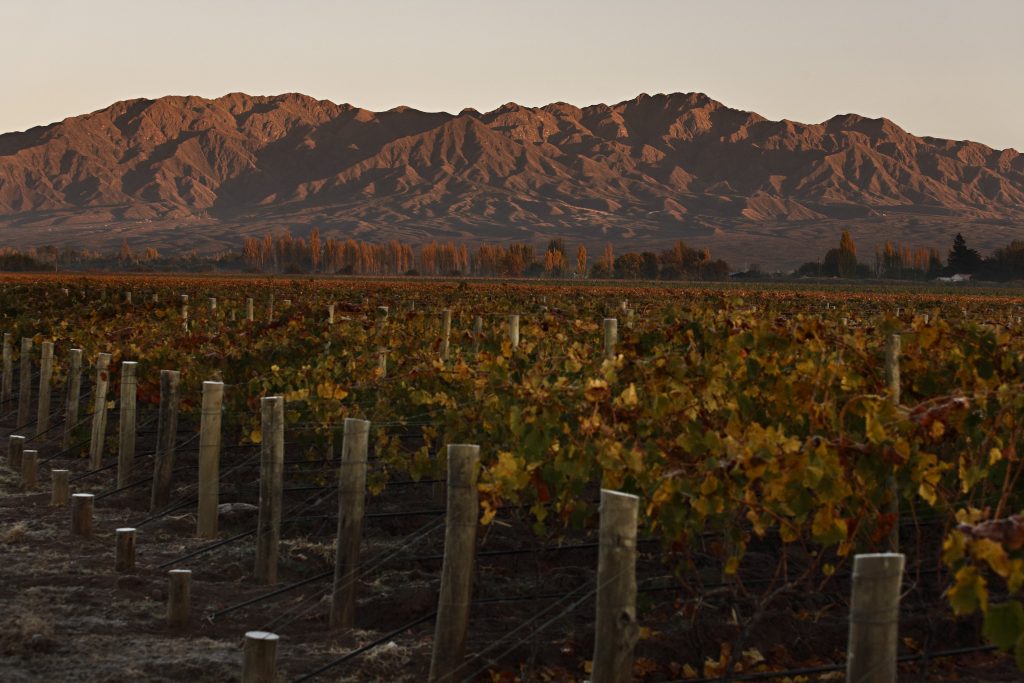 Malbec is synonymous with Argentina. That’s a given. But, strictly speaking, Malbec is synonymous with Mendoza, the main wine province in our country: 9 out of 10 bottles produced in Argentina are made there and it also has the largest area of cultivated hectares: 33,300 of the 38,800 in 2014.
However, the pattern of Malbec from Mendoza is not monolithic. There are various terroirs that make up the diversity of the province, and similarly, the rest of Malbec’s from Argentina. With a very interesting plus: the differences are more marked.

Just compare the rustic and spicy intensity of Salta Malbec with the freshness and elegant tannins of one from Patagonia. Because if Malbec in Argentina is a virtue, it is to represent the profile of each terroir: as the variety is planted from north to south and from east to west, it serves as an index of “terroirity” if we are allowed the neologism.

Below we review the main Malbec’s outside Mendoza to learn more about their style and potential.

Northwest, extreme terroir. Cultivated between 1,700 and 3,100 meters above sea level, the Malbec of the Calchaquí Valley, in northwestern Argentina, is unique. Being the third largest producer outside Mendoza, with 1,400 hectares, as well as height and sandy soils, the wide temperature ranges, low humidity and significant sun exposure are key to this region. Their vibrant, aged wines are easily recognisable. In the words of Ignacio López, winemaker of Bodegas Etchart, “the profile of Calchaquí Malbec is a deep violet colour, with a fruity, complex and spicy aroma. On the palate it is powerful and generous, with ripe tannins.”One of the typical descriptors is roasted red pepper. Examples include, Cafayate Gran Linage Malbec 2011, Colomé Estate 2012 and Don David Reserva 2012.

La Rioja, midpoint. With vineyards between 1,000 and 1,300 m.a.s.l, a warm climate and clear skies, the fourth largest producer of Malbec in the country, with 660 hectares offers a personal style. The epicentre is Chilecito, although there are other terroirs, such as Angulos or the area known as La Rioja coast. Their wines share characteristics with the north like the intense colour and a spicy aroma, however, on the palate they are round and juicy, with firm tannins, the Cuyano style. Raza Argentina 2011 and Collovati 2010 are clear examples.

San Juan explores altitude. The province is the second largest producer of Malbec, with 2,050 planted hectares, mostly in the lower valleys of Tulum, Ullum and Zonda. With a hot climate, the Malbec is sweet and fruity. The Pedernal Valley, a relatively new area in the Cordillera planted during the last ten years is still small in area, but its height, between 1,000 and 1,400 meters above sea level, offers a balsamic and fruity wine with a fresh, juicy palate. Jose Morales, winemaker at Bodega Callia, enthuses: “This fresh and dry climate allows us to produce a deeper Malbec that we didn’t have before in the province”. The high acidity of the reds is due to sandy soils with limestone and flint. Good examples are Pyros Barrel Selected 2013 and Paz 2009.

One Patagonia, two horizons. In the south, around the 38&39 parallels, the provinces of Rio Negro and Neuquén produce very different types of Malbec. The difference is in the history and the terroir. The Alto Valle of the Rio Negro has a century of tradition, where the grapes ripen slowly. Here, gentle, floral and mineral reds with rich freshness are achieved like Humberto Canale Old Vineyard 2011 and Noemia 2011.
San Patricio del Chañar in Neuquén, on the other hand, has just ten vintages to its name. Marcelo Miras, winemaker at Bodega del Fin del Mundo, explains that “in this semi-desert environment of wide temperature ranges and the presence of strong winds, Malbec gives other characteristics.” Its profile is concentrated, with deep fruity aromas, and is powerful on the palate. Good examples are Saurus Patagonia Select 2013 or FIN Single Vineyard 2009.

The rest is just beginning. Beyond the regions mentioned, there are some 400 hectares planted in other nooks and crannies of the country. Some are extreme, for their proximity to the ocean, like Sierra de la Ventana, in the province of Buenos Aires, and others are mediterranean and hilly, like those found in Córdoba. La Pampa deserves a special mention, where the investments of big players are growing, and whose wines, except for Bodega Del Desierto, have not yet reached the market. These regions do not yet have a defined Malbec profile. But without doubt they will play their part in the medium term.

So while Mendoza provides a solid stance on Malbec, the rest of Argentina together, is able to offer many different styles. And so, if wine is something to discover and marvel at the subtleties of, we should try not only the Malbec’s from Mendoza but also those from other areas. You might even fall in love with them.