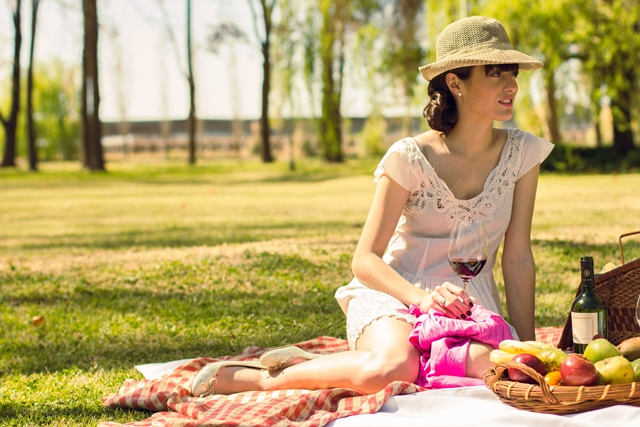 Everyone knows that Argentina produces Malbec and Torrontés. However, little is known about the diversity of the first and the Jesuit story behind the second. Not to mention the genetic mysteries of Bonarda, the winemakers specialised in terroirs, the internationally renowned sommeliers and a handful of other details that we’re going to share with you.

Malbec, the flagship variety. Imported from France, first to Chile and then to Argentina in 1852, Malbec found its place in the world in the irrigated deserts of western Argentina. The reason is simple: the climate and soils allowed a complete adaptation that, over the years, led to the most widely grown grape in the country, with 36,000 hectares planted to date.
It was “rediscovered” in the late 1990s primarily for its fruity character and its easy to drink palate. Today, it is the most exported, most consumed varietal wine, and the one we Argentines are most proud of.
It even has its own World Day on 17 April, the date that marks the founding of the first ‘quinta agronómica’, in whose vineyards the variety began its course in the nineteenth century. It is also the key to understanding the diverse terroirs of the country: those of Salta, spicy and concentrated; Lujan de Cuyo, fruity and medium-bodied; the Uco Valley, floral and fruity, with structure; Patagonian, fruity, herbal, medium bodied wines with good freshness.

Torrontés, the unique white. -With an imported name, which is also the name of a group of Spanish grapes- Torrontés Riojano is the only grape variety “born and raised” (as we say in Argentina) in our vineyards.
According to the information available and in the thesis of historian Paul Lacoste – who in turn is supported by other authors and genetic studies- Torrontés is a naturally occurring cross between Criolla negra and Muscat of Alexandria.
This cross, it seems, took place in the lands the Jesuits cultivated in Mendoza in the eighteenth century. And, due to its aromatic and noble character for winemaking, it was spread throughout the country. In Salta it produces very floral, perfumed, iconic wines with a somewhat austere palate; while in the heights of Cuyo, it gives a citric white, with volume and freshness, which is only now beginning to make a name for itself on the market.

Local Enology. When the Argentine wine industry decided to aim at the export market, foreign advisors were needed. However, this was not done on a whim. In Argentina there were significant numbers of people devoted to winemaking and agronomy. So much so, that in the twenty vintages from 1989 – when the first serious advice started – to 2009, some of the most creative were strengthened. Winemakers that today are nearing 40, like Alejandro Vigil, Marcelo Pelleriti, Hector Durigutti, Mauricio Lorca and Alejandro Pepa, to name but a few. While the old guard, like Susana Balbo, Jorge Riccitelli, Marcelo Miras, Roberto de la Mota, Angel Mendoza, Roberto Gonzalez, Mariano di Paola and Daniel Pi, were the natural communicating vessels in the transmission of knowledge.
Now, we should pay attention to what comes next. Keep an eye on the winemakers who are now in their thirties, like Sebastián Zuccardi, Matías Riccitelli, Alfredo Merlo, Juan Pablo Michelini, Marcos Fernández and Alejandro Cánovas. They travel the world doing vintages. In them, the seed of things to come has been sown.

Sommeliers for export. One of the most curious phenomena surrounding Argentine wine was the proliferation of graduate sommeliers. Since the opening of the Argentine School of Sommeliers, in 1999, these professionals have gained key positions in the world. At the forefront of service in some outstanding restaurants, like Paz Levinson or Agustina de Alba. Or other professionals who trained in CAVE, the Argentina School of Wines and Gato Dumas, and are now in restaurants throughout Latin America. In 2016, the World Association of International Sommeliers (ASI) will take place in Mendoza, sponsored by Wines of Argentina and the Wine Corporation. Something which was unthinkable just five years ago.

Bonarda for beginners. Behind Malbec in planted hectares, Bonarda comes in with 18,000. Its story is perfect to describe Argentine wine. When serious research began in the 1970s into the varietals grown in the country, Bonarda was an enigma: it had the name of a group of Italian varieties, but it didn’t fit in with them, or with other known varieties. This confusion lasted until 2009, when genetic studies determined that it was Corbeau, Charbono or Douce Noir, the three names for a typical grape of southeastern France. The International Organisation of Vine and Wine (OIV, for short) now accepts Bonarda as a synonym. Beyond the confusion, its wide distribution is due to the fruity and friendly character of the wines that it produces in warm areas of Argentina, where it is mostly planted. However, in recent years, examples have begun to appear in colder areas, with a fruity, tight and fresh character.

Why Cabernet Franc? This typical grape of the Loire arrived in Argentina a little more than a century ago and was lost in the tide of the so-called “French grapes”, along with Petit Verdot and Cabernet Sauvignon. It took off, however, when clonal genetic material was incorporated in the 1990s and how to cultivate it in temperate and cool areas was explored.
Twenty years later, and Franc has demonstrated that in Argentina it has taken deep roots: it reached the top of Decanter magazine rankings in October 2014, while critics worldwide such as Luis Gutierrez (Wine Advocate) and James Suckling (jamessuckling.com) were enthusiastic about its wines.
Firstly, because it opened the stylistic palette to unencumbered, vertical and linear reds, with intense fruit. Second, because this same palette allowed us to rethink other styles of wine from its success. And now, the lesson learned with Cabernet Franc is paying off in other wines.

The long road of Torrontés