Posted inMeet the Wineries
Posted by By Wines of Argentina 5 October, 2021 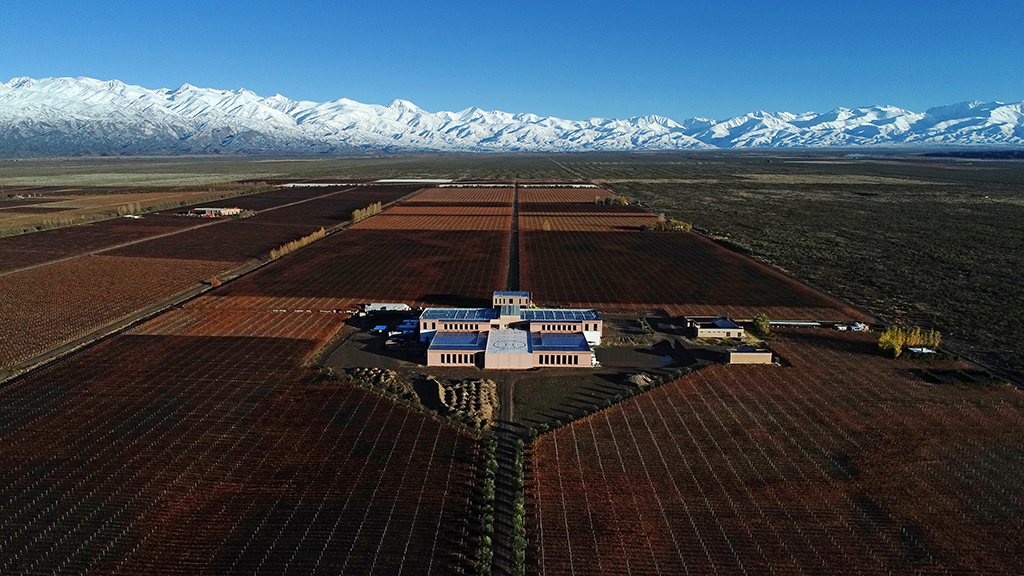 Few wineries in Argentina have the same effect on local consumers as Rutini Wines: the name conjures images of cherished meals and events making the eyes of even occasional drinkers light up and mouths begin to water. And with good reason.

Established by Felipe Rutini in 1885, the winery set the benchmark for quality wine from day one. Over the following decades, what was then known as the La Rural winery – named for its distance from the city of Mendoza – established a solid relationship with consumers, a bond that grew deeper toward the end of the 20th century when some of the wines that are now flagships for the house: Rutini Antología and Single Vineyard, were launched.

Felipe Rutini was a visionary. He landed in Argentina in 1884 having come from Italy where he trained at the Ascoli Piceno agricultural school. Once in Mendoza, he bought his first vineyard in Coquimbito, Maipú, where he began to make wines that would become legendary. He is considered one of the founding fathers of the wine industry in Argentina.

By 1925, the company was going full steam ahead and beginning to produce quality wines with advanced technology for the time, machines that are now on display in the Bodega La Rural museum. That year he bought what would be the first of a series of vineyards in the Uco Valley. At the time Tupungato was so remote it seemed almost inaccessible but the quality of its grapes was an open secret.

When in the 1990s drip irrigation paved the way for high altitude terroirs, Tupungato was now fully connected to the rest of the country. With new owners but still working in line with the visionary ideas of Felipe Rutini, a new definitive headquarters for Rutini Wines was built in Gualtallary, Tupungato.

Heading up the oenological team at Rutini Wines is Mariano Di Paola, described by the British critic Tim Atkin as a winemaking legend. Di Paola is an oenologist who prefers to experiment rather than copy recipes. That is why the Uco Valley winery soon became a school where new ideas and technologies could be tested.

“At Rutini Wines,” says Di Paola, “we are equally at home making two barrels of an exclusive wine or producing thousands of bottles of our bestsellers.”

In the fermentation room they use technology such as optic selectors and the first roll fermentors seen Argentina, in addition to trying out different barrels, tanks and precision equipment in general. Nonetheless, the house secret is the same as ever: to use the best possible grapes on the market. They have their own vineyards in the Uco Valley in the geographic indications of Gualtallary, La Consulta and El Cepillo, and several others that they run under long term contracts across the region.

This flexibility certainly makes them a versatile winery. They make several commercial lines including Rutini Colección, in which they explore all the major varieties in Argentina, as well as limited editions and one-off wines such as those found in the lines Rutini Apartado, Rutini Single Vineyard and Rutini Antología (the latter is made up of unique editions).

Rutini Wines to look out for

Rutini Colección is a line of varietals that explores the different qualities of the Uco Valley region. Generally, it is made with grapes from Gualtallary, La Consulta and Paraje Altamira, although occasionally fruit from other geographic indications in the Uco Valley is used.

“In this line we want to highlight the profile of every varietal in the region, interpreting them as wines of elegance,” says Di Paola. Cosmopolitan in style with elegant structures, the Malbec and Cabernet Sauvignon stand out as does a blend of the two grapes.

The line is completed by two Malbecs (Paraje Altamira & Gualtallary), and two Cabernet Sauvignons (from the same vineyards), in addition to a Merlot from Paraje Altamira.

Meanwhile, Rutini Apartado features aged wines that deserve special attention, combining different grapes from across the region in a Malbec, a Chardonnay and a Blend.

Rutini Antología, in contrast, is a line of unique editions. They are numbered with Roman numerals, for example, there’s Rutini Antología L (50), and only bottled when their quality justifies their inclusion in the anthology.

Of course, today Rutini Wines is focusing on the export market, where it is consolidating its reputation. To judge by the number of wines they sell across the world, it won’t be long before the name is as well known among overseas consumers as it is in Argentina.

To read more about Argentine wines, follow this link: The Tucuman Wine Trail: A journey full of flavor, color and history