Posted inMeet the Wineries
Posted by By Wines of Argentina 9 November, 2021 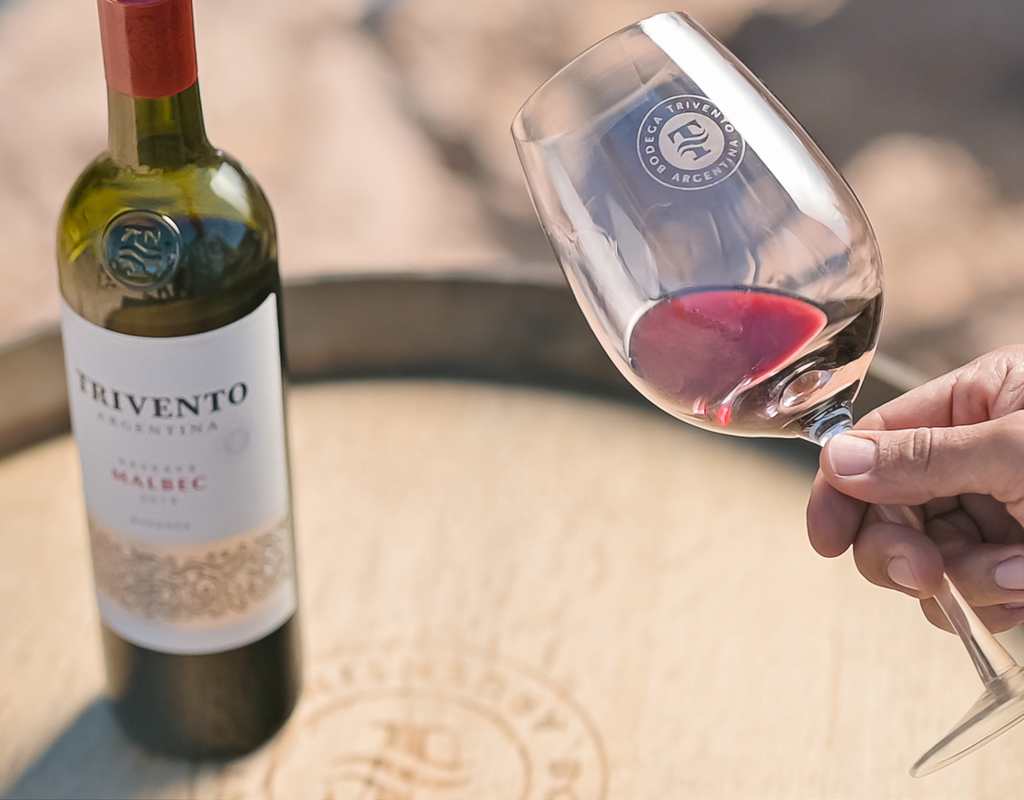 By the end of the 1990s the horizons of the Argentine wine industry were looking extremely promising. A gale of change was sweeping across the viticultural industry and Malbec’s reputation as a fine wine was gaining ground. With such favorable winds behind it, it was time for Bodega Trivento to unfurl its sails.

The winery’s name is a clear homage to the three winds that define the landscape of Mendoza and in a quarter of a century it has expanded to encompass three winemaking facilities and 1600 hectares of vineyard while also becoming Argentina’s bestselling wine brand.

25 years ago, Bodega Trivento was founded during a crucial period for the Argentine wine scene: the industry was finally opening up to the international market, coinciding perfectly with the winery’s outlook.

Bodega Trivento, a leader on the Argentine wine scene

Established in Maipú by the Viña Concha y Toro Family of Wineries, across 25 harvests Trivento has positioned itself as one of the country’s leading wine exporters with a global presence anchored in the British market.

To get an idea of the firm’s dynamism, between 2020 and 2021 alone, it achieved Empresa B certification for sustainability, purchased a new winery, vineyard and designer chalet in Luján de Cuyo, and was also certified by the Vegan Society.

The company also consolidated its leadership of the Argentine market, coming in top of global sales rankings (according to IWSR Drinks Market Analysis, Trivento has positioned itself as the No. 1 Argentine wine brand in terms of value with retail and e-commerce sales of US$ 256,198,000 in 2020).

In 2021, it is estimated that its iconic brand, Trivento Reserve, will sell 1.5 million 9-liter cases.

Marcos Jofré, the CEO of Bodega Trivento, believes that “Our first 25 years are encouraging us to dream big, our major ambition is to be Argentina’s most admired wine brand with a solid position in the most competitive markets, delivering real value to our customers and consumers.”

Germán Di Césare heads up the oenology team that produces the house’s core brands: the Trivento Reserve and Trivento Golden Reserve lines, as well as the more exclusive editions such as Gaudeo and Eolo, their flagship wine. Together with his agronomist peers, they run the winery’s own vineyards and also rent others on long term leases from third parties, such as the Eolo vineyard from which they get the grapes for their star wine.

Di Césare says: “Our focus is still Malbec from Luján de Cuyo, with which we have been working with great precision to produce every different style possible. But we’re also turning our attention to the Uco Valley where we’re exploring different locations from Gualtallary to Paraje Altamira, considering a range of styles and varieties.”

With a modern infrastructure focused on the winery’s premium wines, Di Césare and his team use top quality foudres and barrels in addition to a battery of tanks, concrete eggs and an ample portfolio of winemaking technologies.

Sustainability and the winds of change

Trivento is also a leader in the field of sustainability: in 2013 it began a transversal project across the company’s operations that placed sustainability at the center of its business model. It adheres to the United Nations Global Pact and every year provides a report on its Sustainable Development Objectives for the 2030 Agenda.

The company is also committed to protecting the environment, generating clean energy (505 MWH/year) to power some of its operations with a photovoltaic plant and employing a sophisticated program to optimize the use of water, an extremely precious commodity in Mendoza.

Aware of the positive impact a winery can have upon its community, it also began a satellite schoolhouse in 2008 where so far 96 collaborators have completed their primary and secondary school studies.

Another educational initiative is the gathering of funds for educational grants through the sale of the innovative blanc de noir, Trivento White Malbec. The grants are administered via FonBec, a fund for promising students from deprived backgrounds.

At the beginning of its next 25 years, Trivento is in a solid position, renowned as one of Argentina’s leading wineries. Where will the winds of the future take them? To judge by the journey so far: a long way indeed.

If you’d like to read more about the Luján de Cuyo D.O.C., click here: Luján de Cuyo, the first D.O.C. for Argentine Malbec, is relaunched

Glamping in Argentina: luxury vacations in the wilderness

Much more than just a pretty glass