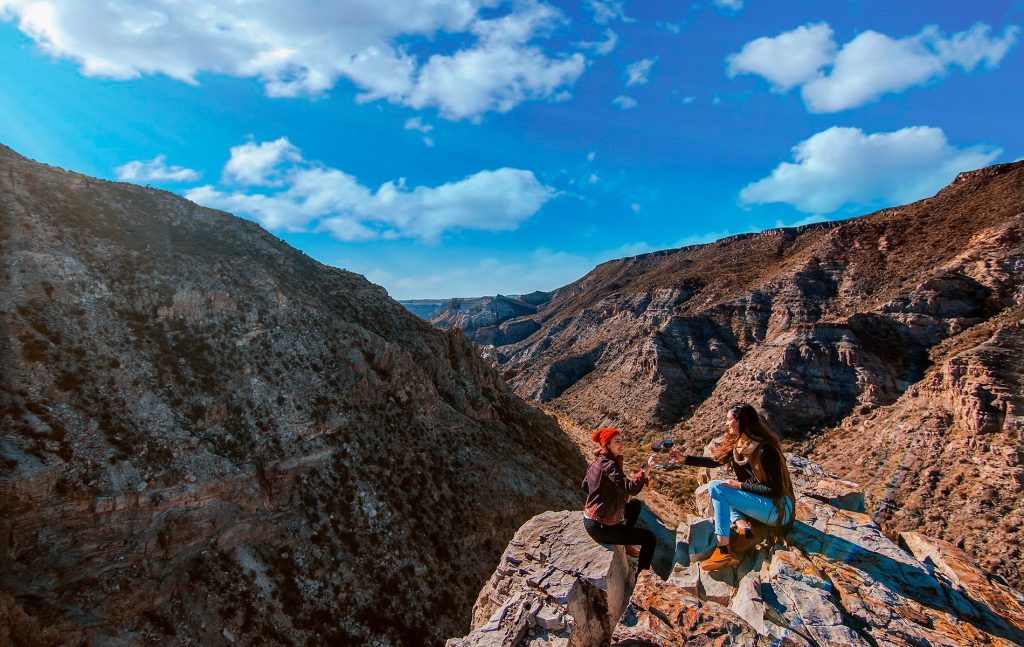 Sometimes space needs to be made on the podium. For instance, in the field of tourism, San Rafael, the second biggest city in Mendoza, has just as much to offer as the eponymous capital. Located about 180 miles to the south, in the oasis formed by the Diamante and Atuel rivers, San Rafael is a multi-faceted jewel offering abundant vineyards and a wealth of adventure tourism.

A walk around the streets of San Rafael is a very worthwhile experience and because it’s a smallish city, you can see all the sights in a day: among other highlights, there’s the San Rafael Arcángel Cathedral, which was built in neoromantic style in 1952, Hipólito Yrigoyen Park, which fills with music and dancing in the summer, and the Museum of Natural History, which has a fascinating collection of pre-Colombian artefacts.

7 miles from the center of town, why not let your imagination run wild by losing yourself in the Borges Labyrinth. Designed in 2003 by Finca Los Álamos in homage to the writer who paid the winery a visit in the 1950s, it takes up an entire hectare with over 9000 bushes that reproduce symbols from the Borgesian universe (a mirror, a sand timer, the face of a tiger, a cane and a Moebius strip) within the outline of an open book. There’s also a documentary about the landscaping project.

But if you’re in an adventurous mood, you’ll want to head further afield where you’ll find a wide array of activities on offer.

Water in the desert

The Atuel river flows down from the Andes and builds up a great deal of force by the time it hits the desert. As a result, dams have been built in several places to generate electricity. The Nihuil is the largest of a chain of three lakes and a setting for all manner of water activities aided by the strong local winds: wind and kite-surfers make for a colorful spectacle in the afternoons.

Presenting a stark contrast, six miles from the dam you’ll find dunes that reach up to 650 feet in height. In summer, temperatures can reach as high as 50°C. The setting for the Dakar Rally on several occasions, the dunes change shape and position regularly, moved around by the wind, which, along with the extreme climate, means one should only visit with specialized guides. In the mild winter sun, however, it can be a magical place.

Descending from the El Nihuil Villa to the Grande Valley, you get to the second dam where the geological marvel that is the Atuel Canyon snakes along, its orange wall offering a rafting paradise. Millions of years ago, erosion by the wind and water shaped the rock into a series of weird and wonderful formations. It can be toured by water on a catamaran or by car and either way makes for a great experience.

But it’s the river itself where the real adventure happens: specialized companies offer trips by kayak, raft and doky (individual inflatable canoes) or even the cool river technique in which one uses flippers and a small flotation device.

The adrenaline continues pumping when you get to the Adventure Park recommended by Destino Argentina. Located between the city of San Rafael and the Atuel Canyon, it offers mountain climbing activities in the natural canyons as well as Tibetan bridges, rappel lines, zip and canopy lines, treks and mountain biking. Some of the circuits go through Las Tinajas Archaeology Park where the famous cave paintings are to be found.

If you’re looking to do some wine tourism in San Rafael you’ll find over 25 wineries open to the public. There’s something here for every wine lover: modern, historic, boutique and large scale operations, many of which have restaurants, lodging and guided tours. All are proudly part of the San Rafael Denominación de Origen, the only one of its kind in the country.

Although the area is famous for its Cabernet Sauvignon-based wines, local Malbecs, Syrahs and Bonardas are excellent examples of sun-kissed reds while another specialty is sparkling wines made from Chardonnay and Pinot Noir.

A local delicacy and major part of the city’s cultural and gastronomic heritage is carne a la masa: diced beef marinated in white wine and spices wrapped in dough before being cooked in a clay oven. The meat comes out so tender that it melts in your mouth. It’s a dish made to be shared.

San Rafael is, then, a very attractive tourist destination with an alchemical mixture of natural mountain landscapes, gastronomy and adventure along with plenty of opportunities to relax. It’s highly recommended for anyone looking to have fun and relieve stress.

Interested in the wineries of San Rafael? Then keep reading here.

From the Rhône to the Andes

Vinodinámicos launches to consolidate the organic movement in Argentina