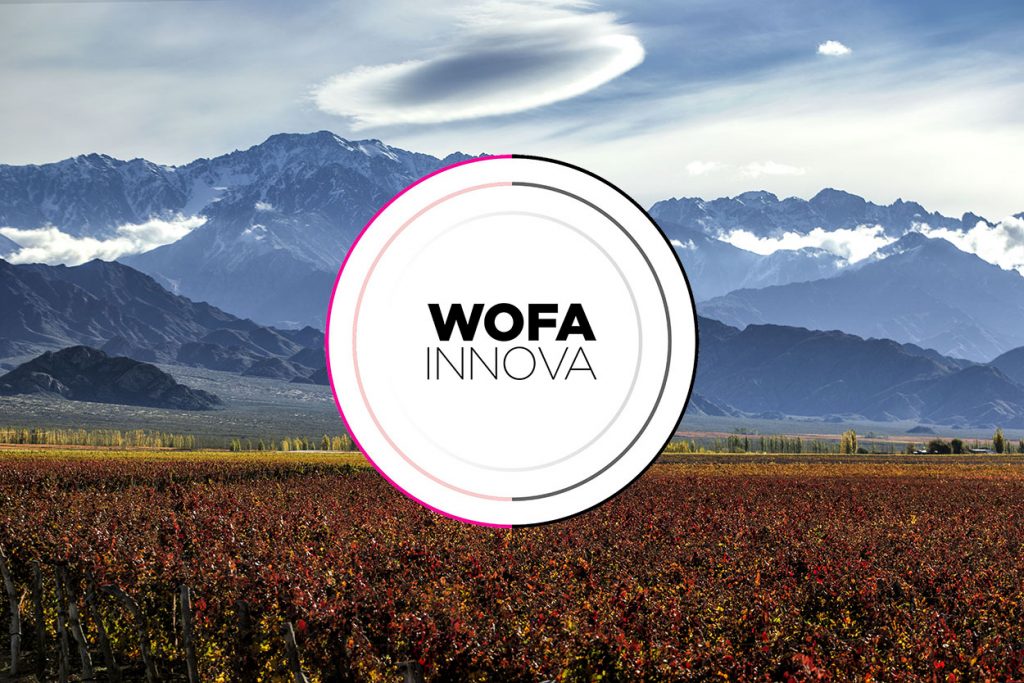 Of course, tradition is important in the wine industry but so are new ideas. Business success and sustainability depend on ample helpings of both: one needs to keep an eye on both the past and the future. However, while established customs can be re-read and re-interpreted, the future must be forged anew. Which is where innovation comes in. But what does innovation mean? How does it come about and in what areas? These and many more are the questions put forward by The WOFA Innovates Challenge.

In order to answer these questions, in February, Wines of Argentina launched an innovation challenge in partnership with Transforme, a specialist at running such projects in the business environment.

Across two months and over several meetings with the consultant’s experts, the Argentine wineries who took part were given access to different creative pathways to innovation. The journey ended with an open competition for innovative ideas: the WOFA Innovates Challenge.

‘Our goal with the challenge was to encourage wineries and their leaders to enter innovative, implementable projects,’ says Magdalena Pesce, General Manager at WOFA.

‘The winning ideas are in line with the organization’s values. These include a willingness to adopt new technologies such as block chain to create, communicate and deliver value to consumers, to take a clear posture with regard to social and gender issues, to encourage collaborative projects very different from the silo structures that characterize the sector and to expand networks among the different actors involved,’ she continues.

The competition established five categories for entries: Non-Traditional Branding; Creation and Promotion of Content; Digital Networking; Events; and Channel Activation. 80 projects were entered of which 19 were named as finalists and 3 as winners. Two categories had no clear winner.

The winning projects of the WOFA Innovates Challenge are:

‘My idea,’ says Lovaglio, ‘is to create a platform similar to a social network with profiles of producers and customers on which to buy and sell wines.’ All the transactions will be guaranteed by the issue of virtual currency.

‘When the producer has a good idea of the size of their harvest and how much wine they will produce they go onto the platform and convert their output into tokens. Let’s say that that they issue a certain amount of tokens, each representing a number of bottles that consumers can buy so that their value is established with absolute transparency.’

An interesting aspect of the idea is that it has no geographic limitations: it can start in the domestic market before expanding overseas. ‘The concept is to ensure transparency and confidence in the futures market, both of which are key if the tool is to be adopted.’  Lovaglio believes that now that the project stage is complete, incubation and launch will take about a year and a half. ‘The overall concept is to create a market with its own rules and no owner, one that will be supported by transactions.’ It has incredible potential.

‘When Argentina is promoted overseas, we always talk about Malbec, tango and beef. But when it comes to added value, a genuine point of difference, one that should be communicated with direct, energetic messaging, is that women are the undisputed leaders of our wine industry and that isn’t true of other countries; you don’t see it in France, Spain or the USA.’

‘From Patricia Ortiz – head of Bodegas de Argentina – to Master of Wine Marina Gayán, businesswomen and wine ambassadors such as Laura Catena and Susana Balbo, from Lucila and Sofía Pescarmona to Paz Levinson, to name just a few, women are major leaders on the Argentine wine scene, and it very much reflects their character. My concept is to make use of this competitive advantage in our communications.’ It’s a valuable idea, perfect for our times.

Meet Malbec. Pablo Tasso, Export Manager at Vinos de La Luz, is an Argentinian who has been living in Valladolid, Spain, for a couple of years. Working there he soon realized the synergy generated by communities of Argentine wine professionals and suggests enhancing this process with Meet Malbec: a combination of a social network and user community in which specialists can become ambassadors for Malbec across the world.

‘One aspect of the idea,’ says Tasso, ‘is a PR network that can be activated with a single WhatsApp group if you so choose. Another is a virtual platform, a network or portal, where the user can interact with that PR network through recommendations, content and chat. This will help us to enhance and spread the message of Malbec across the world.’ If it’s true that we’re stronger together then Meet Malbec should act as a megaphone for the Argentine wine scene.

We invite you to read more news and updates from the world of Argentine wine:  The expanding range of biologically aged wines in Argentina

The expanding range of biologically aged wines in Argentina