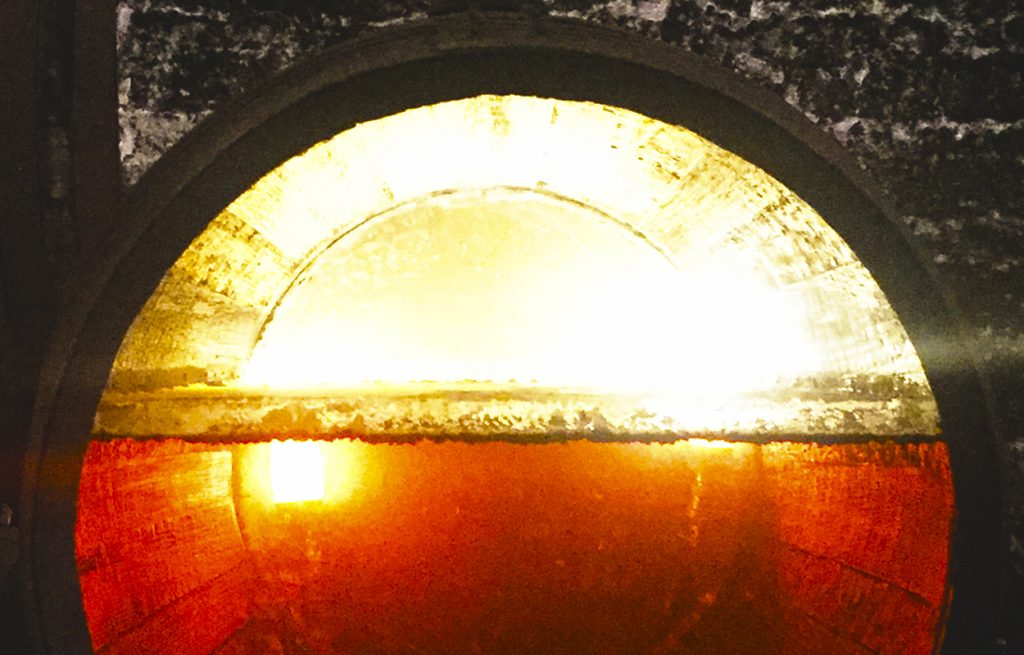 A few years ago it would have been unheard of: biologically aged wines or flor wines (explanation below) were the exclusive realm of a handful of renowned regions such as Jura and Jerez. In Argentina, they were little more than a fairy tale. Today, however, a group of oenologists is exploring an ancient tradition to produce a new wave of wines made with flor.

The tradition has in fact existed in Argentina for some time brought by European immigrants and maintained in commercial brands such as Crotta, El Abuelo, López and Hangmann, but this is the first time it’s really been explored in the fine wine segment.

Biologically aged wines or flor wines are generally whites made using an ancestral method in which a layer of yeast and fungus called flor is cultivated on the surface of the wine.

The result is a dry wine, with a distinctive, unmistakeable style and pungent, complex flavours. This is the character one finds in the manzanillas of Jeréz and, now, in a few local offerings.

Recently, craft examples have been appearing on the scene as oenologists, some quite famous, explore the exotic possibilities offered by biological ageing. Over the past few years they have been looking to use it to enhance the complexity of their whites, as is the case with El Enemigo Chardonnay, made by the oenologist Alejandro Vigil, or, to a lesser degree, to produce 100% flor-aged wines.

One of the first to test the waters of biologically aged wines was David Bonomi, the current Head of Oenology at Bodegas Norton, back in 2014, when he began his personal Per Se project in partnership with the agronomist Edgardo Del Pópolo (Director of Agronomics at Susana Balbo).

A small but very high-end winery – they recently received a score of 100 pts in Wine Advocate for their Per Se La Craie 2018 – that year they produced Volare de Flor, one of the best exponents on the market, chosen by Josep Roca for the cellar of his famous restaurant El Celler de Can Roca.

However, a single wine does not a movement make. Flor continued to seduce winemakers, sometimes in unintentional, spontaneous ways; for instance, flor has occasionally appeared in barrels accidentally and when allowed to prosper it turns out to deliver surprisingly good results thanks to the exceptional health of grapes from the Cuyo region.

With Michelini, for example, the flor appeared spontaneously in his Altar Uco blend because he hadn’t quite filled up the barrels. He explains that it can be difficult to get flor to develop:

‘You need all the planets to be in alignment: a very healthy year, impeccable methods and gentle, continuous fermentation before aging in very damp conditions, and to keep the lid closed as much as possible so the flor won’t get contaminated.’

Once the flor had appeared in the barrels, he appreciated the aromatic complexity and elegance it brought, an effect one generally isn’t able to achieve without extensive bottle ageing. So much so that he subsequently made another flor wine with José Luis Miano using Pedro Giménez grapes which they bottled under the name Amansado.

The naturally healthy climate of Mendoza and San Juan helps when making biologically aged wines. Less need for agrochemicals or sulphur on the vines allows yeast to proliferate in the grapes more vigorously and extensively.

This means that flor can develop in some wines in the first place but the dryness of the climate also hinders development and so must be countered with increased humidity at the winery.

Eduardo Soler, owner of Ver Sacrum, generally includes a degree of flor in his wines, in his renowned Geisha de Jade for instance, but also the La Cayetana label, for which Pedro Giménez with flor will be sold in half-litre bottles.

In his experience, a key component of flor formation is ‘the size of the chamber in relation to the volume of wine, as well as the size of the recipient and humidity where it is aged.’ He also notes that altitude affects the thickness and colour of the flor: ‘In Gualtallary it’s usually thinner and paler.’

Finca Las Moras, a winery in San Juan owned by Peñaflor, the largest group of wineries in Argentina, take a different approach. Working in the tradition of generous wines from San Juan, Eduardo Casademont, the house oenologist, thought it might be ‘interesting to work with flor to do something different with the whites.’

The finishing touches were put to the process in 2017, after seven bottlings, some of which were used to enhance the complexity of whites and high altitude blends from the Pedernal Valley. Pedrito, their 100% flor white, was also made with Pedro Giménez, and Casademont describes it as being similar to Spanish Palomino.

All the oenologists consulted say they were inspired by Jerez but they wouldn’t compare their output to the sherries of famous region, saying they don’t imitate styles or recipes but rather try to respect the native climates, soils and varieties of Argentina.

Flor can be cultivated on different scales and for different purposes, and the case of Matt Berrondo is exemplary in this regard. He has been cultivating flor since 2016 and is about to launch a new wine called Envelado, made with Pedro Giménez grapes from forgotten vines in an area of Maipú called Corralitos.

Matt remembers that in 2018 they skimmed just 150 litres into a tank and kept it in cellar conditions in an adobe room. ‘Eight months later, I had a different kind of flor, sheets of it, with aromas of nuts, almonds, honey and no volatile acid at all because the yeast had been feeding on it.’

The pure stash survives to this day, and they’re using it to contaminate other 160 litre barrels while this year they’ve begun a second 225 litre barrel of starter culture that they’re going to use to set up a solera.

And so these craft enterprises are enriching the diversity of the local wine scene, inspiring an enthusiastic, innovative movement that isn’t without risk, as flor cultures tend to be very fragile.

In fact, one of the major threats to flor is the seismic activity in the region: just a single wave inside the barrel would sink and kill the flor, which actually grows on top of the wine, feeding off its vapours.

But in spite of the difficulties, these oenologists are diving headfirst into the ‘flor de vinos’ a reference to a local phrase in which ‘flor’ denotes the best, the cream of the crop, the perfect description for the increasingly popular trend of biologically aged wines.

If you enjoyed this article, why not take a look at some of our others at: Argentine Chardonnay, an increasingly alluring choice

25 de mayo: a week of locro and delicious wine