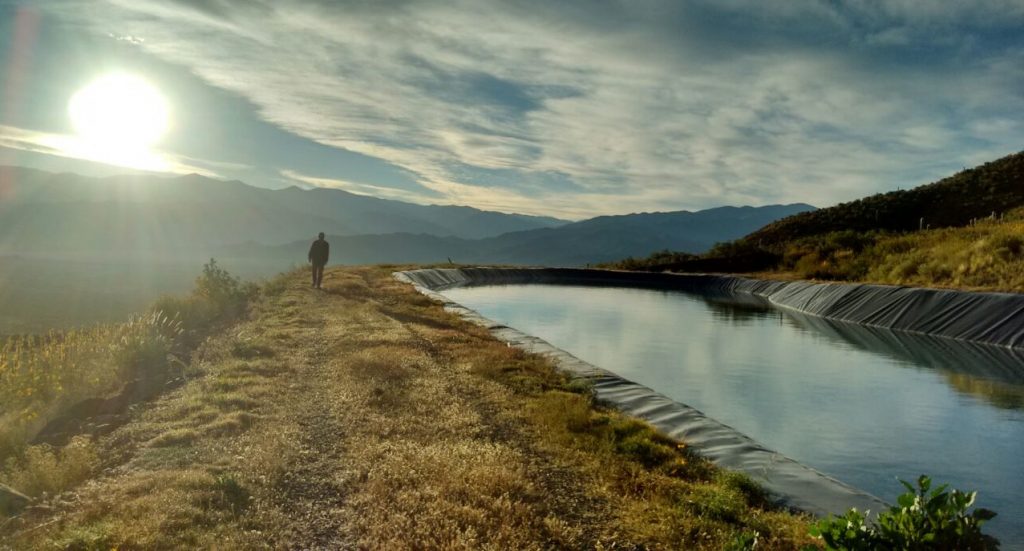 The path of Malbec is also the way towards elevation: the developments of one and the other began at a time when Argentina was a wine country outside the planisphere. Now, as they converge on a high, distant point, that road and that history find their moment of apogee. One key fact illustrates this: in only the last 10 years, some 15,000 hectares of Malbec have been planted above 1,000m and some as high as 3,000m.

With the current yields for quality wines, the numbers are easy to see: some 100 million bottles whose spirit is marked by the coolness and freshness of altitude, offer the consumer a lively Malbec, full of fresh fruit and juiciness. All this a new profile compared to the taste that made it famous in the 1990s.

Now that we know the average temperature descends one degree per 150m of linear ascent, the trick is to understand which stretch of altitude and temperature defines a specific type of Malbec. So you can know which to choose, as in the long range from 1,000 to 3,000m there are about 10 degrees and many types of soil, but of course the available volume is reduced.

For researchers of the effect of terroir, such as Fernando Buscema, of the Catena Institute of Wine, one thing seems clear: “When the vine lives in some mode of stress, it imparts a differential character to the fruits that is then translated into the wine”. And stress can be very in the form of poor soil, a lack of water or extreme temperatures. “At high altitudes -he continues- as the cold grips the plant, the metabolism changes and subtle differences become large changes in the wine”. Changes that are interpreted as an effect of terroir.

Buscema, of course, doesn’t just talk about the temperature regulated by altitude. He also speaks about sun exposure and soil factor, all amplified in that multiple stress that defines the character of the altitude for Malbec. So, following this line of argument, the 15,000 hectares planted in the last decade and a half, past 1,000m, offer a differential character. Something that, when trying wines of the Alto Valle de Uco, or La Rioja or even Salta, is easily verified.

Another scholar of the effects of terroir on wine is Martin Kaiser, vineyard manager of Doña Paula. In the last few years, Kaiser has conducted an experiment comparing Malbec profiles according to fixed terroir variables: soil, temperature, insolation and humidity. The findings, presented each year at the company’s Terroir Workshop, endorse and expand Buscema’s vision: “What we can affirm, as far as the evidence shows, is that cold temperatures are more extreme for the vine, the soil factor becomes more determinant for the character of terroir”, says Kaiser. And cold is one of the conditions of altitude.

When the exploration of high-altitude vineyards in the Uco Valley began in the 1990s, one of the reasons that motivated the wineries – Catena, Chandon, Salentein, at the forefront, and then Rutini, Andeluna, Mayol and many others – was to find cooler climates that would allow for wines of greater freshness. They weren’t wrong. The model of Malbec between 700m and 1,000m, which marked the nineties and the first part of the 2000s, is one where heat is paired with the differences of terroir. But at the same time it offers a Malbec with round, ripe, fleshy tannins but low in freshness, which was the one that the world discovered.

However, today the path of high altitude Malbec is something different. Pushing the limits above 1,350m and up to 1,500m in Mendoza, and with a ceiling of 3,329m in Jujuy, there is a universe of increasing diversity that consumers are now becoming aware of.

It is in that invisible strip, for example, that separates the 1,100m of Paraje Altamira with the 1,450m of Gualtallary, where great variations of character in the grape are obtained with few elements. Paraje Altamira, the brand new Geographical Indication, by its exposure and type of soil, offers a wine with its own character. That character was what Sebastián Zuccardi was looking for to develop vineyards in the region: “We knew from experience -says Zuccardi- that the wines here were more fresh with different tannins. We liked them. But we wondered, too, why we did not get them elsewhere. And the answer was under our feet, in the soil”.

The soil heterogeneity of Paraje Altamira, formerly a riverbed, is not alien to Mendoza. The peculiarity is the combination of altitude and cold climate with a type of stony soil made up of calcareous deposits that increase the effect of stress. And so, it is this combination of factors, along with the low temperatures that generate a certain type of wine.

Marcelo Belmonte, vineyard manager of the Peñaflor Group told us long ago: “In my opinion -he said- climate stress is the determining factor, and in that sense, elevation is clearly the most influential variable. Next comes the soil, which is key when making quality grapes, but in conditions of temperature already given”.

Dots on the map

But just as elevation takes the form of a level curve on maps, isotherms define those same curves and determine possible spaces for growing wine. Now it is necessary to reformat this map in order to include spots of good Andean soils, ever changing and heterogeneous. And the higher up they go, the more extreme the conditions.

From this point of view, we begin to recognise a new topography of varying tastes, freshness and tannins which are new to Malbec. In short, there are other flavours, with increasingly rare and rich combinations that are reaching the stores and forcing us to redefine our descriptive palette.

Wines of Argentina presents “The heart of Argentina”, the 7th edition of Malbec World Day