Posted inNews Outstanding
Posted by By Wines of Argentina 10 March, 2017 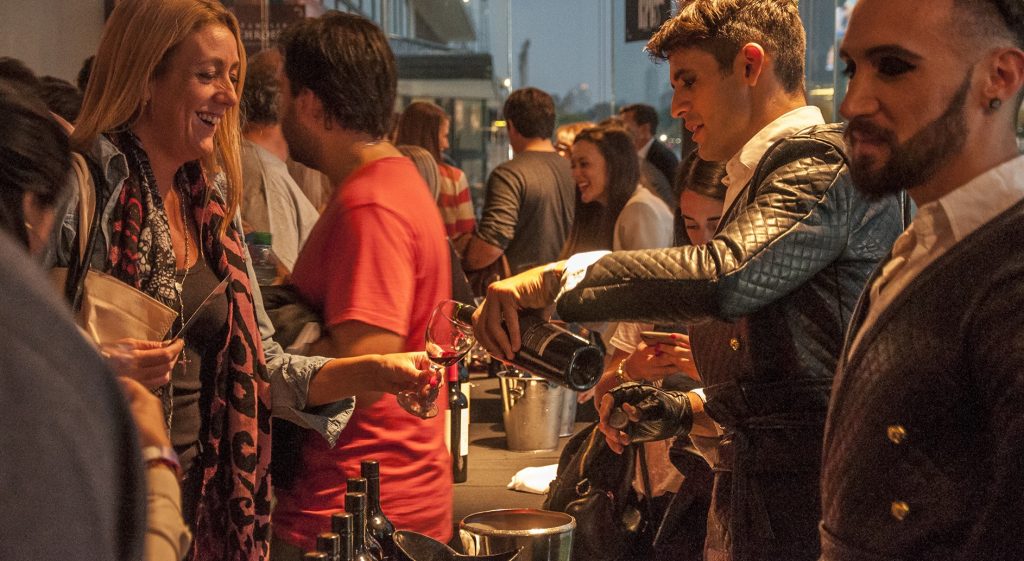 The festivities will take place from 3rd to 9th April with important activities in various parts of the city, including expert talks, open air tastings, discounts in restaurants and wine bars and a great closing event in Vicente López Convention Center, Dr. Arturo Frondizi, (Francisco Narciso de Laprida 150) on Saturday 8th from 2 p.m. to 12 a.m. Tickets can be purchased online in advance with a special discount at www.lasemanadelmalbec.com for $250 or will be sold on-site the day of the event at $300.

Alberto Arizu, President of Wines of Argentina, said: “Malbec is a variety that has a lot of reputation and prestige. Argentine wine is a good example of a sector that works and improves even in adverse conditions. That is why we believe that there is potential ahead. Facing a new edition of Malbec Week is for us a way to celebrate this thriving industry and honor our flagship grape.”

“Malbec Week” seeks to promote and spread Malbec as the emblematic grape of Argentina. In this regard, Walter Bressia, President of Bodegas de Argentina stated: “Wines of Argentina and BAAC are two institutions with vast experience in national and international markets. Through an event like “Malbec Week” the Argentine public can discover the different styles of Malbec that are produced in our country.”

The activities will be developed within the framework of the promotional campaign Vino Argentino made by the Fondo Vitivinícola Mendoza, through the Corporación Vitivinícola Argentina.

The funds raised during this week will be donated to a charity of the Vicente López district, addressing a policy of Corporate Social Responsibility. In addition, both Bodegas de Argentina AC and Wines of Argentina are dedicated to the Wine in Moderation program that promotes the responsible consumption of wines.

Malbec World Day is a global initiative created by Wines of Argentina, which seeks to position Argentine Malbec in the world and celebrate the success of our wine industry. Since its first edition, on April 17, 2011, this global homage has been possible thanks to the support of the Ministry of Foreign Affairs and the Argentine Wine Corporation within the Plan Estratégico Vitivinícola Argentina 2020.

WHY IS MALBEC WORLD DAY CELEBRATED ON APRIL 17TH?

The origin of Malbec can be found in the southwest of France. Here they have been cultivating this grape and making wines with the appellation of “Cahors” since the days of the Roman Empire. These wines became more popular during the Middle Ages and have become stronger and stronger in modern times.

The conquest of the English market was a crucial step in the evaluation of this strain in England and the world. By the late nineteenth century, the phylloxera plague had destroyed the French vineyards, so the “Cot” was forgotten, leaving, however, a culture of appreciation for Malbec.

Some time later, Malbec Argentino appeared. This strain arrived in our country in 1853 in the hands of Michel Aimé Pouget ( 1821-1875 ), a French agronomist who was hired by Domingo Faustino Sarmiento to carry out the management of the Agricultural Quinta de Mendoza.

Modelled on France, the initiative proposed adding new grape varieties as a means to enhancing the national wine industry. On April 17, 1853, with the support of the governor of Mendoza, Pedro Pascual Segura, a project was presented to the Provincial Legislature, with a view to establishing a Quinta Normal and Agricultural School. This project was approved by the House of Representatives on 6th September that year .

In the late nineteenth century with the help of Italian and French immigrants, the wine industry grew exponentially and with it, Malbec, which quickly adapted to the various different terroirs, and developed with even better results than in its region of origin . Thus, over time and with a lot of hard work, it emerged as the flagship grape of Argentina.

The management of Pouget and Sarmiento in the Quinta Normal de Mendoza was a crucial part of this process. The 17th of April is, for Wines of Argentina, not only a symbol of the transformation of Argentina’s wine industry, but also the starting point for the development of this strain, an emblem our country worldwide.

Malbec and altitude: a romance in full swing