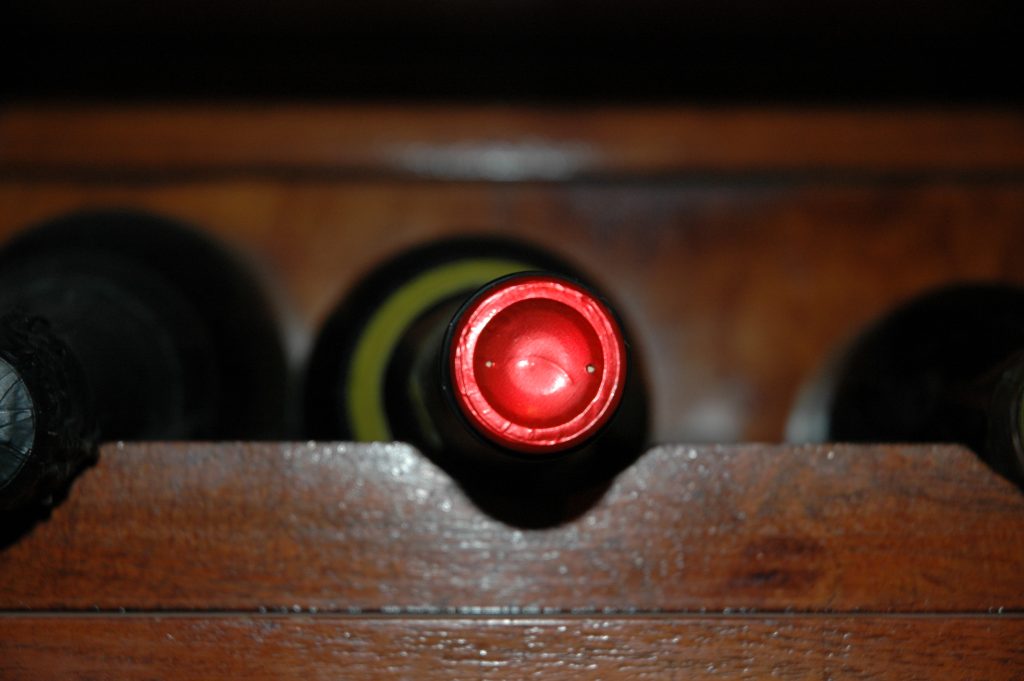 Le Coin Perdu; the name of the protagonist in A Good Year, a film in which Russell Crowe inherits a forgotten chateau in Provence that hides a secret of thousands of bottles of this legendary red in its cellar. Impossible to find in the market but desired by connoisseurs, Le Coin Perdu allows Crowe to get ahead in the business whilst falling in love with the beautiful Marion Cotillard and rebuilding the viticultural reputation of his family despite only having a few grapes from a declining vineyard. A story in which Peter Mayle, author of the eponymous book, rescues the most romantic traits of the wine business and, in turn, exposes the construction of a cult wine.

This is just one example of hundreds of wines that sommeliers try to add to their collections and collectors dream about treasuring in their cellars. Unique wines with low profiles are the best, distinguished by their origin, singularity, philosophy or scarcity and only become known by word of mouth.
Argentina has several of these wines. Of course, like all cult labels, they are best kept secret!

The weight of history

The two most resonant cases among local cult wines have the uniqueness of being historical pieces. The first is the mythical Weinert Malbec Estrella 1977, whose history is not dissimilar to that of Crowe in the film. In the mid-1990s, Bernardo Weinert found that twenty years earlier he had acquired thousands of bottles of this masterpiece created by the winemaker Raúl de la Mota. A few bottles are floating around, it’s just a matter of patience.

Meanwhile, Bodega Lagarde is responsible for the oldest Argentine wine with actual sales in the market: Lagarde Semillon 1942. Its story could inspire a movie. It was during the renovations that the Pescamona family had done in the winery in the mid-eighties, shortly after purchasing it. To their surprise they discovered an old tank of wine that was still healthy with the vibrant style of a grand old sherry. Very scarce now, it can be found in specialist wine shops or in the winery.

Twenty years ago during the local wine revolution, some winemakers and grape growers decided to pursue family projects. The most unique case is that of Angel Mendoza, who changed the great Bodega Trapiche for Domaine St. Diego, a small winery and vineyard in Lulunta, Maipú, that he runs with his family. There he makes Pura Sangre, a mythical red and other limited edition creations.

In the same vein is Ricardo Santos, the former owner of Bodega Norton, with his wine selection; Carmelo Patti, with his reds made in the most traditional style, where the ageing is key; and Walter Bressia, historical winemaker of Nieto Senetiner, who, with his children today produces cult labels like Conjuro, Lagrima, Canela and Ultima Hoja.

As is widely known, 90% of the wine industry is concentrated in the region of Cuyo, with Mendoza having the majority volume. This allows the wines of the North and Patagonia to excel in the eyes of many consumers as a simple contrast. There are cult wines there too.
In Salta, Tacuil is a mythical bodega belonging to the family Dávalos, whose labels drive the ingenuity of sommeliers and connoisseurs to grab their bottles, a favorite of the expert Luis Gutierrez or Tim Atkin.

In Patagonia, cult wineries are Noemía and Chacra. The first, specialising in Malbec, and the second in Pinot Noir. With the hallmark of winemaker Hans Vinding Diers, the wines of Noemía have become jewels on prestigious wine lists. Meanwhile, the Pinot Noir’s of Chacra, owned by the Italian Piero Incisa Della Rocchetta, generate much enthusiasm among lovers of Burgundy, to which they are assiduously compared.

The heirs of cult

Achieving cult status for his or her wine is something any oenologist craves. Above all, it is the desire of those who want to change history, or at least leave a mark. Among the most active today is Matias Michelini, with his Passionate Wines. He became a winemaker experimenting with the limits of wine, and this has earned him a place of privilege among consumers of cult: an orange Torrontés, a Bonarda with carbonic maceration and a Semillon sur lie, to name but a few.

Edgardo del Popolo and David Bonomi, both in charge of large wineries, who in their spare time decided to explore Mendoza to find a terroir that inspired them. The result was Per Se, a sought after red among its fans. Or Imperfecto and 3.14, both garage wines from Daniel Pi, chief winemaker of Trapiche, although these are not a secret. Critics and journalists began to give them high scores and turned them into cult reds.

So, the next time you fancy a tipple of something rare, look no further than these cult producers and their wines. Crack them open and let them show off some of the magic that has made them so unique and sought after.