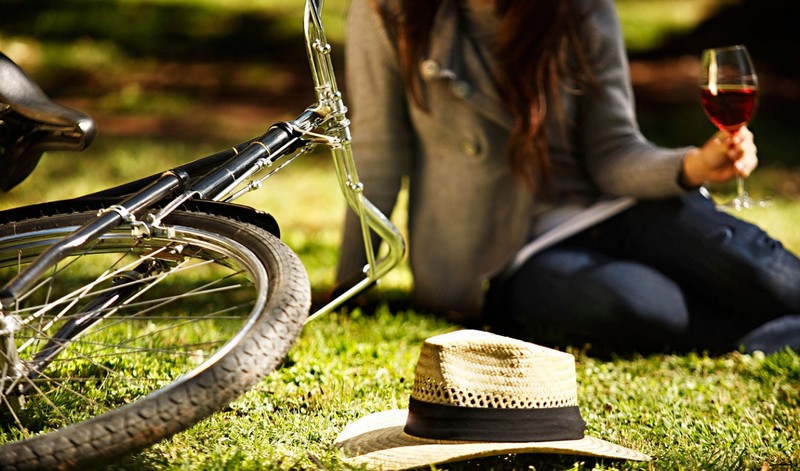 Anna and Eric are a young couple. Right now, at a small table at neoyorkino coffee, finalising details for their next trip. She was born in London but now does bar work at one of the many trendy bars of Manhattan. Eric is from Chicago, and has just got his title of sommelier in New York and works in a restaurant there. They met traveling together and have since visited wineries in Napa and Europe. This year, the adventure is Argentina and its vineyards. It is a journey that they’re hoping will be even more enjoyable: with a backpack and the expectation of some unforgettable experiences.

It wasn’t a haphazard decision but instead a dream that began the day Eric met Thibaut Delmotte, current winemaker at Colomé at a wine fair, who told him he had been backpacking and discovered Argentina, its wines and the corner of the Calchaquíes Valleys, which later became his home. So, walking and staying in hostels and bodegas was how the French winemaker arrived in Salta.

For this couple, like thousands of young people around the world the draw of the less travelled route of Argentine wine is very attractive. Tourists who prefer to blend in with residents and live the wine experience with fellow adventurers who know the way.

Travelling Mendoza is easy. An article on TripAdvisor advises the couple to check the info on where other backpackers have been: where to stay, where to eat and what tours to do. Mendoza looks like a peaceful place to spend a few hours between wineries, jumping into the river rapids or napping in the air conditioning in the summer,.
A friend has offered them a valuable tip: if you want to tour the wineries and get a feel for the places, it is best to rent bicycles. They see themselves wandering through vineyards. clearly remembering the advice of a friend: “It’s not like walking through Central Park or cycling in Holland, but it can be great fun,” he said.

So they’ll reserve two bikes, but they are not sure whether it will be with Mendoza Wine Bike or Martin’s Bike. It depends on where you are staying. If they stay in the center, the first; but if they stay in Chacras de Coria, which is more attractive, the second. Guided by the traveller friend whose advice was that if they want good nightlife, it is best to stay in the center and shop around Aristides Villanueva. “It all happens there,” he told them, and mentioned a place called El Palenque and other bars.

But now Anna and Eric are not so sure they want to be out every night and perhaps the pull of the outdoors is more tempting. So after looking at the social networks they decide that spending a night out is a great idea. A taxi solves the issue of transportation. They are left with two options that seem very good: one is Lujan de Cuyo B & B, which has 241 comments, two thirds of them very good and excellent; the other is the Chalet De Bassi, that has 59, although it is more centrally located, only they don’t speak English their. What they do know is that Lagares is the hostel where their friend stayed and even experts say it is among the best in South America. There they will stay in Mendoza city, even if it is just outside the center. Just in case, send an email to Hostel Square Independencia.

Following the example of Thibaut, the couple want to tour the local vineyards. So, Anna and Eric think about the wines they like and how to get to these wineries. Although they are dying to go there, Salta and the Valles Calchaquíes are a little far for the number of days that have: just 15. But a tour round Lujan de Cuyo doesn’t seem difficult as a bike and good legs is all you need. Altavista, Clos de Chacras or Lagarde, which also offers a cozy restaurant, all have good feedback in TipAdvisor.

The problem will be getting to places like Catena, Ojo de Vino, Melipal or Chakana, in Agrelo, as they are close, but not close enough to cycle there, and local transport is not frequent. On the networks they suggest renting a car. Then they can set foot in more remote wineries such as Domaine St. Diego, or Cecchin, or, further still, Zorzal Wines, or Giménez Riili, or the new winery of Familia Zuccardi in the Valle de Uco, which they have read about.

However, the couple also want to see the Cordillera. Anna and Eric are urban creatures and, therefore, do not want to miss the opportunity to experience the Andes, to see condors and guanacos. They are confident they can get trips and rides sorted with the hostel. His friend told them about the Villavicencio reserve and the Uspallata mines. “It’s desolate, but really worth visiting,”he had said.

TripAdvisor provides some clues. There are companies like Kahuak, which organise these kinds of tours and are reputable (463 comments, 345 of them excellent). Or maybe Argentina Rafting Expedition (631 comments, 475 of them excellent). In either case, they know that for the comments they see on social networks they shouldn’t miss the tour of the Cordon del Plata, or the visit to Confluencia, the way to Aconcagua.

Anna and Eric plan to send emails to the wineries whose wines they like. So at least they hope, they’ll get to taste them. They know that around Mendoza keeping track of other traveler will be easy. So, the only thing left to do is wait for the day they leave. While they wait they gathering more and more info on the social networks. In the end, a trip always starts with a dream.