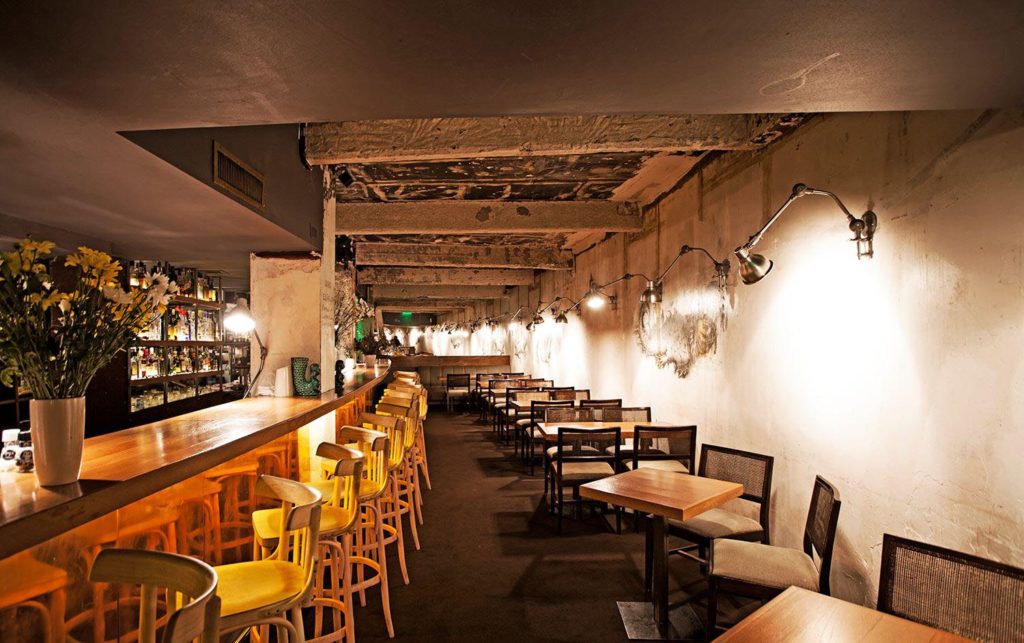 For some time now, the cocktail scene in Buenos Aires has been renowned throughout the world, its bars are a must visit for anyone who likes a well-made drink. But not many know that it is built on a lengthy tradition and culture that is still evolving every night across the bars of the city. Today, bars new and established feature a dizzying array of original concepts and professionals that stand out for their creativity, some of whom have won global honors while the next generation is hot on their heels.

Whether the atmosphere is rock ‘n’ roll, Asian-influenced, exquisitely refined or speaks to local history, cocktails in Buenos Aires offer a range of attractions provided by talented mixologists including both new ideas and well-honed classics. Here we share 6 of the best award-winning bars to visit:

Cocktails in Buenos Aires: 6 bars not to miss out on

A stylish period building is the home of this bar, which came in at number 50 on the 50 Best Bars 2020 list with its combination of old-school glamor and cosmopolitan energy.

A young team bursting with new ideas works here under the watchful eye of Sebastián García, a gentleman barman with excellent fashion sense who in 2021 came in 98th in the  Bar World 100 ranking published by Drinks International which lists the most influential figures on the global cocktail scene.

A visit to the bar makes clear why it’s won so many awards: with its reinterpretation of classic cocktails and the special focus they put on local craft drinks manufacturers, Presidente offers Buenos Aires a direct line back to the Roaring 20s and the Jazz Age.

Anyone who went through their teenage years in the 90s has dreamed of owning a bar like Tres Monos. Black walls with slogans and drawings in white – created by the artist Toro Ink – along with a soundtrack dominated by alt-rock and warm, friendly service create an atmosphere where you’ll immediately feel at home. The space has won several awards including featuring in the TOP 4 of Best New Bar 2020 and achieving a ranking of #85 in @50bestbars 2020.

Sebastián Atienza, Charly Aguinsky and Gustavo Vocke (the eponymous “three monkeys”) have plenty of experience behind the bar and as brand ambassadors deliver a vibrant style where fruit mingles with regional spices to lend an exotic touch.

This is a legendary bar and proud icon of one of Buenos Aires’ most venerable neighborhoods, Villa Crespo. 878 has built a solid foundation upon innovation and a close connection with its community ever since it was founded in 2004 by Julián Díaz and Florencia Capella.

Their most recent initiative is Proyecto A Granel, a new distillery where they produce whiskey, vodka, gin, brandy, grape spirits and bitters developed in partnership with craft Argentine distilleries and wineries. Their products are on sale to the public in reusable bottles and also used for their cocktails, making for a strong and distinctive brand based around the flavors and ingredients of different Argentine provinces.

Inés de los Santos (considered one of the best mixologists in Argentina and named 93rd on Bar World 100’s list of the most influential figures in the industry in 2021) opened her new bar, Cochinchina, in the middle of the pandemic.

With its Asian inspired décor (which combines styles from previous centuries with modern neon signage) the bar takes you on a trip through the flavors of southeast Asia.

The cocktails back this up with audacious flavor combinations and unusual ingredients such as sesame oil, nori seaweed, shiitake mushrooms and cilantro, among others, consistently delivering the element of surprise. To top things off, chef Máximo López May offers a gourmet fast food menu of Vietnamese cuisine with a little French colonial influence.

Florería Atlántico is the highest ranked Latin American bar on the 50 Best Bars list (it was number 3 in 2019) with its complex mixture of indigenous and immigrant Argentine culture.

Its creator, Renato “Tato” Giovannoni (who won the award for best bartender in the world in 2020) drew inspiration from land and sea as he created a menu that pays homage to Aymara and Quechua culture, ancestral herbs from the Andes, the communities of the Pampas, the jungles of the riverscape, and the Argentine coast.

It also features the bar’s own line of spirits, vermouths and other drinks, including a tonic water, while the atmosphere is defined by the long, narrow bar and open kitchen encouraging conversation between customers and the bartenders.

There’s a lot of the working-class pub to this San Telmo bar but also plenty of Bohemian elegance and a surprisingly vast range of drinks; the cocktail menu is more like a short novel with several dozen tempting options. As if that weren’t enough, the bar’s Instagram account publishes a regular list of literary quotes chosen personally by the owner Guillermo Blumenkamp while the head barman Ariel Figueroa is as flamboyant as he is talented.

“Doppel”, as it’s known, is a space that specializes in rejuvenating classic cocktails whose moment of glory arrived in 2018 when Robert Simonson – the cocktail critic for the New York Times – chose it as one of the best bars to visit in Buenos Aires and named  their Old Fashioned as one of the 15 best drinks of the year in the digital magazine Punch.

If you’d like to read more about the tourist attractions of Argentina, click here: Glamping in Argentina: luxury vacations in the wilderness

Bodega Argento, an Argentine leader in sustainability and organic production

10 souvenirs to take home from Argentina (in addition to wine, of course)