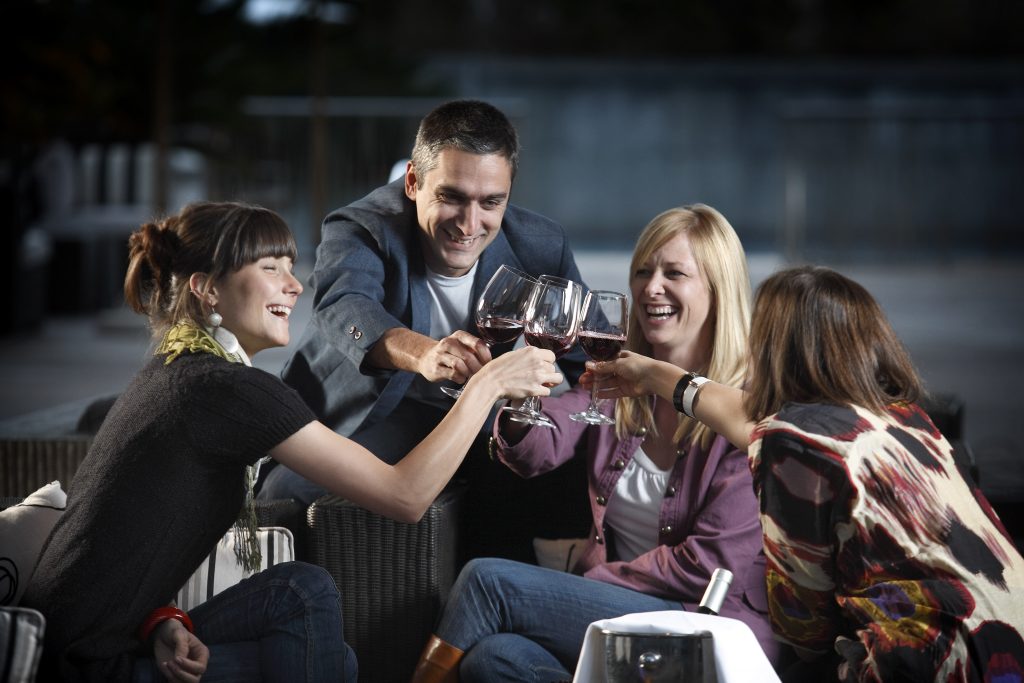 The Argentine wine business is looking forward to 2016 with high expectations. Beyond the variations in circumstances which the new year could bring and the change of government, wineries are still focused on seducing more consumers with their wines and researching other view points or working on old lines with different perspectives. To find out more, we toured several wineries and talked to winemakers and agronomists. We asked them what they thought about the first few months of next year, the harvest, trends and what we’ll all be drinking in 2016.

Cabernet Sauvignon in power. Cabernet awakens fanaticism and frustration among winemakers. It’s simple: it can be the most complex and the most elegant of wines, but to get it right takes skill and an eye for detail. Argentina and its technicians are no strangers to this, even though Malbec is king. And the reason is to be found precisely in the upgrade, both for a winery and its winemaker to be on the cutting edge of a global standard.
For this reason the most celebrated releases in recent times have had the prodigal son of Bordeaux as their protagonist; around 15 new high-end labels saw the light last year, while as many wineries are working to make their best Cabernet. The consultant winemaker Paul Hobbs said more than a decade ago that Argentina would be producing the best Cabernet Sauvignon on the planet. Will 2016 be the year for Cabernet?

Grenache and warm weather strains. Argentina always thinks of cold climate strains with regards to premium wines: Cabernet Sauvignon, Chardonnay or Pinot Noir. Some winemakers, however, are now choosing varieties from warmer climates which should adapt easily to most of the local terroir. Among them, Grenache. Popular in the vineyards of the Rhone and in many regions of Spain, it is characterised by medium-bodied to intense wines which are always easy to drink. In addition to this, it is ideal as a component for blends and offers good ageing potential and performance in the vineyard. On the market now some examples are, Anko, prepared in Salta, Ver Sacrum, from a vineyard in Maipu, Mendoza, and Familia Mayol produces a White Garnacha in the Uco Valley. It also appears in some blends such as Corazón de Sol, which mixes Syrah with Grenache and Mourvedre. In 2016 we will see more wines appearing along this line.

GI’s. A wine’s origin can give it a lot of value when it comes to listing its qualities. In a country like Argentina, where variety rules the roost, to talk about regions and confined areas is a major step forward. In that sense, geographical indications (or GIs) add value and the wineries, leveraged by studies from universities and research centres, are beginning to split the far larger units into smaller units. The paradigmatic case is Paraje Altamira, a fraction of the size of La Consulta in the Uco Valley, it’s had an IG since 2014, and it is not alone. Quebrada de Humahuaca, in the province of Jujuy was also approved in 2015, while others are under evaluation. So, 2016 will be an important year for Gualtallary in Tupungato, San Pablo in Tunuyán, and Chacayes in Vista Flores. Three IGs in the pipeline that are very likely to be approved in the short term.

The revival of the East. Just like southwestern Mendoza has been a magnet for investment over the last decade, today many are betting on the revival of the vineyards in the East. At one time, it was the main source of wine in the country, especially designed for the everyday consumer. But today it is being presented as an option for better quality wines. With land prices rising in areas like Valle de Uco and Lujan de Cuyo, wineries are seeking volume and flavour to ensure reasonable prices. It is vital for mid-range wines, besides being the most consumed, they are always the most affected by economic downturns. But beyond the numbers, this is a still unexplored horizon. In the words of Alejandro Vigil, Catena Zapata’s winemaker and one of the enthusiasts of the East, “it is a terroir that we must explore to discover its true potential. Its vineyards have always provided high quality wines and it is time to recover them. The wineries will be heading there next year.

More wineries open to tourism. Wine tourism is one of the most dynamic activities of a winery. According to estimates by Bodegas de Argentina, in 2015 more than 1.5 million people visited wineries in our country. A figure three times that of 2005 and which encourages further investment in visitor centres.
A reason perhaps for this trend is the diverse range of activities one can do in some wineries (vineyard picnics, horseback riding, cycling, etc) or the opening of new restaurants, like the one from Dominio del Plata and Espacio Monteviejo within Clos de los Siete.
“At first, tourism was a way of getting noticed, but very quickly it became an important business for the winery, which requires investment and services,” says Ana Amitrano, from Familia Zuccardi, one of the pioneers of wine tourism in Argentina. With a macro-economy in line with the global market, as promised by the incoming government, inbound tourism should take a quantum leap in 2016.

Wineries on the web. As the digital universe bombards our lives, the Argentine wine industry is strengthened by it. According to experts, regional wineries are among the most active on major social networks, with original campaigns that entice users around the globe. A strategy of awareness that has a profound impact on consumers who not only want to know more about Argentine wines, but are also tempted to come and discover wineries and vineyards. Added to this exposure in the virtual world are the first steps that some wineries have in e-commerce with online stores. Today it is possible to buy directly from bodegas such as Chakana and Don Cristobal, to mention two of the pioneers in the field, among many others. Some are already billing more than five hundred tickets per month, and not only in domestic sales. And 2016 should mean the consolidation and acceleration of this trend.

So, this coming year we will be drinking new Argentine wines. In the meantime, the change of calendar falls in the middle of a cycle and it is conceivable that these trends will become apparent from the second half of 2016.
But sooner or later, they’ll be here.

What were the most significant trends of 2015?