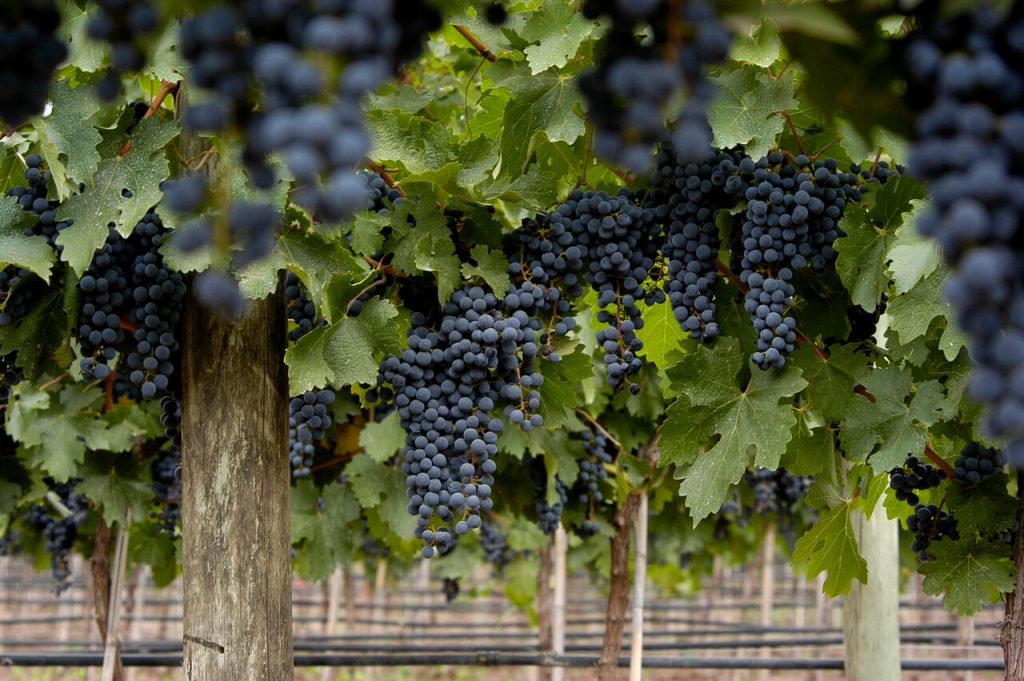 In Argentine wine, tannins are often talked about as if they were demonyms, like Belgians or North Americans. But the reality is that there are different types of tannins within the general name, just as there are different people within a nationality. And now, the exploration of new terroirs and the application of both new and old techniques is creating a new map of sensations brought about by tannins.

So, do they have different expressions?

Recently, Decanter.com published a article by Italian Antonio Morescalchi, a partner at Altos Las Hormigas. The winemaker talked about 3D tannins. He was referring to the sense of texture called “chalk” and that some technicians attributed it to soil type. In the case of the article, it was applied to certain Malbecs made in Cahors, France. But it also applies to to wines here, and when drinking them one can discover other types of tannins.

Tannins form the backbone of wine and Argentine wine in particular. The red varieties with which we work, especially Malbec, are rich in polyphenols, one of which is a tannin. This richness is how Argentine terroirs enhance the main feature of its reds: the large, meaty textures, with the combination of ripe grapes and fat or sweet tannins.

But they are not the only textures possible. What follows is an approach to the types of tannins, that as tasters, we perceive in our wines today. In our view, they are:

Fat or sweet tannins. They are typical of a mature Malbec or Bonarda, but are not exclusive to those varieties. So round and full, they fill the mouth and increase the body of the wine. These tannins, revealed in Agrelo years ago, are well known by winemakers like Jose Galante, Hector Durigutti and Alejandro Vigil. Identified as sweet because they are friendly, not because they are sugary, they work wonders with high alcohol regional red wines, between 13% and 15%. Generally speaking, they are the ones we expect most in Argentine wines, particularly in the area of Lujan de Cuyo, Agrelo and Lunlunta. They can also be found in La Consulta in the Uco Valley, and one person achieving them is Karim Mussi.

Chalky tannins. Wines from cooler areas retain an elevated freshness, and have a type of tannin with a powdery sensation in the mouth, similar to when you rub off an old chalk board. Hence they are defined as 3D, because they have this other dimension. The name “chalk” is also the type of soil to which they are associated: chalky, which our terroir has in abundance, and this, added to cooler climates provides that profile. The exploration of new terroirs in Argentina has made this type of tannin the novelty of the moment and the caviar of discerning drinkers. One can try Malbec and Pinot Noir in the Valle de Uco, mainly Gualtallary and Altamira. Winemakers known for these tannins are Alejandro Sejanovich and Sebastián Zuccardi.

Fine tannins. The combination of stony, shallow soils also generates a type of very fine tannin. Generally speaking, they are perceived as a skeleton, from which other attributes dangle, although they can not be easily identified. They differ from chalky tannins because they are not dusty and lacking in texture. In contrast to the big and bulky tannins, which act as the muscle of a wine, in this case they are the bare bone, pure structure. A specialist winemaker in this type of tannin is Jorge Riccitelli, who works with wisdom in his wines. Found commonly in Cabernet Sauvignon in some corners of Lujan de Cuyo, particularly Perdriel.

Compact tannins. In the northwest, there is a type of tannin we call compact, for its overwhelming presence, with not much volume. A sort of fat tannin and the same time rough, whose edges, like the pieces of a jigsaw puzzle, are embedded in a monolithic shape. When young, they express a Vallisto character, something which oenologists like Alejandro Pepa or José Luis Mounier speak a lot about. It’s right between raw and rustic, but over time in the bottle, it fills out and gives fullness to the mouth. Cabernet Sauvignon from Cafayate, and to a lesser extent, Malbec are good examples of this compact tannin.

Wood tannins. All plants produce tannins. And as such, oak gives the wine its own tannin. They are very different from those of the vine. In the case of French oak, they are of average volume, highly polished and structured with tension. In the case of American oak, they are bulky and generated by alcohol, a feeling of ecstasy, sweet and enveloping. The latter looks like the big tannin of our wines and it is not uncommon that in Argentine Malbec, we help to consolidate its muscularity.

Two interferences
One of the major difficulties when talking about texture and tannins is that they are enhanced or modified according to the alcohol and acidity of the wine. A red wine with high alcohol tends to enhance fat tannins, while one with lower alcohol does the opposite. With acidity it goes something like this: a chalky tannin lacking in freshness loses the ability to dry out like a powder and is perceived as a fine tannin.

In addition, the feeling of tannins change much with age of the wine. As they have the ability to polymerise, and in the process lose their texture. So, to try them, one should always aim for young wines.

However, when we talk of tannins in Argentine wine, one thing is certain: no red is lacking in them, even when they are young, including Pinot Noir. According to the origin of the grapes, the type of preparation and the resulting style will have more or less force, some over others. But don’t lose hope, to discover them, you have to drink more wine, and that’s always good news!

Seven things you didn’t know about the harvest in Mendoza

Women are gaining prominence in the Argentine wine business