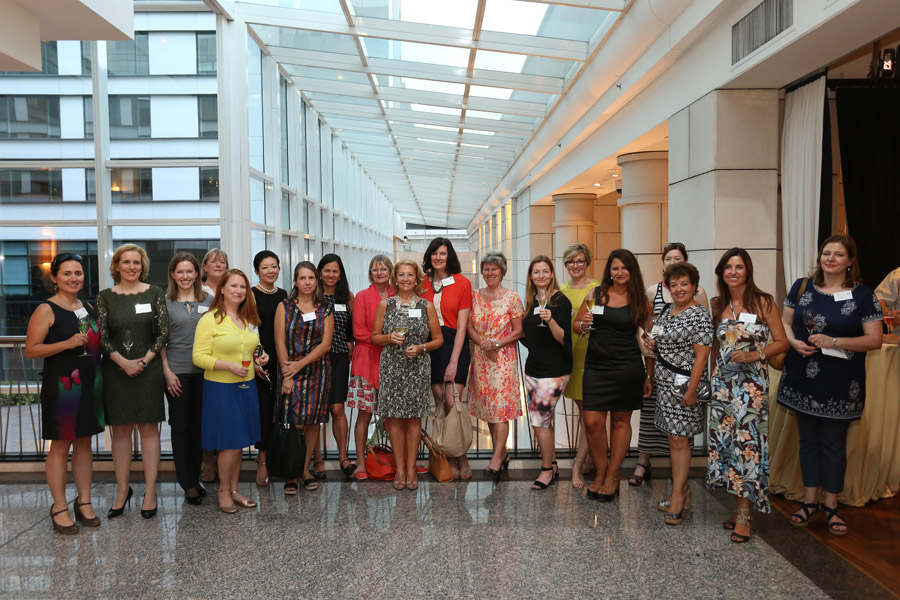 Laura likes wine. It is not something you notice at first glance. But when she goes to the supermarket, she takes her time deciding which wine to buy: from sparkling to the recommendations she reads in the papers. And if she sees a bored looking sommelier, she doesn’t hesitate to ask him which he thinks is better for cooking: a Malbec or a dry white.

Laura lives in Buenos Aires and is unaware that she is one of many women who are today redefining wine consumption. From New York to Helsinki and Tokyo, women are now one of the main drivers of wine consumption, if we are to believe what was said at the seminar “The vision of women in the wine industry”, held in Mendoza during the last edition of the Argentina Wine Awards. With experts such as Masters of Wine Jancis Robinson, Essi Avellan and Christy Canterbury, among others, the seminar reflected on the role of women in the wine business.

They know what they want

Women represent 50% of global wine consumption. A number that is greater if one takes into account that, beyond whether they drink or not, they are responsible for making purchases for millions of households worldwide. To put it plainly: if Laura lived in Ontario, she would be within the statistic that states that 8 out of every 10 bottles are purchased by women. While in the United States, her average purchase would be around $15 per bottle without being easily swayed by price or points.

Laura would be like the case of Margaret, where in a shop in New York would take a best buy of a well known brand because she trusts her. Or like Christina or Paula, in Toronto or San Pablo, respectively, who check the price with a magnifying glass and compare bottles actually tested, before taking the best for them. These are who Suzana Barelli, a Brazilian journalist, is referring to when she says that “women have learned a lot about wine and this leads them to buy well and wisely”.

Not afraid to ask

Curiosity is a key aspect when it comes to wine consumers. Unlike men, women are not afraid to ask vendors and wine sommeliers about which wines best fit their needs. They are much more open minded when it comes to experiencing new wines, according to what was said in the seminar. Laura, without going too much into detail, drinks red and white, and can swap a full-bodied Malbec for a light-bodied Pinot without too much hassle.

But if Laura were Japanese, according to Megumi Nishida – a journalist from the Japanese market – she would choose wine in another way. Firstly, she would be a reader of specialist journals, those which topped the list of subscriptions. Secondly, she would be within the 62% of experts drinkers and could even be counted as one of the 46 sommeliers and consultants in every 100 people involved in the wine business. A tall order, and one which has little correlation in the rest of the world.

As for preferences, the results of the Argentina Wine Awards 2015 competition – as those who spoke at the seminar were the tasters- revealed that women prefer fresher, lighter and easy to drink wines. That would be the case if Laura lived in the UK. There, whites and rosé wines represent 50% of the total consumption, while lighter reds like Pinot Noir and those with little time in oak are more attractive.

In contrast, when drinking, Asian women have similar tastes to men. And if we are talking about Hong Kong, a women who prides herself on knowing about wine, would choose a well known Bordeaux or Toscano.

Bubbly…., it depends which one.

Women enjoy sparkling wines. A lot. According to Master of Wine, Essi Avellan, females are largely responsible for the global increase in the consumption of bubbly, a growth that has hit almost 40% in recent years. However, women do not drink the same sparkling wines everywhere. For example, if Laura were Finnish and had to choose a bottle in Helsinki, statistics indicate that she would choose a soft, fruity one similar to Prosecco. Easy to drink, and is also a good deal when it comes to the price. It would be the same case in the UK and Canada. But in Tokyo, things would be different. On the islands of the rising sun, image carries weight and the Japanese like to show that they are in the know, following the argument put forward by Megumi Nishida. There, Laura would opt for Champagne and, if possible, from a renowned producer.

For her part, Susan Kostrzewa, editor of Wine Enthusiast, states that in the US, pairing is a driver for women who want more sophisticated dishes. In the same vision, wine seduces in situations like meetings and social gatherings. In Japan, it also gives the patina of sophistication and prestige.
According to Kostrzewa, women will have more money than men by 2028. And, as is clear from the examples in each case, the stereotype of consumers of sweet and simple wines don’t have much of a connection.

So, the future of wine has found in its consumer, an ideal terroir in which to plant new roots. Something which, for those who are watching, promises to reinvent global wine consumption in the medium term.