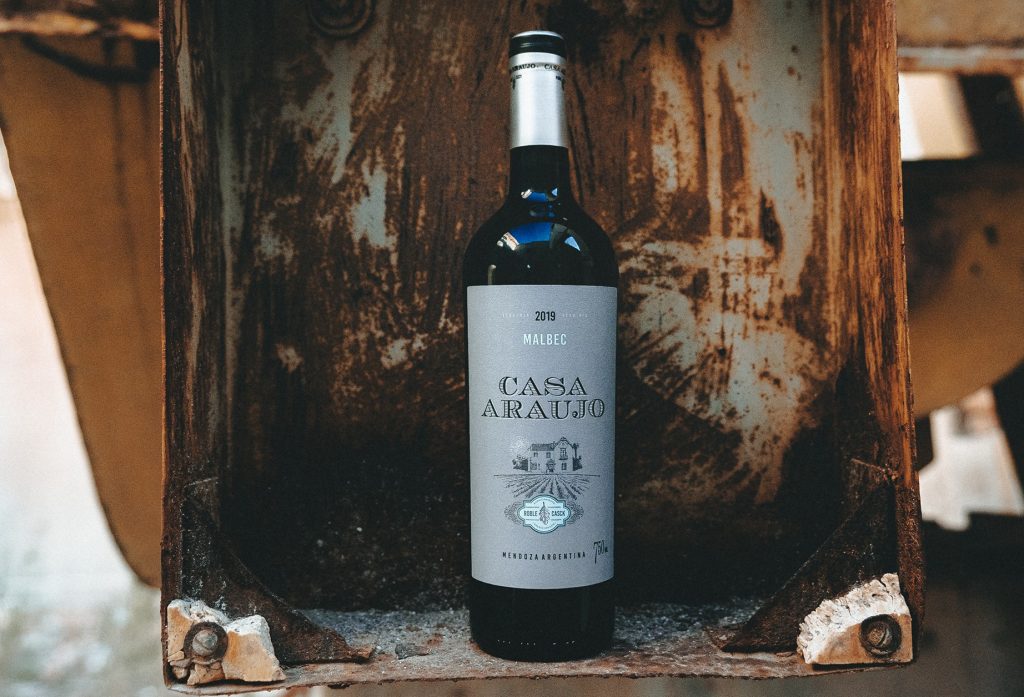 Over the past 150 years, the Argentine wine industry has depended on the grit and determination of hundreds of families of locals and immigrants to make it what it is today.

Today, these pioneering families have been joined by new entrepreneurs who are producing labels that are making their own mark on the history of Argentine wine.

This is true of the Araujo family who, after years in the agriculture and livestock sector, have returned to Mendoza to write a new page in the family history.

In 2001, Carlos Araujo, an agricultural producer in the Province of Santa Fe, decided to reconnect with his Mendozan roots and found Bodega Araujo in San Rafael.

In addition to expanding his own horizons, he was honoring the memory of his father, Don Graciano, who was the first to get involved in high quality wines.

To make their plans a reality, the Araujo family bought their first vineyards in Villa Atuel where they began to plant new vines and tended to the old existing ones originally planted by the Arizu family, restoring them to health.

Later, they restored an old winery that had been left abandoned for years and were finally able to launch their wines on the domestic market.

In addition to bringing a historic corner of the Argentine viticultural scene back to life, the overall restoration project included a diversification program involving plums, olives, asparagus and livestock.

Bodega Araujo was thus a holistic project that grew thanks to the passion of those involved, an awareness of the need to work in harmony with nature and a keen social commitment to the community of Villa Atuel and other partners.

This philosophy was reaffirmed in 2021 with organic certification for all the winery’s vineyards.

The Araujo family thus fulfilled their mission by embracing essential values such as friendship, a sense of belonging, an optimistic outlook and, especially, sustainability.

The soil in the vineyards is alluvial, created by material deposited by the meandering River Atuel, resulting in a varied makeup ranging from stony to sandy with excellent drainage and low organic material content.

These characteristics allow the vines to develop to their full potential, resulting in the expressiveness seen in Bodega Araujo wines.

Villa Atuel is a viticultural settlement in the Southern Oasis of Mendoza, located at an altitude of 1700 feet above sea level.

With a semi-desert climate that experiences relatively low humidity, sharp changes in temperature and excellent sunlight, the soils ensure that  grapes can be very successfully cultivated using organic methods.

20% of the surface area is set aside for Chardonnay and Sauvignon Blanc. In these vineyards, old pergola vines sit side by side with much younger staked plants that receive their water through flood irrigation from ice melt from the Atuel River.

These excellent natural conditions, along with the expertise of those who tend the vines, result in healthy grapes that the head oenologist turns into balanced, expressive wines that faithfully represent the terroir from which they came.

Wines with a sense of place

The young oenologist Maxi Goulú decides when the time is right to harvest each variety in conjunction with the winemaking team at a winery equipped with the latest technology and climate controlled chambers where the wines are kept and aged in French oak.

Bodega Araujo has several different lines in its portfolio. The Bodega Araujo varietals are young, unaged wines that offer the freshest expression of Villa Atuel and include a Malbec, a Cabernet Sauvignon and a Chardonnay.

Bodega Araujo Cask, meanwhile, is aged for six months in oak, resulting in a classical, serious minded profile in which the character of the grape varieties comes to the fore. It includes a Malbec, a Cabernet Sauvignon, a very interesting Tempranillo and a Chardonnay.

Mimi, meanwhile, is a bi-varietal blend of Malbec and Merlot with a young, fruity expression and, like Nucha, is part of the Bodega Araujo’s newest line which also features an organically certified Malbec. In 2019, Mimi received a special mention at the Mundus Vini international competition.

Finally, Graciano is a line that pays tribute to Carlos Araujo’s father, the founder of the winery. It features two labels: Graciano Red Blend Reserva (Malbec, Cabernet Sauvignon, Merlot) and a Chardonnay varietal for which Maxi Goulú selects the best grapes from three different parcels at the vineyard. These two labels offer both balance and power and represent the best that the vineyards of Bodega Araujo have to offer.

Still want more? Why not read about some of the tourist attractions of Mendoza? Adventure, nature and enchantment in the Mendoza Andes

Viognier, an unexpected treat from the vineyards of Argentina