Posted inNews Outstanding
Posted by By Wines of Argentina 18 May, 2017 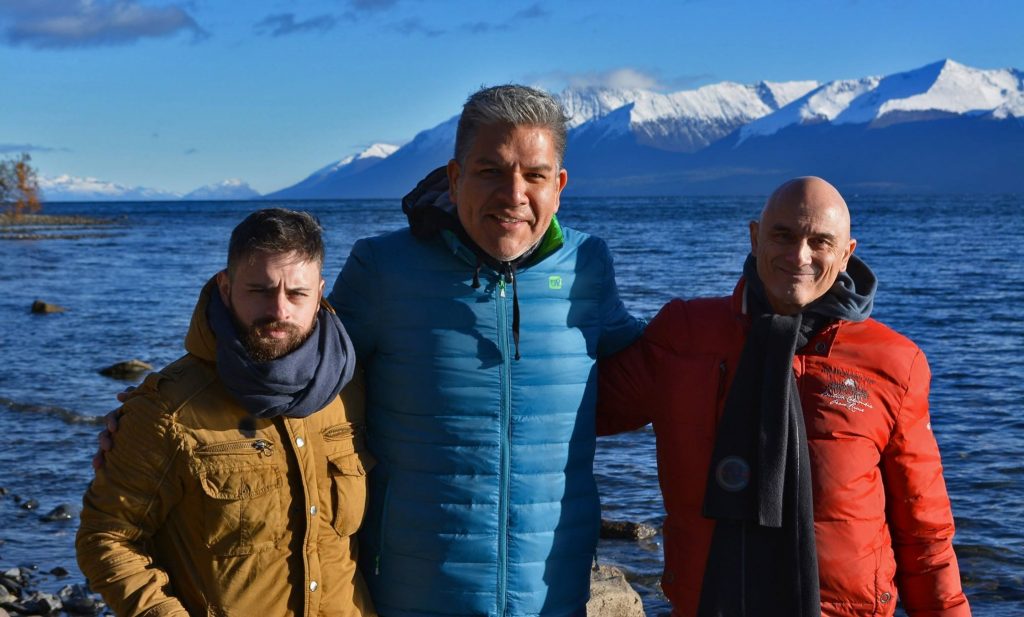 Wines of Argentina, the institution responsible for the global promotion of the brand “Vino Argentino”, organised an “Argentine Gastronomic Expedition: from the end of the world to Cafayate”, held between 4th and the 11th of May. Three distinguished chefs from Latin America were invited by WofA to tour various destinations in Argentina and enjoy the gastronomy and the best wines of the country.

The guests were Jose del Castillo, chef and owner of Taberna Isolina in Peru; Diego Niño, chef of Nexo Wine Bistrot and Horacio Armendáriz, chef of Bistro83, both of Mexico City. Throughout this experience the chefs kept a daily travel log that they shared through their social networks with their followers and WofA.

The experience began in Buenos Aires, where they tasted dishes from the renowned restaurant El Baqueano. In Ushuaia, “the edge of the planet”, they enjoyed a dinner at Chez Manú and an expedition to see the coast of Lake Fagnano and Lake Escondido. In Mendoza, they participated in seminars and tastings, as well as a tour of The Vines of Mendoza. They also took part in the talks “Other notable reds” and “Top whites and sparkling wines”, which was joined by a cooking class by host chef Jesús Cahiza, and local chefs Marcos Zabaleta and Patricia Suárez. In Salta they had dinner in Payogasta and they were able to go round the Hacienda del Molino. All the seminars held were aimed at spreading thee word about the most innovative aspects of viticulture, continuing the guidelines of WofA’s new “Argentina Breaking New Ground” campaign.

The expedition was supported by INPROTUR and DESTINO ARGENTINA, under its COCINAR gastronomy program and involved the participation of 10 national wineries. Its implementation achieved a broad international reach, as it counted on the exclusive coverage of National Geographic Traveler and of the most relevant newspapers of Mexico and Peru. In order to maximise the trip log, online tools were used to follow the action minute by minute via Facebook Live, Instagram and Twitter.

“What surprised me most about Argentina was that it broke a paradigm because first of all we ate asado with whites and secondly, we tried authentic Argentine cuisine, new cuisine, it was great,”said Del Castillo. He added: “Trying things that you did not know existed as an experience opens up the mind a lot. I am desperate to get back to my kitchen and try things out. The most important thing was to know that it is not only Malbec and asado, but that there is a great variety, a lot of excellent white wines and that opened my perspective a lot. It is impressive to know that where you least expect to make incredible wines with the limitations of space and the extremes of climate,” hinting that they are factors that enhance quality.

For his part, Diego Niño referred to the importance of the trip by stating: “As a cook you come with the idea that Argentina is asado, pasta, empanadas and that’s it. But the reality is different: it’s a different world. Personally I would like this type of gastronomy and wines to be exploited in different parts of the world.” On the vineyard tour of various regions he added: “All wines are different, I believe that wines are like people, there is a world within each one. Neither a Malbec nor a Merlot is going to look like another.“

José del Castillo – Taberna Isolina – Lima, Peru
Del Castillo is giving the best dining experience back to Lima, recreating a mother’s sense of love at the table with delicious, nostalgic food, in generous sharing portions. Located in a historic house in Barranco, Lima’s favorite area for bohemians, artists and intellectuals, it has the authentic atmosphere of an old family home.

Diego Niño – Nexo Wine Bistrot – DF, Mexico
His career began as an assistant with chef Salvador Morales. His concern for cooking led him to study at the Instituto de Arte Culinario Coronado where he obtained first place in various cooking contests. His first job as head of a kitchen was in a trattoria while doing internships in restaurants like D.O. When he met César Vázquez they decided to go into partnership to form Duo Catering, after which they formed an alliance with Guillermo Escorcia: Tec-Emotion. In 2015 together with Vázquez they began Nexo Wine Bistrot.

Horacio Armendariz – Bistro83 – DF, Mexico
A chef specialised in different regional cuisines both from his country and abroad, he currently runs Bistro83. With 12 years of experience in the hospitality industry, he has developed business areas in restaurants, industrial canteens and banquets, among others. As part of Horacio’s influence, Bistro 83 has an exemplary cava with the mission of promoting and spreading the wine culture of different latitudes within Mexico.

Day 2 and 3 – Friday 05 and Saturday 06 of May – Ushuaia
The kitchen at the end of the world. Its diversity and pairings.
Tourist activities.

Day 4, 5 and 6 – Sunday 07, Monday 08 and Tuesday 09 of May – Mendoza
Asado among friends.
Terroir of Uco Valley.
Cooking with fire.
Other notable reds, Top whites and sparkling wines.