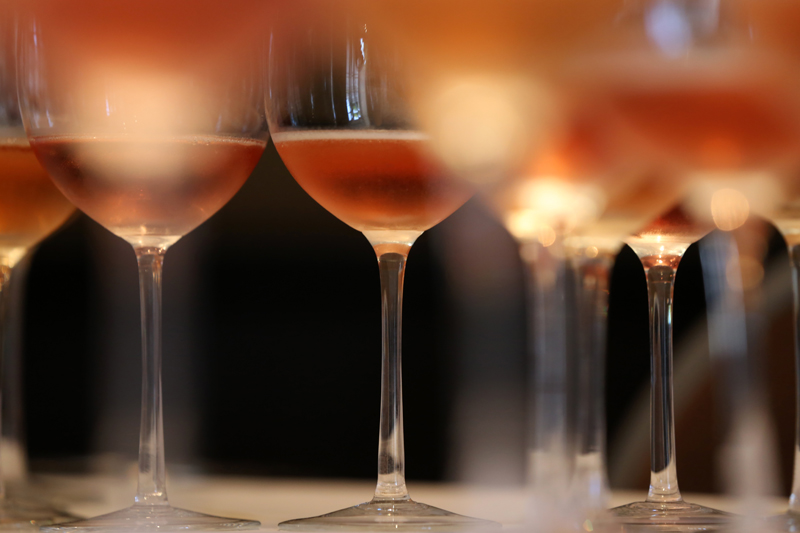 Neither new world nor old: a horse on its own path, Argentina has one foot in tradition and another in innovation. Sparkling wines, with a century of history in our country, are a perfect example.

In 1902, the first commercial sparkling wines in Argentina were bottled at the same time as Cava began its upward path. At that time, few countries outside France had some degree of making bubbly. With the turn of the century, the story of a long Argentine tradition had just begun.

The first steps
The sparkling wine in our country has two historical aspects, according to the historian Pablo Lacoste in his upcoming book Espumante argentino. Origin and evolution.

On the one hand, the tests carried out by the German Carlos Kalless in Guaymallén, Mendoza, resulted in the first sparkling wines bottled and marketed since 1902 in Buenos Aires. The journalists of the time, not surprisingly, were talking about Kalless’s feat and the quality of his wines. On the other, the same tests carried out by Hans von Toll, in San Martín, also in the province of Mendoza, which were marketed from the same date in the ‘cuyana’ city.

While nothing is said in Lacoste’s book about these two Germans getting to know each other, it is striking that the first sparkling wine producers in our country had the same nationality. With an extra bonus in the coincidence: both imported Pinot Noir in the mid-1890s to adapt it to Mendoza’s homeland, a task that would take them roughly eight years.

From 1910, however, the Kalless winery would become the successful Santa Ana, under the direction of Luis Tirasso, kick starting a handful of local wineries that would also embark on the same thing. Brands such as Monitor, Tomba, Arizu and Trapiche, for example, have been on the shelves since the 1920s.

Von Toll, meanwhile, disappeared into oblivion. The important thing is that both Germans laid the foundations for the development of sparkling wines in Argentina by the traditional method of fermentation in bottle, and they sowed the first yeasts for the effervescence that would come later.

The second revolution
Just over half a century after the first Kalless cork flew in front of the eyes of the Buenos Aires press, Möet & Chandon landed in Argentina. It was 1959 and, to the surprise of the world, the first place where the French set foot outside Champagne was Argentina.

In Chandon Argentina, they place special emphasis on the fact that Baron Bertrand de Ladoucette toured the world before deciding on our country. The initial step was taken in Río Negro, in Choele Choel, in search of cooler areas to produce the necessary grapes. They also imported Pinot Noir plants and adapted them to a vineyard that still exists.

But the loneliness of the region, the distance and isolation took them, years later, to Agrelo, Mendoza, where they started a long-standing French tradition. Over time, it would become the main producer of bubbly in Argentina, a market that moulded the palate with a refined taste of yeast and fruitiness, which is the hallmark of its Extra Brut.

Other producers followed this second revolution. In the 1980s, for example, Navarro Correas took advice from Deutz, introducing another French angle to the tradition.

In Chandon and Navarro Correas, a good part of the winemakers who later made up the third revolution were formed: technicians such as Alejandro Martínez Rosell, the head of Rosell Boher, a prestigious boutique house founded in 1999, for example. However, the seed of Kalless and Von Toll also took independent roots. Houses like Richardi-Fazio-Menegazzo were born, the last names of three Mendoza winemakers; Bodegas Toso, whose brands are iconic; Bodega Bianchi, which started producing sparkling wine in 1995 with its own thrust. Likewise, the work of Pedro Rosell, an agronomist who specialises in sparkling wine, is today at the head of Bodega Cruzat. In 2003, following the example of its competition in Champagne country, Mumm set up shop in San Rafael, south of Mendoza.

The momentum
In 2005, however, there was an important breaking point. The wineries forced the government to allow them to reinvest what they hadn’t paid in luxury goods taxes, the corresponding category for sparkling wines in our legislation. In a short time, houses and styles had multiplied, and 2014 saw the peak of maximum production with Argentina producing about 60,000,000 litres of sparkling wine in all its categories.

Today, with an annual production of around 42,500,000 litres, and with more than 133 houses making sparkling wines, it could be said that the vision of Hans von Toll and Carlos Kalless managed to encourage regional producers. Just as wine is king, we can’t think of making a toast or having a celebration without a bottle of bubbly. So with that, and paraphrasing Baron Eric de Rothschild, success has marked the first hundred years.