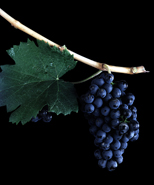 It’s no secret that Malbec is the grape that has made Argentina’s name in the world of wine. And yet there’s still a lot that people don’t know much about: its origins, genetic ancestry and its fluctuating popularity throughout the 20th century.

Martín Bruno, who was named the Top Sommelier of Argentina in 2017 and one of the top 15 at the 2019 Association de la Sommellerie Internationale Awards, uncorks the world of Malbec to share some of its most inexhaustible characteristics. Why not drop by for a glass?

The frontiers in the world of Malbec: Malbec-Babel

Originally known as Cot, Malbec has gone by at least 20 other names, the most common of which is Auxerrois, especially in France. In Argentina, Cot came to be described as Malbeck in the 70s and that in turn evolved into today’s more familiar Malbec.

There are several different theories about where it first came from but the most likely is that its origins lie in the ancient French province of Quercy, today known as Lot, part of Tarn-et-Garonne, close to the venerable city of Toulouse.

Genetically, it is a cross between two older varietals: Prunelard and Magdeleine Noire des Charentes, which is also an ancestor of Merlot. In turn, Malbec has given birth to varietals such as Caladoc (a cross with Garnacha) and Jurançon Noir (a natural cross with Folle Blanche).

According to Wine Grapes, the book edited by Jancis Robinson, Julia Harding and José Vouillamoz,the first written record of the varietal dates back to 1761 under the name Noir de Pressac in Pomerol (Bordeaux).

From Eleanor of Aquitaine to the phylloxera

From France, and more specifically Cahors, it became popular in England following the marriage of Eleanor of Aquitaine to Henry II of England (c. 1150). At the time it was known as the Black Wine of Cahors because of its intense colour.

It was subsequently extensively planted in Bordeaux: some accounts claim that before the phylloxera plague of 1877, Malbec accounted for up to 60% of the vineyards of major producers such as Chateau Cheval Blanc.

Wars, phylloxera and a severe frost in 1956 destroyed most of the Malbec planted in France.

Currently, in Cahors, it covers just 3400 hectares while still clinging on in Bordeaux in small sections of iconic vineyards such as Chateau Lafite Rothschild.

The world of Malbec was brought to Argentina by Michel Aimé Pouget, a specialist in French viticulture who was invited to Mendoza to run the agricultural school Quinta Normal. Founded on 17 April, 1853, among the school’s many objectives, and one of its most important, was to adapt French varietals to the soils of Mendoza. This is why 17 April was named World Malbec Day.

Known for years as the ‘French grape’ by Argentine winemakers, according to the first census by the National Viticultural Institute, in 1968 just over 47,000 hectares were planted with the grape.

However, between 1972 and 1995, 80% of these vineyards were replaced with grapes that produced higher yields for the production of table wine.

By 1995 just 9000 hectares remained, a situation that changed radically during the winemaking revolution that occurred in the country from the 1990s onwards.

One varietal, many different styles

In Argentina, Malbec has been used to crate many different styles of wine: sparkling, white, rosé, fortified, dry, sweet, passitos and even grappa and vodka.

But that’s an over-simplification: Malbec has been planted in almost every terroir of Argentina, from Rio Negro, Patagonia, to the south to Jujuy to the north, where the vineyards are almost 3000 meters above sea level.

Hence we find quite austere (less fruity) examples from cooler regions such as Patagonia and some areas of the Uco Valley (Gualtallary, San Pablo, El Cepillo) and more intense expressions (more alcohol, greater concentration, riper, spicier aromas and flavours) in warmer climates such as San Juan, La Rioja and Salta.

However, Malbec’s historic home lies in what is known as the First Zone of Mendoza consisting of Luján de Cuyo and Maipú. Within that area are iconic sub-regions such as Vistalba, Las Compuertas, Perdriel, Agrelo, Lunlunta and Barrancas all of which have their own traditions and influence.

Working with all these different expressions is the challenge that enthuses oenologists today. And it also why more and more consumers are being moved to discover the inexhaustible world of Malbec.

Did you enjoy this article? Keep reading – MALBEC´S HEROES

Malbec, classic but varied: descriptors of the varietal in different areas of Argentina

The Sommelier’s Perspective: the latest wine trends in Argentina