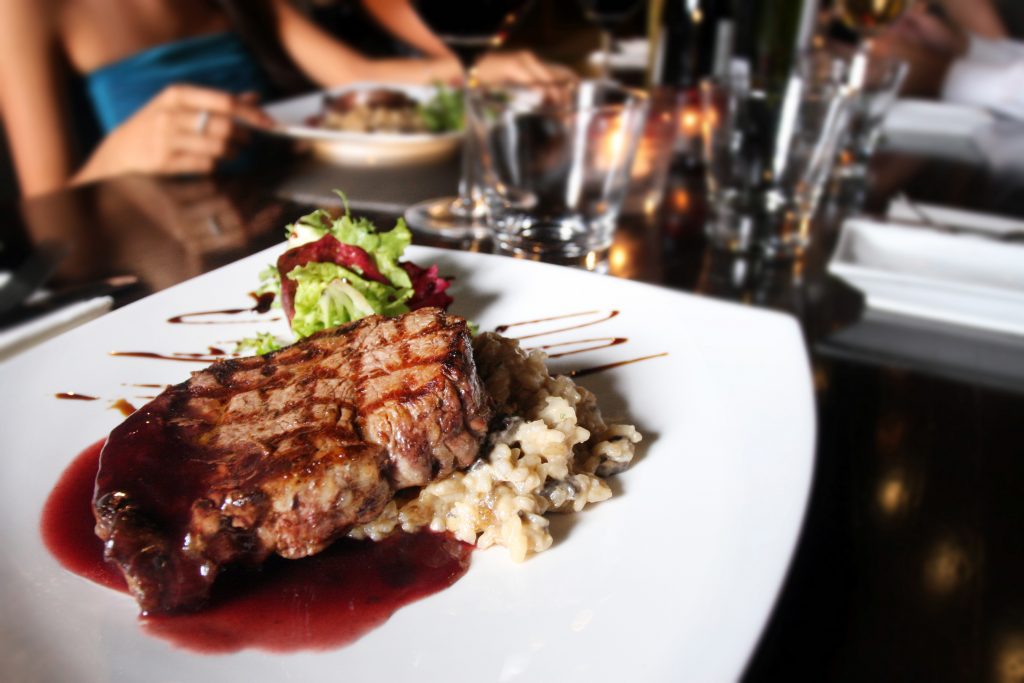 Argentine gastronomy is living its best moment. In 2017, Buenos Aires was the Gastronomic Capital of Latin America and 9 of the 50 best restaurants in Latin America are in Buenos Aires, according to the San Pellegrino ranking known as Latin America’s 50 Best Restaurants, released on October 24. Neither more nor less than one fifth of the total.

So without further-a-do here are the 9…

Tegui. Germán Martitegui is an eminence of Argentine haute cuisine. After working with Francis Mallmann and Beatriz Chomnalez in the nineties, it took him two decades of stylistic work to find the equation that defines Tegui as the best: a combo that crosses Buenos Aires cuisine with the techniques of haute cuisine, on a personal journey of flavours that remind you of adolescence and the present, endowed with much detail and aesthetics. Behind the graffitied door of Tegui in the heart of Palermo, the spacious and warm living room with the kitchen in the background is the ideal refuge to try a menu in constant renovation.
Costa Rica 5852, Palermo / Buenos Aires.

Don Julio. This temple of good beef and the best wines occupies a corner of Palermo with one of the best treasures stored in the cellar: vintage bottles from the 1950s of classic labels, as well as complete verticals of those wines that gave fame to Argentina. In that, the passion of Pablo Jesús Rivero, its owner, has no competition in the city. But in addition to the drinks, Don Julio’s secret is his beef. You can try aged cuts of more than 5 years – a rarity – to delicate pieces like entraña or cuadril.
Guatemala 4699, Palermo / Buenos Aires.

El Baqueano. The duo formed by the sommelier Gabriela Lafuente, and the chef Fernando Rivarola, has been bearing fruit in this culinary vanguard restaurant for several years. In fact, they created Kitchen Without Borders, which looks for the diffusion of local cuisines and products. Combining international techniques with products from these latitudes, in its cozy and renovated lounge you can try llama and quinoa croquettes, among other delicacies. Specialists in discovering new flavours, the wine list also offers some sophisticated bottles.
Chile 499, San Telmo / Buenos Aires.

Chila. With a display of cosmopolitan modernity, this restaurant whose glass terrace overlooks the docks of the old port of Buenos Aires is one of the pillars of Argentine gastronomic renovation. Andrés Porcel, its owner, has been building its reputation for over a decade, and this year has joined the Relais & Château chain. The kitchen is a search for excellence in the dishes supported by the seasonal menu, which was created by Soledad Nardelli and continues today under the watchful eye of the young Pedro Bargero.
Alicia Moreau de Justo 1160, Puerto Madero / Buenos Aires.

Elena. Since its launch in 2013, this restaurant inside the Four Seasons Hotel Buenos Aires has attracted the attention of meat lovers. With the executive direction of Chef Juan Gaffuri, in his spacious room with a colourful metal structure and open kitchen you can taste Angus and dry aged cuts and the best charcuterie and local cheeses. A mix of luxury and executive, the atmosphere is pleasant. The wine list, by sommelier Laura Cagnani, is a gem.
Posadas 1086/1088, Recoleta / Buenos Aires.

Aramburu. For the gourmet lovers, this small restaurant in the south of the city is a must stop, for three reasons. One, Gonzalo Aramburu is one of the most creative chefs of his generation. Two, he offers a step-by-step menu where you can see countless products and presentations, from fake corals to stones on which shrimp are cooked. Three, it is an intimate place where the experience of the dishes acquires a singular aesthetic character. With a well-chosen wine list, the choice of pairings is memorable.
Salta 1050, Constitución / Buenos Aires.

Crizia. The chef and owner Gabriel Oggero manages, in this sober and spacious Palermo premises, to combine the cuisine of the sea and the mainland, oysters as well as beef and lamb. With an oyster farm in the north of Patagonia, it is the right place to eat them and then jump to other dishes made from the menu. In the thirteen years it has been open, it has gone from strength to strength, with impeccable service. A more than deserved promotion to 50 Best.
Gorriti 5143, Palermo / Buenos Aires.

Proper. It only opened two years ago but is already among the best. With the help of chefs Leo Lanusol and Augusto Meyer in what could be a workshop, Proper is a vanguard of the wood-fired clay oven. In a combination of hipster aesthetics and accomplished and simple cooking, word of mouth consecrated the dishes of this duo of thirty-somethings.
Aráoz 1676, Palermo / Buenos Aires.

Mishiguene. Last but not least at number 50, is a recognition of a kitchen that does not usually shine in the city. Tomás Kalika, co-owner with Javier Ickowicz, is the chef who developed a concept of classic aggiornados. In a sophisticated environment, in a way that redefines Sephardic and Eastern European cuisine, with Middle Eastern influences. From the Liebe Tuna, the Kreplaj and the Meorav Yerushalmi, the kitchen of Mishiguene shines with its own light.
Lafinur 3368, Palermo / Buenos Aires.