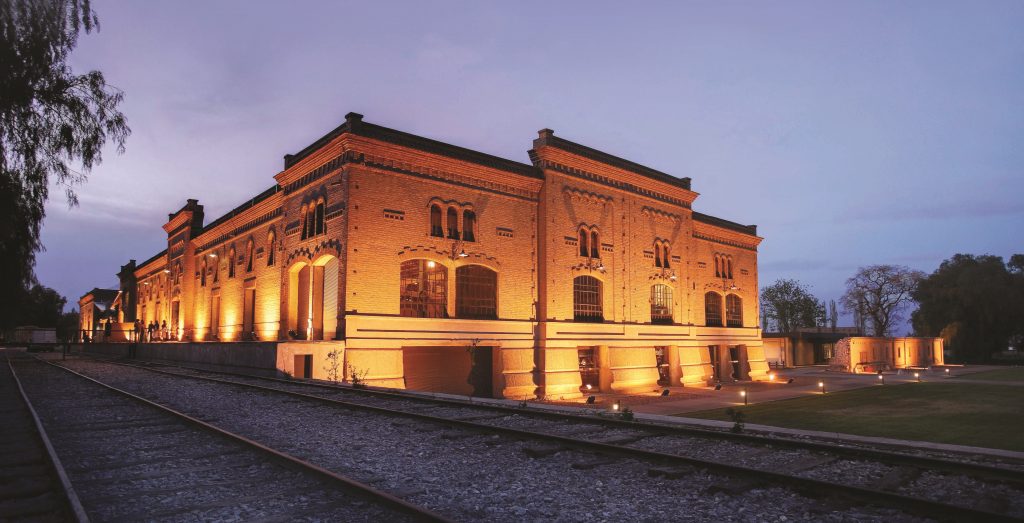 A brief history of Trapiche
Trapiche’s story began in 1883, in a small vineyard called ‘El Trapiche’, in Mendoza, Argentina’s main winemaking region. With more than 130 years of experience, Trapiche is in a continuous quest for the latest best practices and product innovations, such as the first Argentinean Oceanic region’s wines.

Trapiche’s winemaking team is led by Daniel Pi, Director of Winemaking. The winery is located in Maipú, Mendoza, at the foot of the Andes Mountains. This Florentine style building from 1912 is an icon of Mendoza’s wine architecture.

Awards
Trapiche ranks among the most internationally awarded wineries. It has been honored with 580 international awards and accolades since 2014, impressing the world’s most renowned wine critics and leaving a mark in the most important wine competitions.

A worldwide leader
Trapiche was one of the first Argentine wineries to enter the international scene. In 1889, the winery received its first international award in Paris. In 1920, two Trapiche brands, Fond de Cave and Broquel, began to captivate the world’s most demanding palates. The 70s saw a significant increase in exports, a trend that has remained constant to date. It is in this way that Trapiche has become Argentina’s largest fine wine exporter.

Espacio Trapiche is a stage where the wines of Trapiche, created by chief winemaker Daniel Pi are combined with the dishes of renowned chef Lucas Bustos. The wine menu includes new harvest and old vintage wines as well as the winemakers’ creations.

The dishes are prepared with freshly-made, tasty products from the winery’s farm and orchard. These products are cultivated in a biodynamic environment, according to the “0 KM” philosophy, a concept developed by the winery and concerned with fostering a closer connection between the land and the kitchen, and working with local producers.

Our goal is to be among the Top 100 Latin American Restaurants.