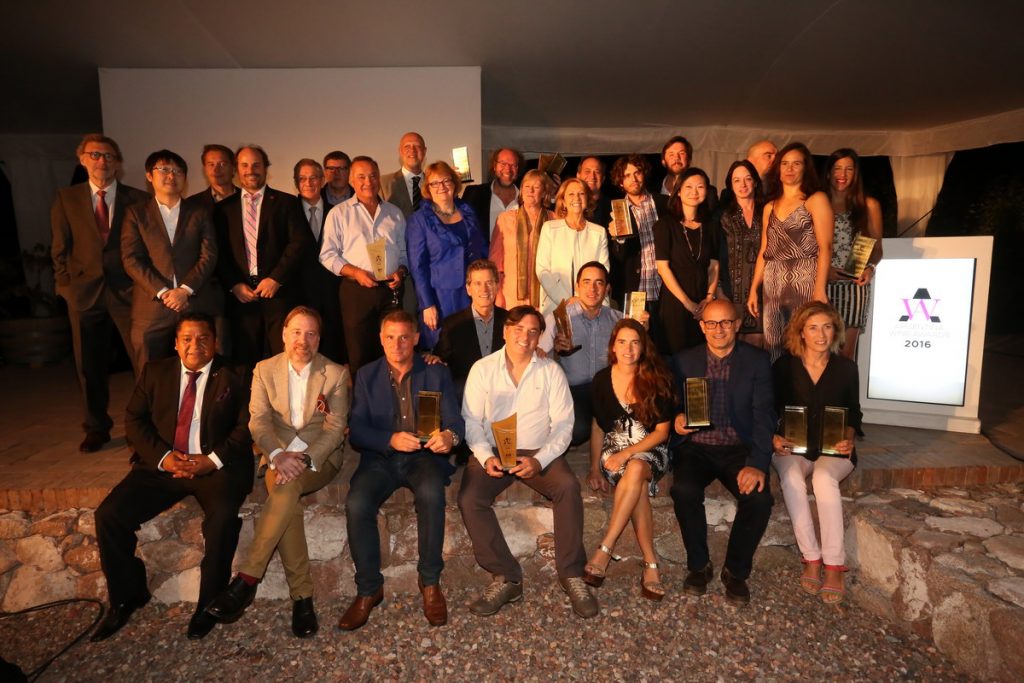 The tenth edition of the Argentina Wine Awards came to an end on 19 February. After a decade this latest edition was a turning point and the results have shown us that there are new paths for Argentine wine to go down.
Not only for the fourteen Trophies that were awarded, nor for the other medals among the 672 samples. But mainly because the thirteen international and six national judges put their emphasis on the identity of Argentine wine.

Italian winemaker Alberto Antonini, who produces wines from Armenia to California via France, Italy, Uruguay and Spain, summed it up in a single formula for the seminar Creating the Future, which ended the contest: “More Argentina and less Malbec” He told the panel. The time for regional diversity has arrived.
In the same vein, Anthony Gismondi, an influential Canadian journalist, stressed the confidence required to offer the world a regional flavour. During an interview, he said: “Argentina has provided ample evidence that they can make great wine, it’s time to trust them. Trust is the basis for the future. “

Yang Lu, a sommelier from the Asian market, said that “Chinese consumers enjoy many different styles of wine and for sure Argentina has wines for many different palates. ” Meanwhile, the sommelier Phil Crozier, from Gaucho Grill, asserted that “the English like the eccentric and Argentina has much to offer in that regard.”
The quest for identity in the wine here in Argentina reached its momentum at the AWA 2016 and is now pushing forward to define a new horizon, this time based on diversity. To follow the path, one needs to analyse the results of the competition.

First path
Regional Trophies reward the highest scores from each region. In this category there was a big surprise: only one Malbec, from the valleys of San Juan, Pyros Single Vineyard 2013. For more diversity, from Salta the Trophy for the Northern valleys went to El Esteco Fincas Notables Tannat 2013, made with grapes from Cafayate. While in Patagonia, the winner was a Semillon from Riccitelli Old Vines 2015, with grapes from Rio Negro. The Trophy for the Valleys of Mendoza, however, was for a blend, Numina Gran Corte 2013, developed by Salentein with grapes from the Valle de Uco.

Second path
The ten remaining Trophies also showed diversity and curious styles without being extreme. There was Altaland Tinto Historico 2014 (red blend between $6.99 – $12.99), from Bodegas Esmeralda. A blend of Malbec and Petit Verdot, it offers a fresh profile which instilled confidence in those making it and drinking it. In the same vein, the other red blend Trophy at $30 – $39.99 went to Porvenir Icon 2013, which combined vineyards and varieties of the Valle Calchaquí in an extroverted style, little ageing with a smooth texture and freshness in the mouth.

Third path
Benmarco Malbec 2013 ($20 – $29.99), was the winner of the Trophy in its price category. A fruity, herbal, juicy wine, easy to drink with fine tannins. This Malbec offers a style of terroir from Vista Flores, Mendoza.
In contrast, the other three Malbec’s that won Trophies are very different from each other. The Apple Doesn’t Fall Far From The Tree 2014 took the Trophy for the category $13 to
$19.99, and combines Lujan de Cuyo and Uco Valley 50/50, with body and freshness. Dedicado Malbec 2014 ($ 30 to $ 49.99) is made from grapes from a single vineyard, Cordon del Plata, in Tupungato, and is a powerful, fresh red. By contrast, Bramare Touza Vineyard Malbec 2013 won the Trophy for over $50, and is a single vineyard from Las Compuertas, Lujan de Cuyo. The style is fruity, spicy and fleshy on the palate, as is expected from the varietal in this region.

Fourth path
Bramare Lujan de Cuyo Cabernet Sauvignon 2014 won the Trophy for the category $30 –
$ 49.99, and deserves its own paragraph!
It is made by Paul Hobbs and his team with grapes from Lujan de Cuyo.
Hobbs, a longtime Californian winemaker who was also a juror at the contest, put Argentina on the path of this varietal during the seminar ‘Creating the Future’. He said that “conditions are right for a world-class Cabernet”. The award seems to agree with his comment and paves the way in that direction.

Fifth path
As for the whites, the regional Trophy that Riccitelli Old Vines Semillon 2015 won, stood out for the category $20 – $29.99. The variety is becoming more popular thanks to its excellent flavour both in the Patagonian region and in Mendoza. The Master of Wine and juror, Sarah Jane Evans declared her fascination for it. There are a dozen examples in the market and this award reaffirms the potential for excellent whites.
There were two other Trophies for whites. One for Torrontés where Ciclos 2015 ($13-$19.99) from Bodega El Esteco, took the award for its clean, slightly terpenic style. The other went to Trapiche Medalla Chardonnay 2014 ($13 to $ 19.99), made with grapes from Valle de Uco in the style of high freshness and moderate ageing.

So now that we know the opinion of the jury, the only thing left to do is to get out there, find these wines and start tasting!